Can the efficient use of set-pieces be pivotal to Premier League survival?

Following the opening two rounds of English Premier League games we are now starting to get a clearer picture of which players are likely to be entrusted with set-piece taking responsibility as managers really start to show their hands. In this, the first of a three part series, we will focus on teams that are likely to be embroiled in a relegation battle throughout the course of the season and will identify what conclusions can be drawn from the games played so far. Remember having an understanding of these designated set-piece takers is one of the 7 key fundamentals to daily fantasy football success. We’re expecting the three newcomers to be involved in the relegation dogfight along with Newcastle, Aston Villa, Sunderland and West Brom so let’s take a look at each in turn.

Bournemouth were very unfortunate not to come away with something from Anfield and as expected Matt Ritchie is taking most of the set-pieces for the Cherries. New signing Max Gradel is also being used on corners. Harry Arter and Christian Atsu have both been out injured but are expected to feature once fit. Yann Kermorgant seems to be out of favour at the moment so expect to see Callum Wilson or Max Gradel taking any penalties that Bournemouth earn.

Perhaps the most difficult team to assess at this stage is Watford. They fielded 11 different nationalities in their starting XI for their opening Barclay’s Premier League fixture and neither Adlène Guédioura nor Daniel Tözsér who both figured prominently in last season’s Championship campaign are currently in the Hornet’s squad. It’s worth noting that Tözsér in particular, who contributed the joint most goals from direct free-kicks (5) in the Championship last season still hasn’t re-signed. Ben McAleer has produced an intriguing article for WhoScored where he focuses on their new midfield base and how it might be the key factor in their battle for survival. So far Jurado seems to have grasped set-piece responsibility with José Holebas also being used on corners but new signing Alessandro Diamanti is vastly experienced and will most likely become the club’s main set-piece protagonist. Troy Deeney is likely to be the first choice penalty taker while Matej Vydra and Almen Abdi may feature on dead balls as well.

In Dead ball specialists we stressed how important it is, with the influx of summer transfers, to be able to identify new set-piece takers to bolster your daily fantasy football arsenal. Norwich is a case in point with Robbie Brady, who has started the season at left-back for the Canaries, seizing set-piece responsibility as expected. Wes Hoolahan has been surprisingly under-utilised so far but he should feature regularly as the season progresses. 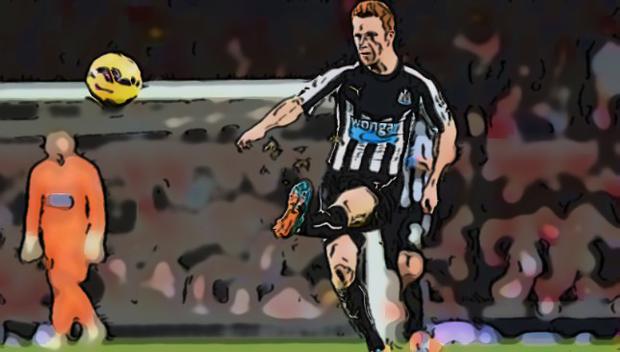 Steve McClaren looks to have a huge task on his hands to rejuvenate a struggling Newcastle side whose options for free-kick duties look very threadbare. Jack Colback has taken all of Newcastle’s corners so far while Georginio Wijnaldum, a player with no real set-piece pedigree, seems to be the preferred choice on free-kicks. Papiss Demba Cissé will most likely take penalties with Siem de Jong being the alternative if he can finally get back to full fitness.

New Sunderland signing Jeremain Lens has taken a fair share of corners so far. Sebastian Larsson and Adam Johnson have also been utilised as anticipated while Jordi Gómez should be heavily involved once he regains full fitness. Adam Johnson faces a 2 month spell on the side-lines so the aforementioned Gómez or Jermain Defoe should be the preferred penalty kick taker.

New West Bromwich Albion signing Rickie Lambert has a phenomenal penalty scoring record and will most likely get the nod over Saido Berahino who continues to be heavily linked with a move to Spurs. Lambert has also been taking some direct free kicks along with Chris Brunt who is sharing corner kick-taking responsibility for the Baggies with Craig Gardner.

Aston Villa had a huge clear-out over the summer and now find themselves with plenty of new faces to bed in. Jack Grealish missed the start of the season so Ashley Westwood has been on the majority of corner kicks so far. Jordan Veretout is expected to figure on all types of set-pieces this season and is a real option for penalty kicks if Scott Sinclair doesn’t get the nod. Leandro Bacuna has a terrific shot and should also figure on some direct free-kicks if he can hold down a regular starting spot.

There will no doubt be a few more additions to some of these squads before the transfer window closes, however, since the teams at the bottom are likely to be shipping a lot of goals some of the players identified above might hold the key to securing regular podium finishes for the aspiring daily fantasy football manager.

Looking at the bigger picture – any team that picks up a lot of points from set-piece goals might just do enough to survive!

Will Pedro spark Blues into Life ? »