As Nicolás Otamendi’s £28.5 million move to Manchester City draws closer, Opta-powered fantasy football game www.oulala.com have taken a look at the Argentine against the man he is expected to replace in Manuel Pellegrini’s first choice XI, Eliaquim Mangala, a player Otamendi knows well after the pair played together at Porto.

Despite Mangala’s impressive start to his Premier League campaign this season, the comparison was made on last season’s stats in each of the player’s respective domestic leagues, La Liga and the Premier League.

The Argentine made 10 more league appearances for Valencia than Mangala did for City, clocking up almost 1,000 more minutes playing time. The analysis was made on a per game basis and in the seven key areas analysed, Otamendi led in every single one. 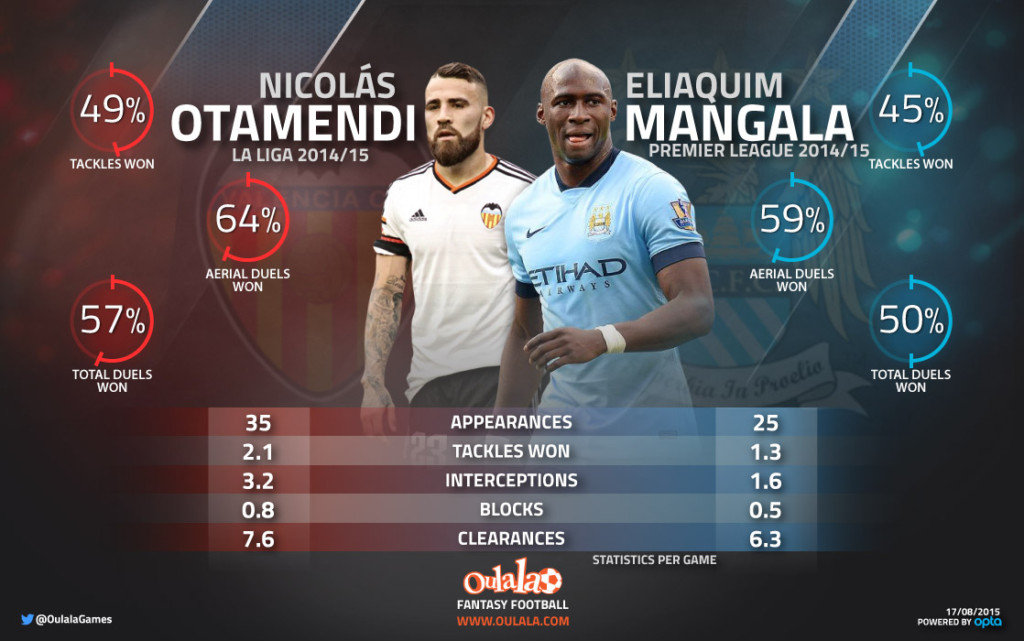 Despite his small stature, the Argentine also led aerially and physically for both aerial duels won (64% to 59%) and total duels won (57% to 50%).

The 24-year-old, Mangala, has displayed much promise this season in Manchester City’s impressive league performances against both West Brom and Chelsea. However, it will unlikely not be enough as Pellegrini is expected to introduce Otamendi straight into the first-team alongside captain Vincent Kompany.