Will Pedro spark Blues into Life ?

Chelsea are on the verge of signing Barcelona winger Pedro for a reported £22 million fee.

It will see Jose Mourinho’s side add the much needed fire-power that their front-line has missed. The club relied heavily on Diego Costa and Eden Hazard for the majority of their goals last season, with the defenders also chipping in.

Opta-powered fantasy football game www.oulala.com have analysed the Spaniard’s attacking stats from last season on a per minute basis to see how he matches up to Chelsea pair, Oscar and Willian. 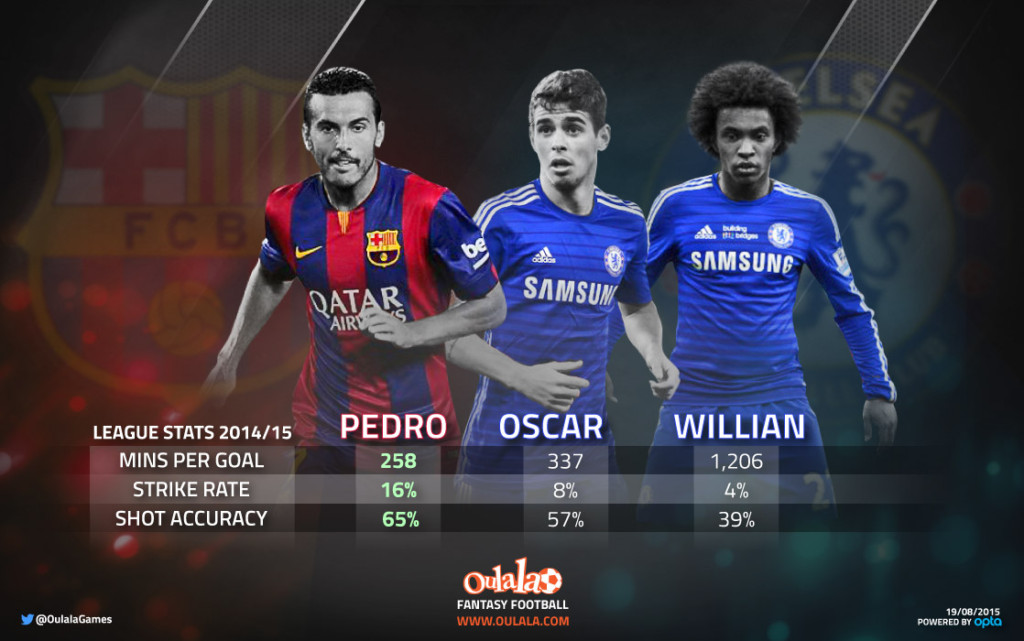 In contrast, Chelsea duo Oscar and Willian failed to shine in the final third of the pitch.

The Spaniard also led the pair for strike-rate too, attempting fewer shots. Pedro enjoyed a 16% goals to shots ratio compared to Oscar’s poor 8% and Willian’s dismal 4%.

Furthermore, Pedro also excelled for shot accuracy with 65% of his shots hitting the target. Oscar managed 57%, while Willian could only muster up 39% of his shots on target.

The 28-year-old’s move to Stamford Bridge should see the Blues’ attacking threat significantly strengthened as they look to reverse their poor start to the season.