Euro 2016 is now just a few short weeks away and the tournament promises to be huge for daily fantasy football around the world.

Daily fantasy football was still a relatively new concept when the World Cup took place in Brazil two years ago, in Europe at least, but since then the industry has exploded.

However, it remains ripe for massive expansion and it could well just need one big event to cross over into the mainstream – could Euro 2016 be the catalyst the daily fantasy football (DFF) industry needs to kick on?

How big is fantasy football now?

The Fantasy Sports Trade Association reported in 2015 that there were an estimated 51.8 million fantasy players in the US and Canada, which is currently the top global market for fantasy sports.

But while US sports such as the NBA, NHL and the NFL have all contributed to the huge growth of fantasy sports, the rise of fantasy football has provided a new angle for the industry to explore.

Football is popular all over the world, while most of the global audience for US sports lives in North America, so the sky could well be the limit for the DFF industry. Around 50 million people in North America played fantasy sports over the course of 2015 and that figure is set to grow even more this year.

Gamers worldwide will generate a total of $99.6 billion (£68.26 billion) in revenues in 2016 according to the latest quarterly update of Newzoo’s Global Games Market Report, indicating the continued strength of the gaming market overall.

While daily fantasy football currently makes up only a small proportion of that figure, there is clearly a lot of potential, particularly among mobile gamers, with most of the top fantasy football sites now offering apps to enable players to pick their fantasy teams while on the move.

FanDuel and DraftKings are by far the market leaders in the daily fantasy football industry, paying out over a billion dollars each per year, with massive cash prizes regularly offered to entice players to sign up and then stick with one of the operators. FanDuel has raised $361 million from investors according to a Forbes report from 2015, while DraftKings has raised $375 million. 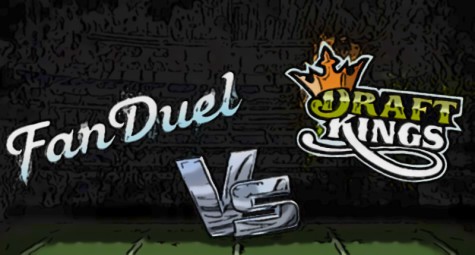 Sites like Mondogoal have gone even further, offering players the chance to win a cool £1 million if they have the skills to pick a “perfect” fantasy football team – which is won by earning the best possible score on a chosen gameweek.

Daily fantasy football sites have yet to reveal the prizes that will be up for grabs during this summer’s Euro 2016 tournament, but it is sure to be a huge chance to sign up new users.

Fantasy Sports companies have reached a financial turnover of nearly $3 billion in the US – that number looks set to keep on rising too.

This summer is likely to be characterised by new daily fantasy football launches, with FanDuel expected to launch in the UK in the coming weeks, and other operators planning their arrivals.

UK betting systems supplier A Bet A is among those to be making a move into daily fantasy football in time for Euro 2016, with its MegaFan Manager game being launched for Euro 2016.

A Bet A operations manager Jason Hardman explains that the product will be available through UK and Irish retail bookmakers, with a team costing £2 to enter.

“Daily fantasy sports games are enjoying huge success online around the world and we’re excited to now be able to deliver such a popular product into Britain’s betting shops for the first time,” he said, adding that a Premier League game could follow next season if Euro 2016 is a success.

“Our aim has always been to breathe new life into those shops with compelling content and we firmly believe a game like MegaFan Manager will not only interest existing customers but appeal to a new generation too.”

Valéry Bollier, chief executive of Oulala Games, believes the rise of big data can be used as proof that fantasy sports betting (FSB) has a big future in the UK and in Europe.

Big data “is revolutionising our industry and this is just the beginning”, he says.

Bollier adds: “One can therefore predict that, in the long run, sports betting clients will massively become FSB players. To reduce this risk, it seems logical that sports betting operators start offering the FS experience to their clients as soon as possible, to anticipate this potential shift.”

Big data already plays a role in fantasy sports – analysing the figures is vital for success in the field – but Bollier believes big data also shows what a bright future the industry has.

How big could fantasy football get?

Shergul Arshad, chief executive of Mondogoal, believes there is huge potential for daily fantasy football in both the UK and in Europe. 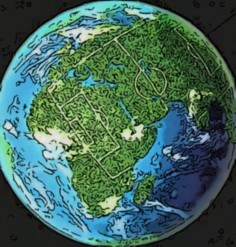 He says there are already about 30 million fantasy players across Europe, with around 15 million people playing in the UK. This is a huge claim to make, especially given the fact that the UK has a population of 64 million, although some 3.6 million players are thought to be signed up to the official Barclays Premier League fantasy game for the 2015/2016 season.

With “tens of millions” of people across Europe having sports betting accounts, the trick will be persuading these individuals of the many benefits of playing daily fantasy football for cash.

Arshad adds: “When you start to activate soccer fans around the world who are used to putting hundreds of pounds every week into sports betting…Now you are giving them a skill game, where they are actually building fantasy teams – and are winning huge [prizes].”

According to the Fantasy Sports Trade Association and Eilers Research, some 10% of Americans currently play fantasy sports.

If the industry could match that percentage in Europe, that would mean millions of new daily fantasy football users signing up to play.

Fantasy sports in Europe has a history dating back 20 years – but this could be a breakthrough year due to the excitement in the industry around Euro 2016.

All or Nothing for Klopp’s Liverpool »