A Liverpool career spanning 17 years has seen Steven Gerrard grow in to one of the best midfielders that the Premier League has ever seen.

Opta-powered fantasy football game www.oulala.com took to the task of focusing on Gerrard’s career in numbers against a host of Premier League clubs through his time at Liverpool.

Between 2005 and 2009, a 10 game spell of European battles turned Chelsea into Gerrard’s most regular Premier League opponent. The midfielder faced the Blues a total of 40 times in all competitions. 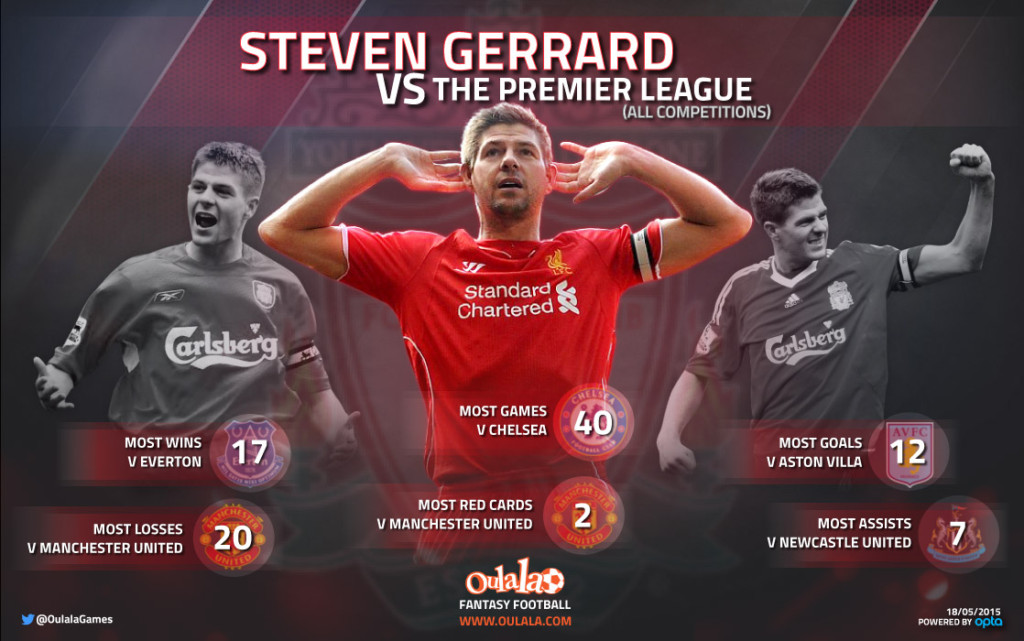 The 34-year-old enjoyed his most wins against neighbours Everton, 17 victories from a total of 33 games also saw him net 10 goals against the Toffees.

Gerrard would probably prefer to forget his record against old foes Manchester United. 20 losses from 34 games make United the side he has lost to on the most occasions. Manchester United are also the side that Gerrard has picked up his most red cards against (2). The most recent came in March during Liverpool’s 1-2 loss to United at Anfield.

A remarkable player, passionate leader and unbelievable character. What a career.