Our headline pick for Week 12 is New York Red Bull’s Felipe. He’s currently rated 2nd best to Darlington Nagbe in our midfielder rankings but this fixture against Philidelphia Union looks an ideal opportunity to rack up some serious points. His quick feet and precision passing should not be under-estimated  and when you couple this with his ability to win free-kicks then there’s every reason to believe that a decent points tally is well within his grasp in this match-up.

Forwards – The bookmakers think that the Red Bulls are the team most likely to score the highest number of goals in Week 12 so Bradley Wright-Phillips is an easy choice. Colombus Crew should get amongst the goals this week so MLS joint-leading scorer Kei Kamara also gets the nod. New England’s Charlie Davies should be good for a start here and completes our 3-man attack.

Midfielders – Seattle’s tough-tackling Cuban Osvaldo Alonso joins Felipe in midfield. They are joined by Juan Ramirez who wins plenty of fouls with his strong dribbling ability and Orlando’s Cristian Higuita.

Defenders – New England’s London Woodberry is a youngster who offers plenty at both ends of the pitch while Keymar Lawrence has been a revelation for the Red Bulls this year and is included along with Crew’s Michael Parkhurst.

Goalkeeper – Colorado – Vancouver looks a tight affair so we’ve gone for Clint Irwin between the sticks. 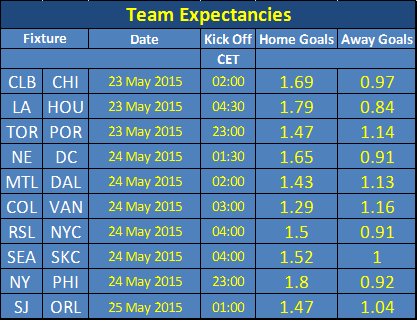 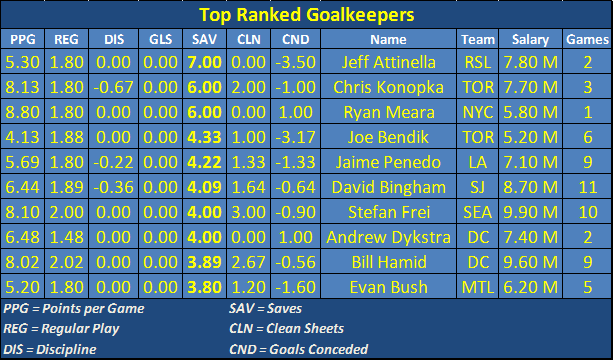 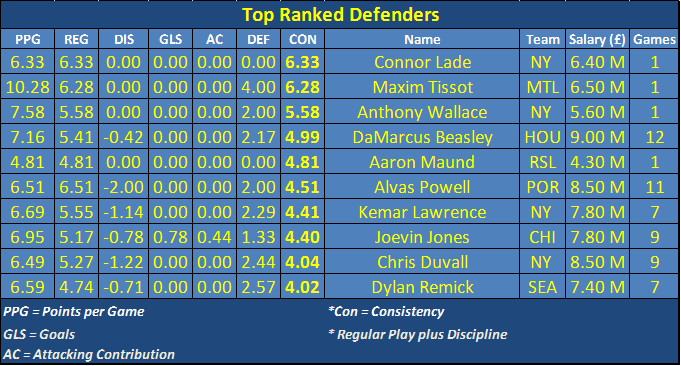 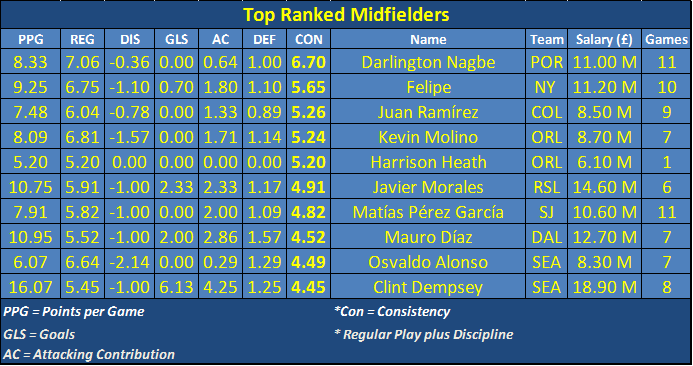 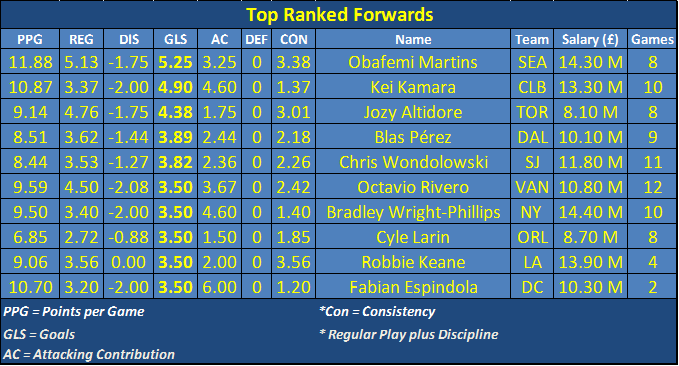