Middlesbrough have been by far the most active in the transfer market of the three Premier League new boys, bringing in three exciting signings ahead of the new campaign.

A big question mark remains over the head of Aitor Karanka, who memorably walked out on his team midway through last season, although they recovered to end the campaign strongly.

Middlesbrough’s series of draws in the closing weeks was enough to see them return to the Premier League after a few years away from the top-flight, the north-east side finishing second.

Money is available to spend, with chairman Steve Gibson continuing to bankroll the club, but all eyes will be on the mental strength of both Karanka and his squad in the coming season.

Karanka’s typical formation is the en vogue 4-2-3-1 preferred by coaches all over the world, with a pair of energetic midfielders protecting the back four and three creative players lined up behind a solitary striker.

The flat-back four Boro operate with was incredibly mean last season and they will try to build success from their solid defence again this season, with Ben Gibson and Daniel Ayala forming a superb partnership in the heart of the Boro back line.

Gibson and Ayala will resume their pairing from last year, while Grant Leadbitter is the key midfielder and is expected to retain his place in front of the defence.

Gastón Ramírez’s new contract is not yet signed and sealed due to work permit issues, but assuming he remains at the club he will be in Boro’s strongest team in the number 10 role.

Goalkeeper Dimitrios Konstantopoulos is perhaps one of the weak points in the Middlesbrough team, with the 37-year-old Greek stopper prone to making strange and unpredictable errors.

However, he kept a lot of clean sheets in the Championship last season so probably deserves to be given the chance to keep goal for the club in the Premier League.

Tomás Mejías provides cover, but a new number one could well be on the shopping list for Karanka ahead of the big kick-off next month.

Ayala and Gibson were a terrific combination last year and if Boro are going to survive they will have to be a point of strength for their side again. 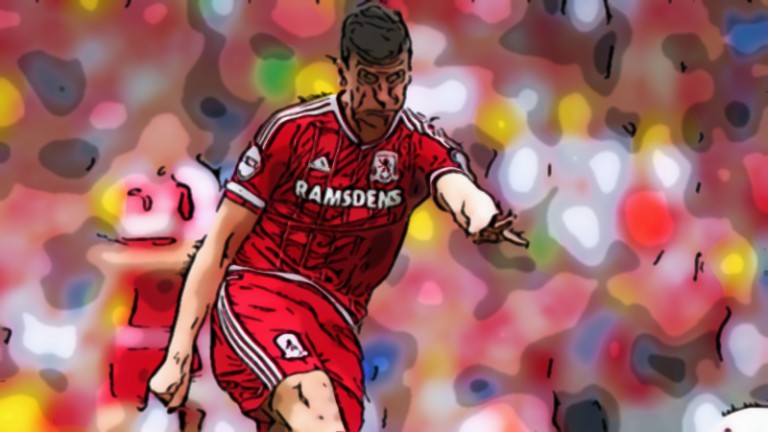 The left-back, George Friend, is similarly excellent, but teams may target the regular right-back, Emilio Nsue, as the weakest member of the Boro defence.

Former Atalanta midfielder Marten de Roon, the subject of have a fascinating WhoScored article by James Horncastle, is likely to sit alongside Leadbitter as part of the two-man defensive shield, with the new arrival Boro’s biggest signing of the summer so far.

Ramírez plays his best football in the hole, with Stewart Downing getting another crack at the top-flight at his hometown club. The right wing spot could be taken by Albert Adomah, with another new signing, Viktor Fischer, also in contention for that role.

Middlesbrough paid a huge fee and offered massive wages to bring Jordan Rhodes to the club from Blackburn Rovers in January, but David Nugent has more Premier League experience and may get the nod to start in the lone striker role.

Rhodes has a fantastic goals record in the Championship, but his build-up play is average and the all-round talents of Nugent may be preferred, while Cristhian Stuani is another option in attack.

Stuani is a dangerous weapon from the bench, while Fischer may also operate as a substitute, at least initially, until the former Ajax man is able to adapt to the rigours of English football.

Adam Clayton is the main cover for defensive midfield, while Adam Forshaw adds depth out wide. Yet another Adam, Adam Reach, provides versatile cover for a range of positions.

New signing defender Bernardo Espinosa, from Sporting, offers another option at the back.

Leadbitter is the regular penalty-taker for Middlesbrough and he also takes responsibility for the majority of the team’s corners too, with Ayala and Gibson both dangerous threats when they come up from the back for set-pieces. 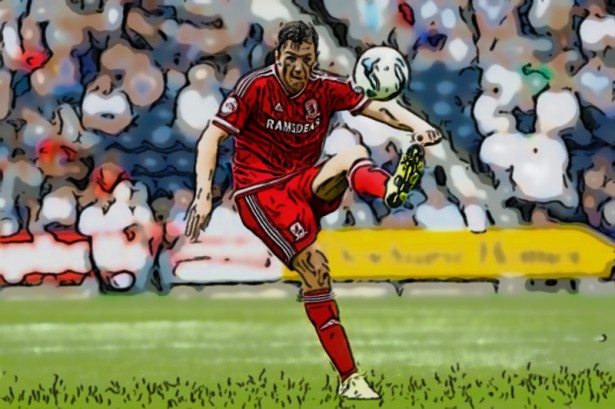 Direct free-kicks are likely to be split between Downing and Ramírez, although Fischer may also get the chance to step up from time to time.

Middlesbrough have been busy over the early summer weeks, bringing in Fischer, de Roon and Espinosa brought in for around £16 million combined.

Much will depend on Ramírez’s work permit issues, with the playmaker having agreed a three-year deal to extend his stay at the Riverside, but the paperwork is currently going through the appeals process.

Among the players who were released at the end of their contracts last season were the experienced defender Jonathan Woodgate and the injury-plagued utility man Rhys Williams.