The Legend of Troy

Newcastle, Everton and Swansea have all been linked with Troy Deeney recently after the Watford striker netted 21 goals last season, helping the Hornets claim promotion to the Premier League for the first time in eight years.

The 26-year-old has now totaled 45 Championship goals in his last two seasons following the 24 he scored in the 2013/14 campaign. To put this into context, Danny Ings scored 21 Championship goals in 2013/14, Charlie Austin 19 and Jamie Vardy 16. All three of course went on to follow that up with terrific performances in the Premier League. 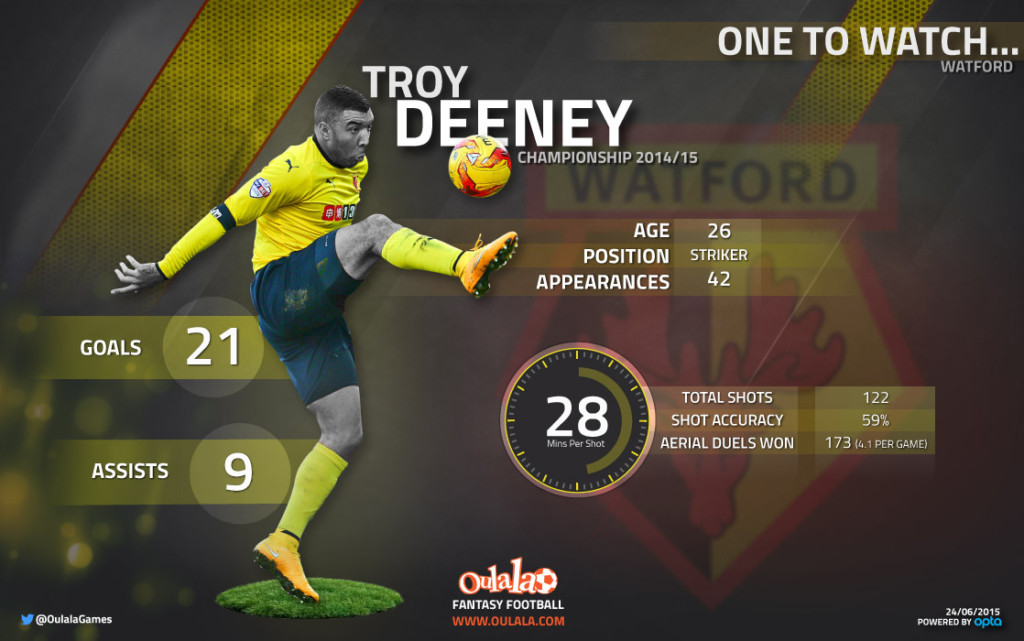 The Watford man is deadly when it comes to shooting. An accuracy of 59% is exceedingly high considering the number of shots that he makes. Deeney attempted a total of 122 shots last season at a rate of 2.9 per game or one every 28 minutes.

Deeney is also a proven provider after 9 assists last term, the most from any player at the club and the third most from any forward in the Championship.

The striker will undoubtedly cause Premier League defenders problems with his physical and aerial presence, highlighted by the 173 aerial duels that he won last season, more than double that of any other player at the club.

One thing that is certain is that Troy Deeney’s shirt collection will drastically improve next season, assuming his opponents want to swap shirts with him after he has given them the run around for ninety minutes.