With Marseille accepting an offer of £10.7 million for winger Dimitri Payet and the 28-year-old set to double his wages at West Ham, Opta-powered fantasy football game www.oulala.com have taken a detailed look at what kind of player the Hammers will be getting for their money. 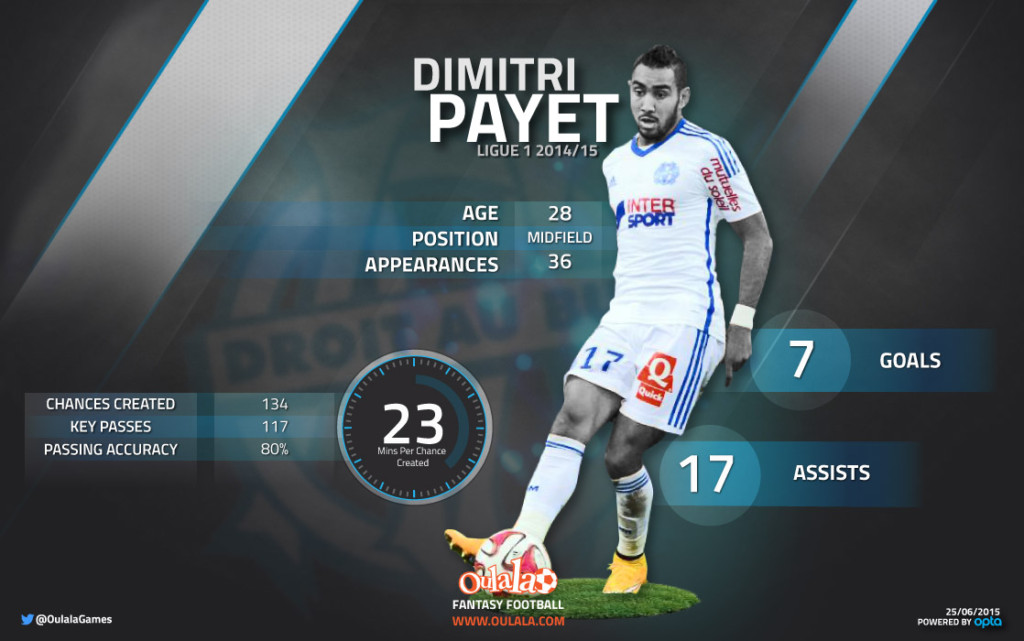 Payet also led the French league for key passes, 40 more than any other player in Ligue 1. An impressive 117 in total at a rate of 3.25 per game. The 134 chances that the 28-year-old created last season saw him set up a team mate every 23 minutes.

The French international enjoyed an 80% pass accuracy and also weighed in with a healthy 7 league goals for Marseille. Payet also attempted more shots from outside the area than any other Ligue 1 midfielder last term with 58 in total, compared to just 17 shots from inside the box.

The stats suggest that the Hammers have landed themselves a star in the form of Dimitri Payet, and as the club’s second signing of the summer already, new boss Slaven Bilic’s new look West Ham is slowing beginning to form.