Jack of Trumps – the sleeper in the pack

If you are going to be a successful punter you need to find an edge. To be able to do this you need to be able to weed out a value bet where the odds offered by the market makers give you a probability value higher than the real probability of it happening. Many people who make a living from betting will specialize in a particular area but a couple of examples could be someone who is privy to inside information on breaking team news allowing them to place bets before the market reacts or someone who has their own horse-racing speed figures that pin-point well-handicapped horses.

The horse-racing example fits in well with daily fantasy sports since the game operator is effectively handicapping each player when setting their individual salary caps. The challenge for the fantasy sports player is to be able to identify a player that might be under-valued.

The crux of your squad will be made up of consistent performers who produce week in week out. However, if you can detect a couple of value purchases it might free up more of your total expenditure allowing you to add one or two more of those ‘must-have’ players as well as giving you a potential secret weapon that could just swing a Guaranteed Prize Pool contest in your favour.

So how do we find these players?

‘I really like Grealish as a player. He has got promise. I haven’t seen enough of him to know whether he is a No 10 or better coming off the left-hand side. Only time will tell how many goals he has in him. Only time will tell if he is going to pull his socks up, too. Juan Sebastian Veron had that habit as well.‘

Jack Grealish has really burst onto the scene lately with Sherwood giving him his wings following a bit-part existence under Lambert. He’s certainly caught our eye with his Chris Waddle commonalities so we decided to look at his performances more closely. He’s recorded a WhoScored rating above 7 for his last 3 appearances enabling him to feature in their Top 20 In-Form Midfielders list and Martin Laurence has been quick to praise his creativity in a recent article for the website.

Currently valued at just £6.7m by Mondogoal his average Points Per Game score of 3.56 is somewhat misleading. He has started just 5 games, averaging 7.39 PPG for those, a figure that would see him featuring amongst Mondogoal’s Top 20 midfielders. 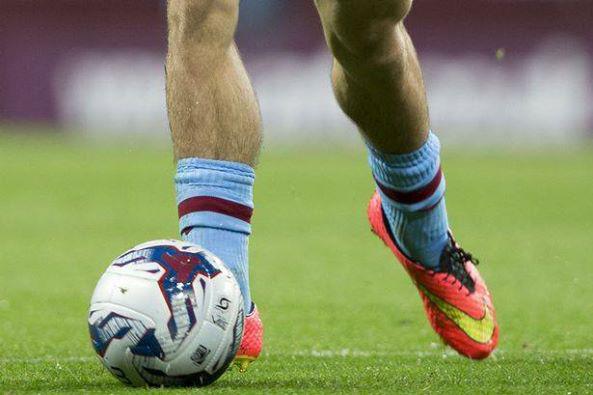 Despite managing to get himself sent off during a cameo performance in the FA Cup against West Brom his discipline looks good, committing very few fouls. His attacking style, where he asks questions of defenders bodes well for the number of points he can pick up for fouls won. If he can add some goals and assists to his repertoire before the end of the season he could record some big figures. It will be interesting to see how Sherwood accommodates him once Gabby Agbonlahor returns from injury but he looks ‘undroppable’ at the moment.

Grealish, who rolls down his socks during games due to his superstition has a few off the pitch issues to contend with – he needs to nail down his national colours and was also embroiled in a ‘laughing gas’ controversy that came back to haunt him but if he can keep his feet firmly on the ground and let his socks do the talking then he could be in for a fantastic career.

He’s our ‘sleeper in the pack’ and we’ll certainly be looking to include him in our Team of the Week between now and the end of the season when contest conditions are favourable.