FPL Tips for a Double Gameweek

How to Pick a Fantasy Team for a Double Gameweek

Gameweek 37 is set to be one of the biggest double gameweeks (DGW) of the season, with a handful of Premier League teams playing twice as the end of the season nears.

Even though we primarily focus on daily fantasy football, we have run the rule over the Official Fantasy Premier League (FPL) game, since it is the penultimate round with so much still left to play for. Double gameweeks are a chance to rack up massive fantasy football points to propel your team up the leaderboard and into contention for big prizes. Paying close attention to your team selection is therefore more important than ever, but what should you be looking for from players in a DGW?

Here is the Fantasy Football Portal guide to selecting a DGW team, with our suggestions for a team for the coming week of action.

Manchester United are one of the teams we are stacking in our DGW squad, so we start with the brilliant Spanish goalkeeper David de Gea.

He has kept 14 clean sheets this season and games against Norwich City and West Ham offer the chance to improve that total further during the double gameweek.

Even if de Gea does not keep clean sheets, he tends to make lots of saves that earn him points.

Defenders who love to attack are ideal for fantasy football and Antonio Valencia certainly fits that criteria, with the converted winger in action twice for Manchester United during the gameweek.

Louis van Gaal often makes a lot of changes to his full-backs, but Valencia has played 90 minutes in each of United’s last three Premier League fixtures.

To keep their Champions League dream alive West Ham need to have a great GW37 and Aaron Cresswell is a threat from the back who is worth considering for your fantasy football team.

We’re stacking our team with West Ham players as they have two very winnable home games against Swansea City and Manchester United during the double gameweek, with Cresswell the first of three players from Slaven Bilić’s team that make it into our selection.

Liverpool have two home games in GW37 and Alberto Moreno has been in good form recently, collecting two assists against Newcastle a fortnight ago.

Moreno also scored his first league goal of the season recently in a big victory against Stoke City and he is developing well under the leadership of Klopp, although the Reds are unpredictable.

Our faith in West Ham continues with their captain, Mark Noble, who has scored back-to-back braces in the Premier League.

A pair of home games gives him the chance to add to his seven goals and four assists this season, while Noble also takes penalties for West Ham, which is a huge plus for fantasy users.

Our captain for the DGW is another West Ham player, the brilliant playmaker Dimitri Payet.

With nine goals and 11 assists for the Hammers, Payet has been one of the league’s outstanding midfielders this season and his consistency is key for fantasy success.

Payet also takes a devastating set piece, which could provide extra vital points to your fantasy football side in your quest to compete for the big cash prizes.

Eden Hazard has been unpickable for much of the season, with the reigning Player of the Year struggling to match his performances from Chelsea’s run to the title.

But Hazard seems reborn in the build-up to this summer’s Euro 2016 tournament, scoring three goals in his last two games, and Chelsea have trips to Sunderland and Liverpool in GW37.

Roberto Firmino had a tough first half of the season but he has been superb since the appointment of Klopp, with nine goals and eight assists making him one of the Premier League’s top performing fantasy midfielders this season.

Assuming he is selected for Liverpool’s double-header, Firmino looks a safe bet for a good score.

Selecting players from struggling clubs is always risky, but you have to take some gambles in fantasy football and Jermain Defoe is one of the most reliable goalscorers in the Premier League.

Defoe has scored 14 league goals this season, including two in his last three games, and his Sunderland side face Chelsea and Everton, both at the Stadium of Light, during GW37.

Marcus Rashford has been one of the season’s breakthrough players and he is still available at a great price, with Manchester United facing Norwich City and West Ham during GW37.

Rashford’s low transfer fee means we have plenty of money we can spend elsewhere on our team – it is vital to find bargains to balance your fantasy squad alongside more expensive picks.

Perhaps our most risky selection is Daniel Sturridge, who has struggled to find a regular place in Liverpool’s team under Klopp, despite scoring 11 goals in 22 games in all competitions. 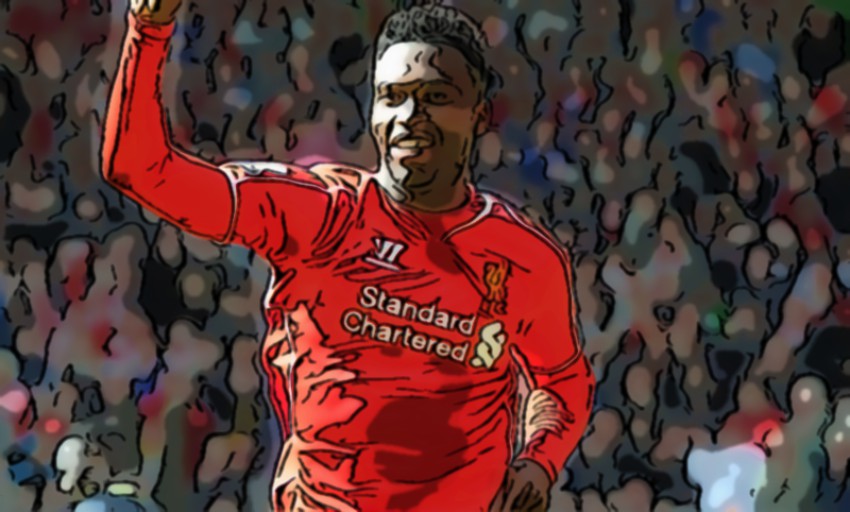 That goal record stands for itself and if Sturridge is picked he could be one of our top-scoring players over the course of the DGW.

Sturridge is also our vice-captain in the unlikely event that Payet does not play any minutes.

Karl Darlow is one of the cheapest goalkeepers in the official Fantasy Premier League game and Newcastle United face rock bottom Aston Villa in GW37.

With games running out, Sunderland need results fast if they are to survive, with two home games in GW37. Patrick van Aanholt is a cheap defensive option who chips in with goals and assists.

Wes Morgan has scored twice for the new Premier League champions Leicester City in recent weeks, so although his side only play once in this DGW – at home against Everton – he is worth having on the bench as a reserve, especially with his low price.

Finally, Norwich are desperate for points and Robbie Brady is one of their key players. A set piece specialist – key for fantasy football teams – Brady has three goals and four assists this season.

One man’s loss is another man’s gain »