Will Middlesbrough or Brighton join Burnley in the Premier League?

Burnley confirmed their promotion to the Premier League with a scrappy 1-0 victory against Queens Park Rangers on Monday – but the fight to join them will go down to the final day. 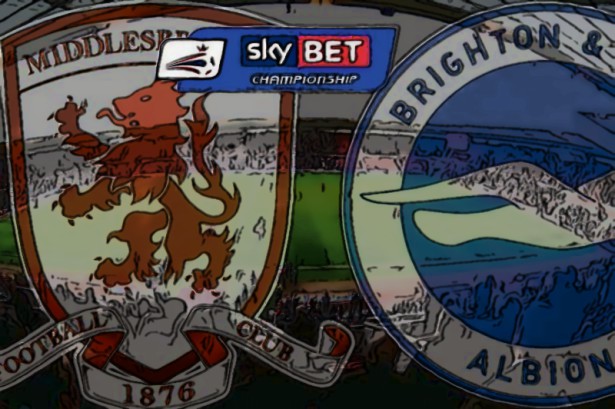 Middlesbrough and Brighton and Hove Albion face off at the Riverside Stadium in a winner takes all clash that could scarcely have more riding on it.

Brighton have never been to the Premier League, while Boro have been out of the top-flight since their relegation in 2009, with both sides having invested heavily in a bid to seal promotion.

A draw at already-relegated Charlton Athletic may be enough for Sean Dyche’s Clarets to win the Championship title, but all eyes will be on the north-east for a dramatic make-or-break match.

Pressure building on Karanka and Hughton

The pressure on promotion-chasing sides is indescribable at this stage of the season, with Middlesbrough and Brighton both seeming to wilt under the heat last weekend.

Boro can count themselves unlucky not to have won at Birmingham City on Friday, with the linesman wrongly disallowing a Daniel Ayala goal, but Gary Rowett’s Birmingham were the better side for most of that game.

Aitor Karanka’s side have now drawn their last three matches following a six-game winning streak, a dip in form that could not have come at a worse time with promotion up for grabs.

However, another draw on the last day when Brighton visit the Riverside would seal promotion.

Chris Hughton’s Seagulls also seemed out of sorts in their game, needing an injury-time equaliser from James Wilson to salvage a 1-1 draw at home to Derby County on Monday.

That result opened the door for a Sam Vokes header to secure Burnley’s promotion at a sun-bathed Turf Moor, with Wilson’s goal proving irrelevant for Brighton, as only a win will now do for them at Boro.

Calling the result of that game is impossible, but whoever holds their nerve will get the perfect reward of promotion to the Premier League.

Boro’s mean defence – they have conceded 30 goals this season, the fewest in the division – might just give them the edge.

However, Brighton have scored 71 goals in the league, which is also the best total in the division.

Promotion was the main goal for Burnley, but they have already set their sights on lifting the title at The Valley, with that match likely to finish after Boro v Brighton due to planned supporter protests against the leadership of Charlton’s unpopular chairman Roland Duchâtelet.

Burnley’s midfield leader Joey Barton set the tone in the immediate aftermath of Burnley’s promotion, insisting that winning the championship is his ultimate ambition, even as his team-mates continued to celebrate wildly on the Turf Moor pitch.

“I think with the run we’ve been on we have earned the right to be champions,” Barton said.

“We need to go and win the league. That’s what it’s about and there is nothing else that interests me. There is still something to play for and that’s Charlton on Saturday. 30 or 40 years down the line, your kids and theirs will be able to say ‘my dad was a part of that side’ and it doesn’t say who the runners-up were on the trophy. It’s important to be a part of history.”

Burnley’s third promotion to the Premier League in seven years is already a huge achievement for the East Lancashire club, but they won the play-offs and finished second the last two times they reached the top-flight. The title would make promotion taste all the sweeter for Dyche’s men, who are unbeaten in their last 22 league games, a run dating back to Boxing Day.

The Championship play-off places are all-but fixed, with Hull City confirmed to play Derby County and Sheffield Wednesday awaiting either Middlesbrough or Brighton in the second semi-final. 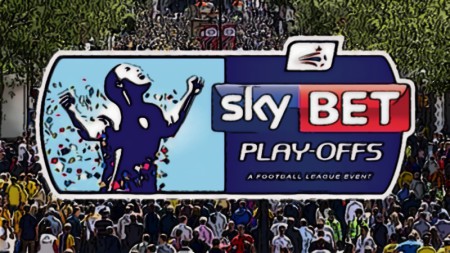 Hull are currently occupying fourth position in the league table so they will have home advantage in their semi-final as long as they stay above Derby, with Steve Bruce’s Tigers facing Rotherham United at home on Saturday, while the Rams host Ipswich Town.

Momentum is usually key in the play-offs and Derby are in solid form, unlucky not to beat Brighton on Monday, while Hull suffered a shock loss to relegated Bolton Wanderers at the weekend.

Wednesday broke a run of four games without a win by beating Cardiff City 3-0 at Hillsborough on Saturday to book their top-six spot, but Carlos Carvalhal’s side are likely to deemed the outsiders.

Joey Barton is £7m on FantasyBet (vs Charlton, £100m Budget) in their Championship finale contests

FPL Tips for a Double Gameweek »