Manchester United defender Chris Smalling spoke in admiration of debuting goalkeeper Sergio Romero, as the Argentine played a key part in United’s 1-0 home win over Tottenham in the Premier League’s opener on Saturday.

A crucial block from Kyle Walker in the first-half and two saves at the death to deny Christian Eriksen in the second-half had Smalling purring.

“I think Sergio looked the part. He came out and commanded his box, which is what you want behind you as a defender because when you’ve got a goalkeeper who comes out with that presence, it mops up a lot of the danger.”

However stats from Opta-powered fantasy football game www.oulala.com show that Romero’s distribution left a lot to be desired. A misplaced short pass, 16 inaccurate long balls and a pass accuracy of just 52.8% highlighted the 28-year-old’s frailties. 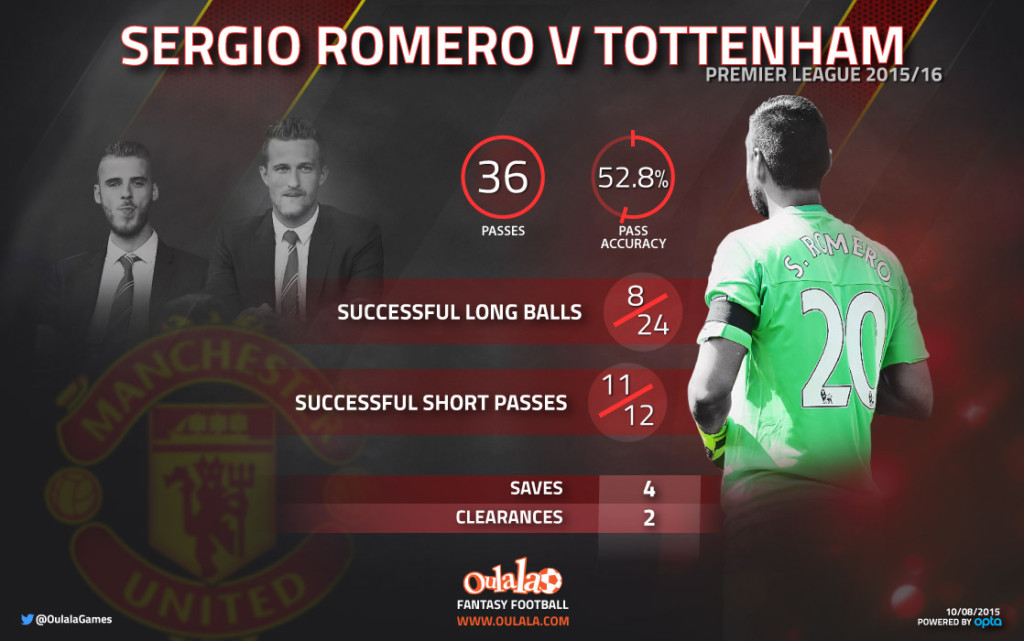 “He saved us two times. You have also seen that his building-up was not so good, but that’s logical because he’s not been here long.”

Sources close to the Spaniard have claimed that he has trained very well and has made himself available to play against Aston Villa on Friday night.

With United looking to build on their win over Tottenham as they prepare to face Aston Villa, will van Gaal keep faith in the Argentine following his impressive debut or look to reinstate De Gea?

The Fox and Anchor »