Few pundits had tipped Slovakia for a successful Euro 2016 campaign, but an eye-catching 3-1 win against Germany has made those experts sit up and take notice of Ján Kozák’s side.

Drawn in Group B alongside Russia, England and Wales, Slovakia’s chances of progression appear to be slim, but over 17 matches in the last two years they have been beaten just twice.

Second place in the group is not out of the question for Kozák’s men, with England clear favourites to win it, but that could land Slovakia a tough tie against hosts France in the next round.

Slovakia are expected to line up in a 4-2-3-1 formation for their first ever appearance at the European Championship, while nearly half of Kozák’s squad went to the 2010 World Cup.

Playing on the counter-attack may be forced upon Slovakia, with their energy and pace able to cause teams problems, and they are unafraid to shoot from long range too.

Slovakia will need to keep it tight at the back as their strikers struggled for goals in qualifying.

The most recognisable faces in the Slovakia squad are Liverpool centre-back Martin Škrtel, who is also the captain of the side, and Napoli midfielder Marek Hamšík. 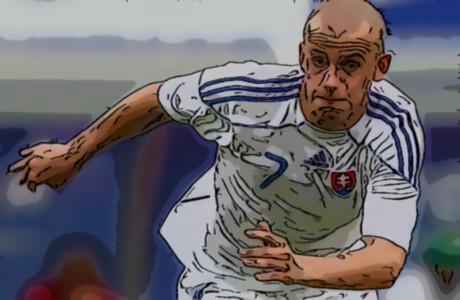 Škrtel and Hamšík are two guaranteed starters for Slovakia, while Vladimír Weiss, the former Manchester City winger who is now with Al-Gharafa, will be picked on one of the flanks.

However, there is a big question mark over who Kozák will select up front for the first game of the tournament, with Slovakia taking on Wales in Bordeaux on June 11.

Matúš Kozáčik of Viktoria Plzeň played throughout the qualifying process and he looks to be Kozák’s number one goalkeeper for the finals, although the 32-year-old has collected just 16 caps since making his international debut a decade ago.

Should Kozák prefer a more experienced option in goal he could instead opt for Slovan Bratislava’s Ján Mucha, a former Everton stopper who has 46 caps for his country.

Kozák’s third-choice goalkeeper is the 32-year-old Ján Novota, who plays for Rapid Wien.

Škrtel leads the Slovakian defence and his partner in the heart of the back line is expected to be Ján Ďurica of Lokomotiv Moskva. 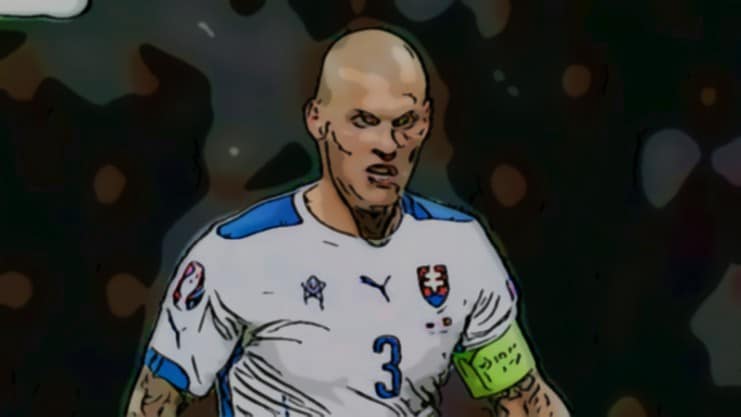 Slovakia have an identified weakness at right-back, so Peter Pekarík starts almost by default as there is no genuine alternative in the final 23-man squad, while Tomáš Hubočan of Dinamo Moskva is expected to be selected on the left side of the Slovakian defence.

Hamšík will get a free role as the number 10 in Slovakia’s 4-2-3-1 formation, allowing him to be both a creative and a goal-scoring threat from deep areas.

Protection for the Slovakian defence will come from AC Milan’s Juraj Kucka and Viktor Pečovský of Žilina, with Weiss likely to start on the right, although there is room for fluidity in their shape.

The spot on left side of the Slovakian attack looks wide open, but Róbert Mak, who plays his football in Greece for PAOK, is perhaps the most likely player to be picked there by Kozák.

Hamšík scored five goals in qualifying for Slovakia and is the man his side look to for goals, but Viktoria Plzeň striker Michal Ďuriš looks favourite to lead the line after scoring against Germany.

The other main forward option in the squad is Adam Nemec, a 30-year-old attacker who failed to score a single goal in the Eredivisie this season for Willem II.

Filip Hološko, who hit eight goals in 65 appearances for Slovakia, rejected the chance to join up with the squad, while the nation’s all-time leading scorer Róbert Vittek is not included either.

Norbert Gyömbér, a versatile player who is on the books of Roma, will provide cover for a number of different positions, including the problem right-back spot, while Sampdoria defender Milan Škriniar is also included despite only recently being capped for the first time.

Assuming Ďuriš is picked by Kozák up front, Nemec is the main alternative striking option, while other attackers in the squad include Ondrej Duda (Legia Warszawa) and Miroslav Stoch, who plays his club football in the Turkish top division with Bursaspor.

Plzeň midfielder Patrik Hrošovský uses the ball well and he could be a game-changing asset from the bench, with the 24-year-old pressing his claims with a fine performance in the Germany win.

Captain Hamšík is the main threat from set pieces in the Slovakia squad and he is expected to take most of the free-kicks and corners his side receive, with Škrtel a major danger in the air from the Napoli midfielder’s deliveries into the box.

Hamšík also looks the most likely penalty-taker for Slovakia – he has taken and scored three spot-kicks for his country over the course of his 86 caps.