Republic of Ireland will be seeking to improve on their underwhelming performance at Euro 2012, where they failed to collect any points and only scored a single goal at the finals.

Martin O’Neill has a hard-working squad that looks to lacka touch of inspiration, while being drawn against Sweden, Belgium and Italy handed Ireland as tough a group as there is in the competition.

Robbie Brady’s set-pieces might well be Ireland’s best chance of pulling off the shock result O’Neill’s men will need if they are to make it through to the last-16.

A big decision also needs to be made by O’Neill regarding how the nation’s record goalscorer, Robbie Keane, will be used at Euro 2016.

The Boys in Green have a couple of options in terms of formation, but it seems likely O’Neill will only play one striker up front. The Irish shape could be 4-2-3-1 or 4-5-1 depending on how the midfield lines up, with width likely to come from the full-backs rather than the wide midfielders.

Using 4-2-3-1 would allow the experienced playmaker Wes Hoolahan to sit in the hole behind the striker, while the 1-0 win over World Cup winners Germany in qualifying showed off Ireland’s tactical blueprint perfectly.

Ireland sat deep and soaked up pressure, striking on the break, and it seems likely they will play much the same way at the finals.

Shane Long looks to have won the right to start up front for Ireland due to the advancing age of Keane, while Darren Randolph is the number one goalkeeper.

Experience comes from the likes of John O’Shea and Glenn Whelan, while stardust is added in the form of the Everton pair Seamus Coleman and James McCarthy, two guaranteed starters.

A place will also be found for Brady due to his superb corners and free-kicks, but it is unclear if the Norwich City man will play at full-back or further forward.

Randolph has stepped up to take the number one shirt for Ireland, usurping the 40-year-old veteran Shay Given despite only being back-up at his club, West Ham United. 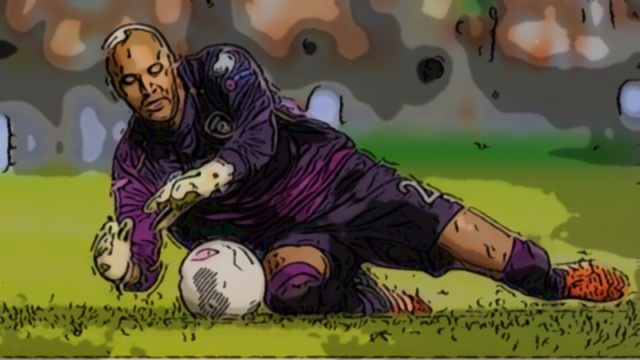 The 29-year-old is actually the least experienced of Ireland’s three goalkeeper, with just nine caps to his name so far.

Third-choice Kieren Westwood heads to Euro 2016 on the back of play-off disappointment with his club Sheffield Wednesday, although he was superb in the 1-0 defeat to Hull City at Wembley.

Coleman will start at right-back and his forages down the wing will be a vital facet of Ireland’s attacking play, with O’Shea’s experience leading the back four.

Richard Keogh and Shane Duffy are vying to be selected alongside O’Shea and the left-back spot also seems to be up for grabs.

Brady would be a bold selection but should O’Neill decide to go with a more defensive option, Stephen Ward of Burnley is ready to step in. Ward scored Ireland’s goal in a 2-1 defeat to Belarus, their final warm-up match for Euro 2016.

Whelan and McCarthy are likely to take the main central roles in Ireland’s midfield and they could operate as a double-pivot in front of the defence if O’Neill decides to use 4-2-3-1 at Euro 2016. 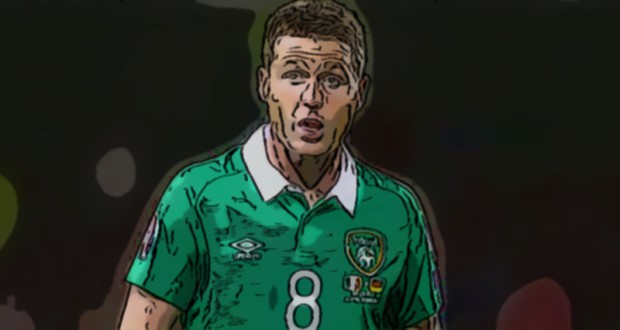 That would allow Hoolahan a free role as a number 10, while Stoke City’s Jonathan Walters will add energy and determination on the either flank. Walters was named Ireland’s player of the year in 2015 after he scored scoring five goals in 10 qualifying games to help his side to reach the European Championship.

The left wing will likely be filled by James McClean unless Ward is picked at left-back and Brady is pushed further forward, with Jeff Hendrick also capable of playing anywhere in a narrow midfield.

O’Neill has elected to keep Keane in his squad – despite the veteran striker carrying a calf injury – which means it is even more unlikely he will be in the team for Ireland’s first game, against Sweden on June 13.

Long will therefore be selected as Ireland’s main striker, with the 29-year-old forward marrying prodigious work-rate with an eye for goal that has led to him scoring 16 times in 62 appearances for his country, including the winner in that famous victory against Germany last year.

The Southampton striker will run the channels all day for his side, with Walters also getting in the box when it is appropriate.

At the age of 34 Keane looks set to play a bit-part role for his country this summer, but should Ireland need a goal O’Neill will have a proven goalscorer to call upon, with Daryl Murphy of Ipswich Town offering a target man option off the bench.

“Robbie’s very hopeful he’ll make it and should be OK,” said O’Neill when announced his 23-man final squad. “If not for the first game, then for the matches after that.”

Aiden McGeady’s career seems to have lost its way but he adds sparkle as a substitute, while more workmanlike midfielders available for Ireland include Stephen Quinn and David Meyler.

In defence, Ciaran Clark and Cyrus Christie are cover options for the first-team players.

Brady’s set-pieces are a huge part of Ireland’s play and his deliveries into the box cause havoc for his side, with O’Shea and Duffy particularly strong at attacking his whipped crosses.

Should he be on the pitch, Keane will take Ireland’s penalties, having scored 52 spot-kicks and missed just eight over the course of his long career.

Walters takes over the responsibility if Keane is not playing and he has put away three out of three spot-kicks taken for his country so far.