A solid defence is a must for any daily fantasy football manager, with points for clean sheets often proving to be just as important as goals scored at the other end of the pitch.

Most of the top teams in the Championship have a back line that can be relied upon to keep regular clean sheets, but it is worth researching some lesser known players at smaller clubs too.

Read on for the Fantasy Football Portal guide to the best defenders in the Championship to select for your daily fantasy football teams.

Shane Duffy of Blackburn Rovers has been the best defender in the Championship so far this season according to WhoScored, with an impressive rating of 7.5 for the Ireland centre-back.

Duffy is fantastic in the air and wins the vast majority of his aerial duels, while he also racks up plenty of blocks and interceptions.

However, daily fantasy football managers may be concerned by Duffy’s disciplinary record. He has been booked seven times already this season, including in each of his last three games.

Still just 24, Duffy is seeking to force his way into Martin O’Neill’s side ahead of Euro 2016 this summer, so he will need to keep up his excellent form over the second half of the season.

Duffy’s Rovers recently kept three clean sheets in a row in the Championship but under new manager Paul Lambert their form has slipped and they have lost three successive games 1-0.

Brentford’s James Tarkowski is considered to be one of the best young defenders in the Championship, with clubs such as Burnley reported to be interested in signing him during the January transfer window.

The Manchester-born ball-playing defender is extremely comfortable in possession, as well as being strong and good in the air, making him a fine all-round choice for fantasy football bosses.

As with Duffy, there is a question mark over Tarkowski’s disciplinary record, which is among the worst in the Championship this season. He has been booked six times and sent off once.

The 23-year-old has been named man of the match four times this season and with a goal and three assists to his name is likely to pick up plenty of fantasy points over the rest of the campaign.

Middlesbrough’s defence has been the best in the Championship by a distance this season, with Aitor Karanka’s men keeping an amazing eight clean sheets in a row.

There is a case for including any of their regular back line but it is Friend, the foe of many Championship forwards, who has caught the eye with a WhoScored rating of 7.4 for the season.

Boro have only conceded twice at home all season – the last time Friend and co were beaten at the Riverside was against Brentford back in September – so the 28-year-old is a fine option.

Friend has won three man of the match awards, also contributing a goal and an assist, so he looks a great selection for any Championship fantasy football player who wants to build a solid foundation at the back of their side. 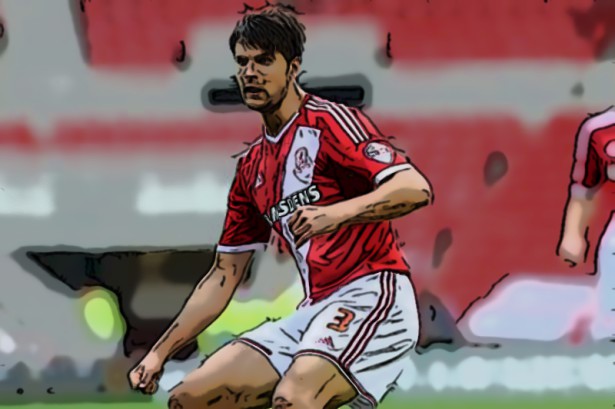 Burnley’s Michael Keane has been touted by Rio Ferdinand as one of the top three young defenders in England and so far this season the 22-year-old has lived up to that lofty billing.

The former Manchester United man has kept three clean sheets in his last four games as Sean Dyche’s side look to consolidate their place in the top six and push on for automatic promotion.

Keane has been named man of the match twice this season and his disciplinary record is fantastic for a defender, with only two yellow cards in 25 league matches.

Although he has not scored since August, Keane hit three goals in the first five matches of the season and he remains a serious threat from set pieces.

While he has been linked with a January move to the Premier League, Keane has insisted he is staying at Turf Moor and remains determined to lead the Clarets back to the top flight.

A flying full-back is a must for your daily fantasy football team and Luke Chambers is among the best in the Championship.

Ipswich Town recently won five away games on the spin – equalling a long-held club record – and Chambers has also racked up four assists as Mick McCarthy looks to seal a third career promotion to the Premier League as a manager.

The 30-year-old has also contributed two goals, while Ipswich have kept successive clean sheets, so versatile Chambers is well worth keeping an eye on for fantasy bosses seeking a bargain.