Ask yourself a question. Do you think you know the set piece takers for each Premier League side? If not, would you want to manage a fantasy football team in a contest against another manager who is armed with that information?

This article will focus on players who have been designated set piece responsibility for the 10 sides struggling towards the foot of the table, highlighting any emerging trends in the process. Make sure you digest this content so that you can factor it in, next time you construct an English Premier League fantasy football line-up.

Everton had their fair share of trouble from the penalty spot last season but despite the fact that goals have been in abundance in the majority of their fixtures, they are still awaiting the award of their first penalty kick this time around. Leighton Baines has returned from injury and is quickly establishing himself as one of the Toffees key threats from direct free kicks as well as their preferred corner kick taker. Ross Barkley, Gerard Deulofeu, Tom Cleverley, Gareth Barry and Kevin Mirallas filled the void in his absence and will continue to contribute.

Jordy Clasie has been surprisingly under-utilised by the Saints so it’s usually one of Jamie Ward-Prowse, Dusan Tadic or Steven Davis on key set pieces. Ryan Bertrand chips in with the occasional corner kick while Jay Rodriguez and Graziano Pellè are more than capable from the spot if Tadic isn’t available for Southampton.

James Morrison missed a penalty for the Baggies earlier in the season but Rickie Lambert is as reliable as they come from the spot when selected. He’s not frightened of having a go with direct free kicks either but Chris Brunt is the main man in dead ball situations. Stephane Sessegnon, Craig Gardner, Saido Berahino and even the controversial James McClean are the other options available to Tony Pulis. 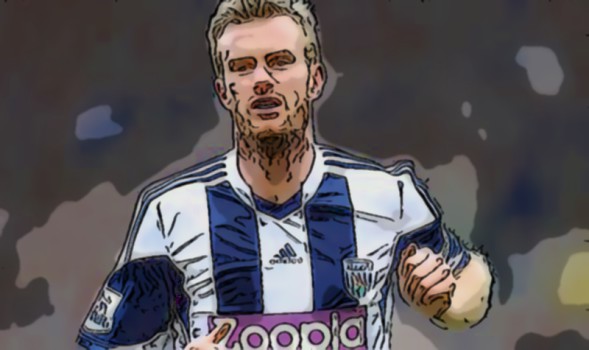 Bournemouth were rocked by early season injuries to Callum Wilson and Max Gradel but they have steadied the ship of late and look to have a great chance of maintaining their Premier League status. Matt Ritchie, Junior Stanislas and Harry Arter are the preferred dead ball specialists but one player that fantasy managers need to keep an eye on is Charlie Daniels. Glenn Murray missed a penalty when given the opportunity but full-back Daniels made no mistake recently, smashing one home, so it will be interesting to see if he retains the role.

Willian has been the standout performer for a Chelsea side that is languishing in the lower reaches of the table following a turbulent start to the season. The Brazilian, WhoScored’s highest rated Chelsea player, is the preferred option on both corners and final third free kicks and he has been supported by Cesc Fàbregas and Pedro, who have both been chipping in with some of the corner-taking duties. Oscar has scored and missed from the penalty spot while Eden Hazard, the 2015 PFA Player of the Year, has yet to find the net and even missed from 12 yards in a Champions League group game.

Versatility is one of Robbie Brady’s strong suits and he is also the principal set piece threat for the Canaries. Nathan Redmond and Wes Hoolahan will play their part as well, with the latter expected to be first choice penalty taker.

Jonjo Shelvey and Gylffi Sigurdsson have been taking the majority of corner kicks for the Swans. Both of these players usually control final third dead ball situations for Swansea City as well and they have converted 1 penalty apiece, as has Bafétimbi Gomis.

Newcastle United still haven’t earned a penalty kick this season so it will be interesting to see who gets the honour of taking it when they do win one. Ayoze Pérez is an emerging talent and a possible candidate, if selected, while Siem de Jong is slowly working his way back to full fitness and is another who could feature on key set pieces. However, Georginio Wijnaldum has been the headline act and club’s major goal threat so it wouldn’t be the biggest surprise in the world to see him taking more responsibility. Jack Colback was taking the majority of early season corners while Florian Thauvin is sure to feature even more, if he can nail down a starting berth.

Big Sam is slowly turning things around at Sunderland and you can bet your bottom dollar on set pieces playing a part in their survival bid. Yann M’Vila has emerged as the biggest influence on dead ball proceedings, supported by Adam Johnson, who seems to be the preferred penalty taker, with the likes of Jordi Gómez and Sebastian Larsson struggling for game time.

Aston Villa need a miracle to survive and Championship football looks inevitable at Villa Park next season. Jordan Ayew and Scott Sinclair have both tucked away penalties but the Villans lack of goals from open play is a major concern. Jack Grealish has failed to shake off his summer excesses and it’s almost unfathomable to think that he would have only taken 2 corners by this stage of the season. Jordan Veretout, Ashley Westwood and Carles Gil are involved with the majority of set plays while Leandro Bacuna has some long range shooting that can be used to good effect.

The January transfer window might shake things up even further, but if you keep on top of these, it might just pay dividends in the long run!

Transfer Gossip – Who’s on the move? »