Derby day in Manchester and on Tyneside

This Sunday’s televised matches see two of the biggest derby days in English football as Sunderland travel to relegation rivals Newcastle United and the two Manchester clubs – City and United – face off at the Etihad Stadium.

The two matches could have a huge bearing on both the title race and the battle to stay up, so it promises to be an unmissable day of football action. The bookmakers are not expecting either game to turn into a goal frenzy judging by their current odds projections.

So what exactly should fantasy football managers be looking out for from Sunday’s action?

Sunderland’s recent derby record is phenomenal, with the Black Cats having beaten Newcastle six times in a row, a significant source of bragging rights in the cauldron of north-east football.

The arrival of Rafa Benítez in the St James’ Park dugout might just be sparking new life into the stricken Magpies, who appeared to be sleepwalking towards relegation under Steve McClaren. 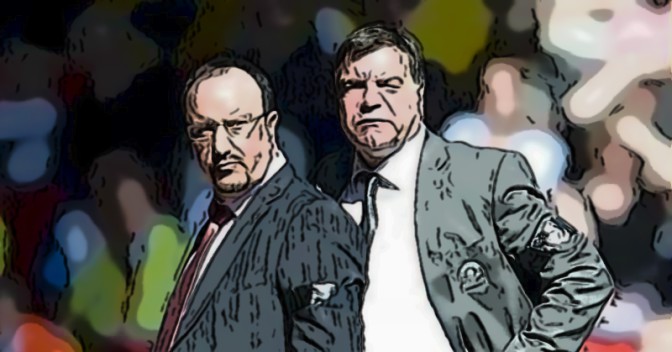 Benítez and Sunderland manager Sam Allardyce have history – having previously clashed in the media – and that adds another layer of bubbling tension to this most fearsome of rivalries.

Newcastle will be hoping to welcome back club captain Fabricio Coloccini from injury, but the biggest problems facing Benítez are in attack.

Georginio Wijnaldum is the club’s top scorer with nine goals, but four of those strikes came in one superb performance against Norwich City. All nine of his goals this season have also been scored at St James’ Park.

Ayoze Pérez and Aleksandar Mitrović have only 11 Premier League goals between them, while fellow striker Papiss Cissé needs to prove his fitness to be included in the Newcastle squad after spending the last three months out with a groin injury.

In contrast, Sunderland can call upon the in-form striker Jermain Defoe, who has hit 11 goals this season, including seven in his last 10 matches, while versatile midfielder Wahbi Khazri is a serious threat from set pieces.

Few would have predicted at the start of the season that Allardyce and Benítez would be the men in charge for this fixture, but it looks like only one of them can save their team from relegation.

What happens in Sunday’s Tyne-Wear Derby is likely to have a huge impact on who stays up, with only a handful of Premier League matches remaining this season.

Manchester United’s trip to Manchester City is not necessarily the title-decider some may have forecast at the beginning of the campaign, but United could hammer a final nail into the championship ambitions of their rivals on Sunday.

City currently sit 12 points off the top of the table and although they have a game in hand, they simply cannot afford any more slip-ups. 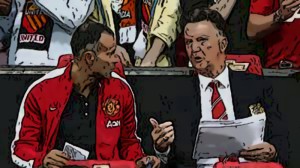 Louis van Gaal’s United are essentially playing for pride at this stage of the season, although they remain in with a shot of finishing in the top four of the Premier League and therefore qualifying for next season’s Champions League.

United are four points behind City – West Ham United lie between them in the Premier League table – and a defeat on Sunday would surely be the end of their top four hopes.

Van Gaal will be without captain Wayne Rooney, leaving his attack in the young hands of French starlet Anthony Martial and teenage tyro Marcus Rashford, who hit four goals in his first two senior appearances for the club, but has not found the net in four matches since.

United have to negotiate the 2nd leg of their Europa League tie with Liverpool on Thursday, while City have secured their passage to next round of the Champions League after finishing  the job off against Dynamo Kiev.

Fantasy players who may have been interested in selecting City defenders will now have to factor in fresh injuries to Vincent Kompany who has been ruled out of the derby and Nicolás Otamendi who is touch and go. Manuel Pellegrini’s men have kept successive clean sheets in the Premier League, while the reverse fixture between the clubs ended in a 0-0 draw at Old Trafford.

Sergio Agüero is another obvious candidate for fantasy line-ups this weekend, as the Argentina international striker has hit 16 Premier League goals despite injuries restricting him to 21 starts.

How will Rafa Benitez set up his Newcastle team

« Cajoling Benitez to save Magpies

The intensity of the Tyne-Wear rivalry »