The intensity of the Tyne-Wear rivalry

This weekend sees the Tyne-Wear Derby take place at St James’ Park as Newcastle United host Sunderland – and this time there is perhaps more riding on the match than ever before.

Both sides are deeply embroiled in a relegation battle and if either side was to win on Sunday it would land a hugely damaging blow on their hated rivals.

One of the north-east clubs is almost certain to go down due to the bottom four teams in the Premier League being cut off from the rest of the table, so this Tyne-Wear Derby is huge.

But just why do fans of these clubs hate each other so much? This is the history of the Tyne-Wear Derby and to start, we have to go back some 400 years.

Believe it or not, the first enmity between the two cities of Newcastle and Sunderland can be traced back to the early 1600s, when King Charles I awarded coal trading rights for the East of England to Newcastle.

This effectively stunted the growth of industry on Wearside and even hundreds of years later, Sunderland remains in the shadow of its neighbour economically.

Coal was one of the major industries in Sunderland, but that decision by the King fatally held back the growth of the city and sowed the seeds of local discontent with Newcastle.

Just a few decades after the coal trading rights row, Newcastle and Sunderland found themselves on opposing sides in the English Civil War.

Newcastle backed the King – perhaps due to those aforementioned coal rights – while Sunderland pledged its support to the anti-monarchy Parliamentarians.

People from Newcastle and Sunderland fought each other in the Battle of Boldon Hill in Boldon, South Tyneside. Sunderland’s forces, bolstered by anti-Royals from Scotland, won that battle but the city’s growth was later hit by a number of Royal Charters that restricted trade in Sunderland.

Then, during the Jacobite Rebellions, the people of Tyneside and Wearside were at war again.

As football started to become hugely popular in the late 19th century, a rivalry on the pitch started to develop between Newcastle and Sunderland. The 1901 Good Friday match that never was is one of the most famous dates in this derby’s history. Some 70,000 fans tried to enter St James’ Park – which only held 30,000 people – before the match was abandoned and a riot broke out.

Nearly 100 years later, in March 2000, over 70 Sunderland and Newcastle hooligans arranged a fight that did not even coincide with a match between the two sides. Dozens of arrests were made by police and one supporter was even left with permanent brain damage.

The geography of the two cities was a major factor, as there is only a few miles between the two places, while depending on the fortunes of nearby Middlesbrough there has sometimes been no other top flight club within 100 miles of the region – the rivalry has only intensified over the years.

Although Newcastle had a period of success in the 1990s, when they challenged for the Premier League title under Kevin Keegan, it is a couple of generations since either club won anything.

Sunderland’s last silverware was the FA Cup in 1973 but Newcastle’s last competition win was 18 years earlier, a source of much joy for Mackems even today. Sunderland fans also point out their club has won the league title six times, compared to just four Championships won by Newcastle.

Recent derby history has favoured Sunderland, who have won six Tyne-Wear Derbies in a row.

Fast forward a few hundred years and Sunderland and Newcastle were being run by the same county council, with Wearsiders unhappy about decisions made about investing in the two cities.

A lot of money was spent on building the north-east’s first major airport, but its location north of Newcastle led many in Sunderland to believe their part of the region was being left behind again. 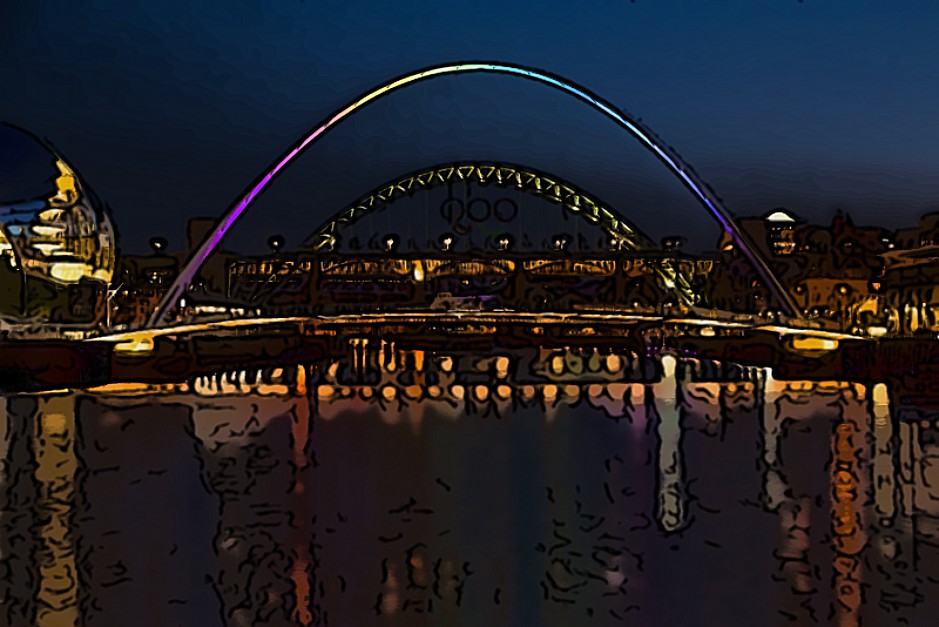 The building of the Tyne-Wear Metro was another bone of contention, with the tram line only relatively recently being extended through to Wearside, while a huge amount of money has been spent on the regeneration of the Newcastle Quayside in comparison with Sunderland’s waterfront.

However, people from Newcastle would note that more money gets spent on their city due to the simple reason that it has a much larger population than Sunderland.

What is for sure is that the people of Newcastle and Sunderland, regardless of their affiliation, will be glued to the 145th Tyne-Wear Derby this Sunday.

How will Rafa Benitez set up his Newcastle team

Can Rafa ignite that Toon fire?

« Derby day in Manchester and on Tyneside