Clean sheets matter – but these stats are more than ‘Special’ !

Chelsea are now just two wins away from claiming their fourth Premier League title following their 1-0 victory over Manchester United on Saturday with manager Jose Mourinho on the verge of his third Premier League crown in his two spells at the club.

Opta-powered fantasy football game www.oulala.com pulled together Mourinho’s numbers during his two spells to show the level of dominance that he has enjoyed in English football. 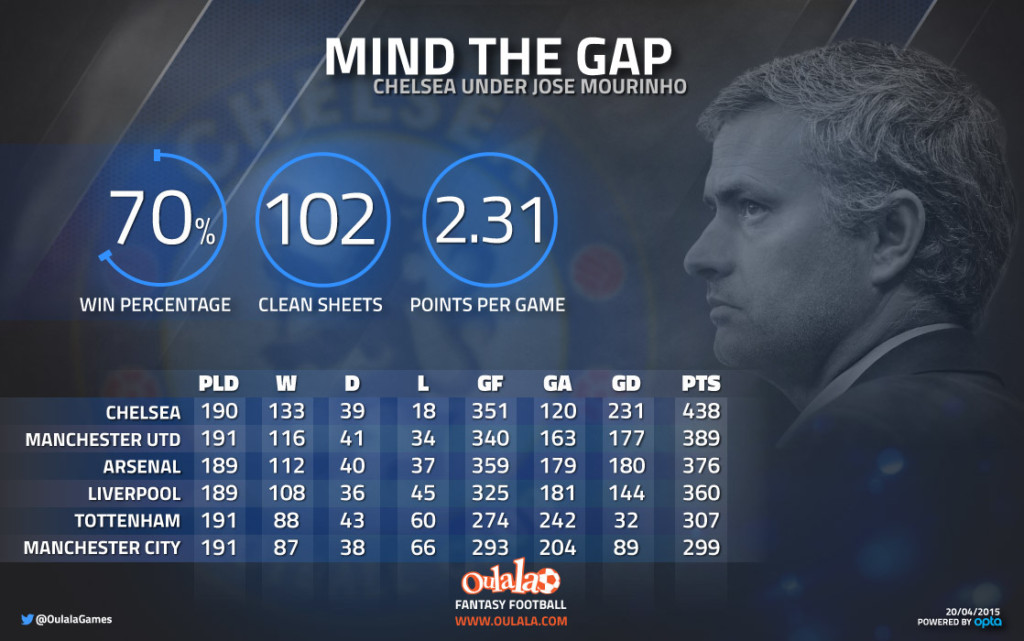 In 190 Premier League games the Portuguese boss has won 133, an astonishing win-rate of 70%. Chelsea racked up another clean sheet at the weekend, a total of 102, meaning that in 53.7% of Chelsea’s games under Mourinho the opposition have failed to penetrate the defence. Typical Mourinho parking the bus? Check out the goals scored.

Mourinho may be known for his defensive style but only one of the other top six sides has scored more goals, Arsenal. Therefore, Chelsea have been more attack minded under Mourinho than Manchester United, Liverpool, Spurs and Manchester City during the same period.

The Special One is back.