Balotelli and Falcao – the curious case of the misfiring predators

Two of the most talked about footballers this season have been Ramadel Falcao and Mario Balotelli, but, for the wrong reasons.

Manchester United manager Louis van Gaal has shown more faith in Falcao than Liverpool boss Brendan Rodgers has with Balotelli. The Colombian has played 8 more games in the Premier League than the Italian has this season.

Opta-powered www.oulala.com have taken a closer look at the pair to see how they compare. Seven key areas were analysed and despite the disappointing figures from both, one leads in almost every criteria. 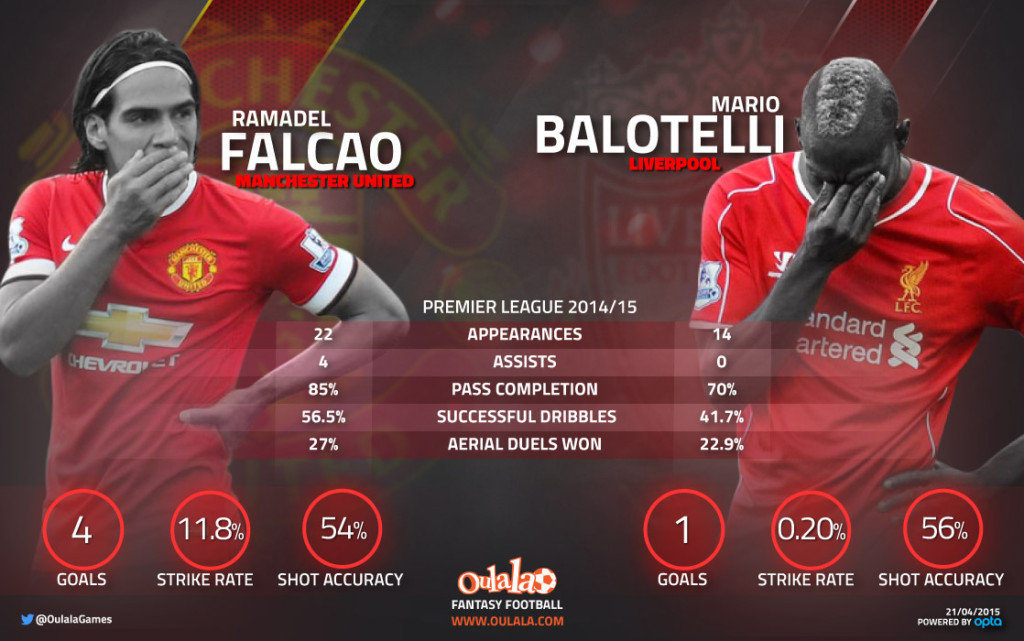 Manchester United fans have been far from impressed by Falcao but looking at the stats it could have been far worse had they landed another player.

And the biggest difference? United can hand Falcao back to his owners, AS Monaco, at the end of the season. Liverpool on the other hand are stuck with Balotelli.

« Clean sheets matter – but these stats are more than ‘Special’ !