Cech in time for Big Ben

On Monday night Liverpool visit the Emirates to face Arsenal, the first real test of the Reds’ top four ambitions after wins against both Stoke City and Bournemouth. It is also a game that can evaluate the Gunners credentials after being labelled by many as title challengers this season.

The game will see both club’s marquee summer signings, Petr Cech and Christian Benteke, come head-to-head. Opta-powered fantasy football game www.oulala.com have taken a closer look at the duo and analysed how they have both fared in their opening games for their news clubs against their performances from last season. 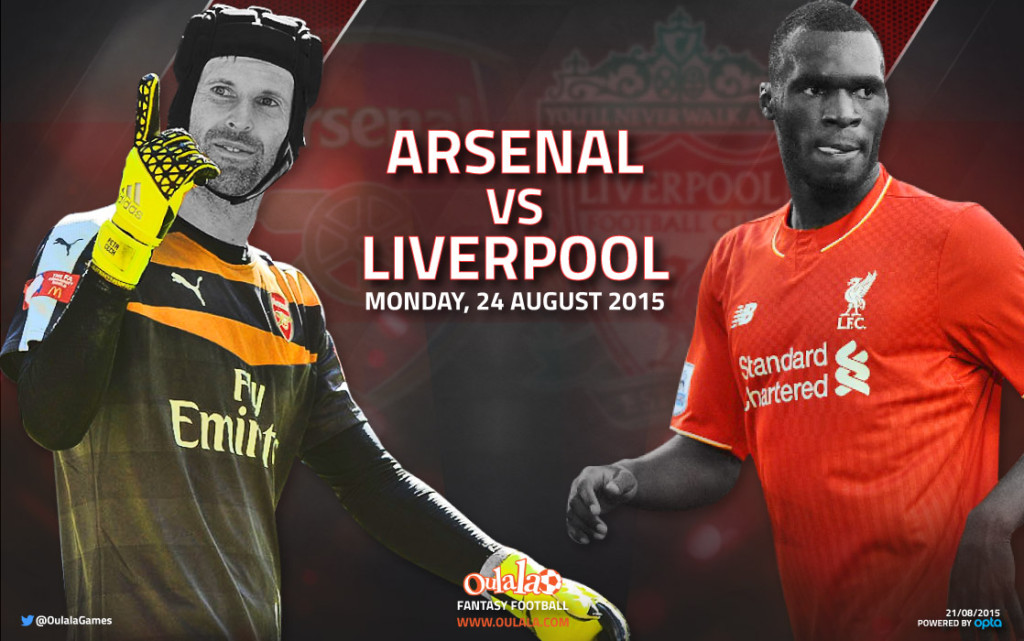 Despite only enjoying a handful of games last term, the Czech international impressed.

The 33-year-old registered 5 clean sheets in the Premier League, an overall clean-sheet-rate of 71.4%. For each of the goals that Cech conceded last season, he made 7 saves, resulting in a save every 43 minutes.

The keeper made an average of 1.6 catches and just 0.3 punches per game in the Premier League for Chelsea last season. While his distribution accuracy came in at a respectable 63%.

Expectations were high after the Czech’s high profile move to Arsenal in the summer with much talk that he could take the north-London club to a new level.

However, his Arsenal career didn’t get off to the best of starts, losing to West Ham 2-0 at the Emirates, with Cech questioned for both of the goals. The Gunners recovered from their opening day defeat with a hard-fought 2-1 victory at Crystal Palace.

Cech is still yet to keep a Premier League clean sheet for his new club. He has made far fewer saves for each of the goals that he has conceded in comparison to last season, just 0.7 saves per goal. While each save that Cech has made has come every 90 minutes.

The Czech is making far more punches per game (1.5) than he did for Chelsea last term, which is not always a good sign. With his catching stats falling narrowly to 1.5 per game. The 33-year-old’s distribution is up to a very healthy 71% this season. 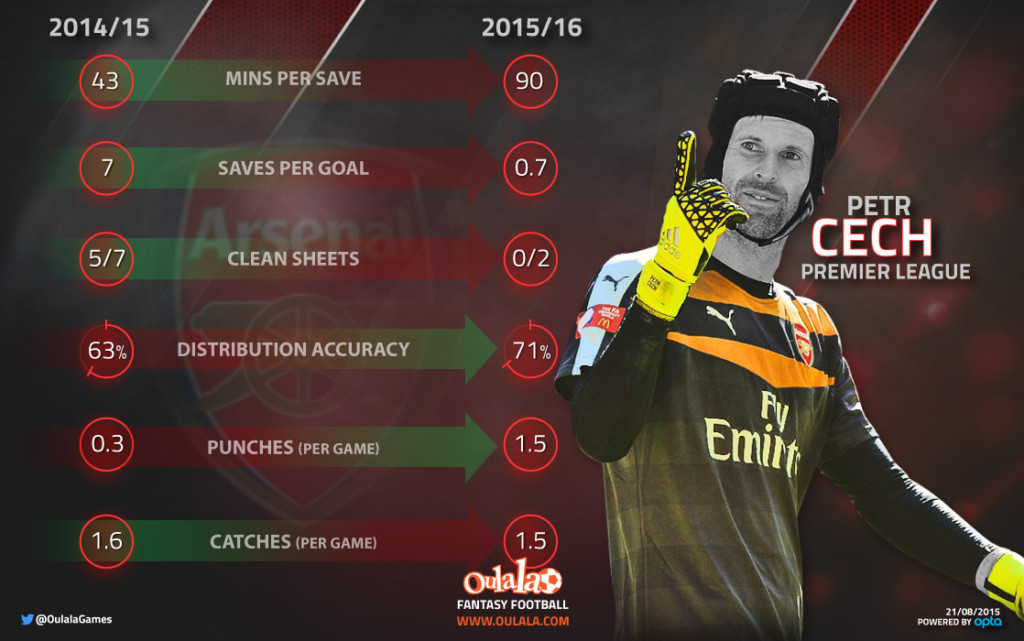 On Monday night the Belgian netted his first goal for Liverpool on his Anfield debut against Bournemouth as the Reds ran out 1-0 winners. It was also his 43rd Premier League goal and his 50th career goal in England after three successful seasons at Aston Villa.

Last season the 24-year-old netted 13 goals in 29 Premier League games for Villa. On average each goal came every 183 minutes. His goals to shots ratio was reasonable with a strike-rate of 16%. While his shot accuracy sat at 45%.

Benteke won a total of 187 aerial duels last season, an average of 6.5 per game. 17 more than his closest challenger, Graziano Pellè of Southampton.

The Belgian also created an average of 1.1 chances per game for his Villa team-mates and he had a pass completion of 67%.

In the summer Liverpool made a host of new additions, Benteke headlining for a reported fee of £32.5 million. 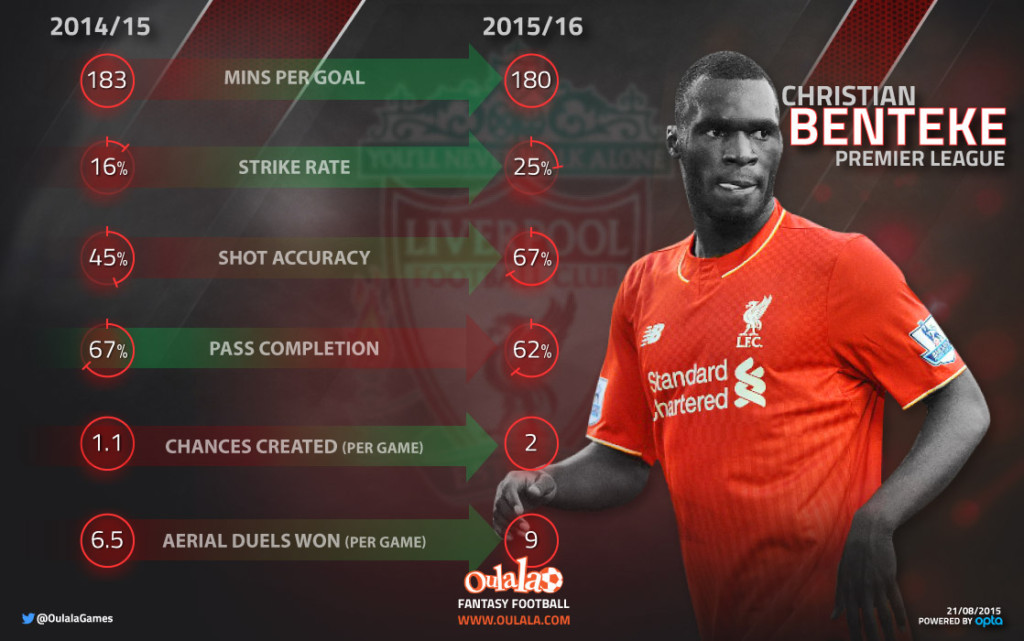 Despite failing to score on his debut away to Stoke, normal service resumed for the striker as he hit the winner at home to Bournemouth. The Belgian has shown improvements in many areas for Liverpool since his move.

One goal in his first two games has resulted in a goal every 180 minutes. His strike-rate is up to 25%, with his shot accuracy also rising to 67%.

The 24-year-old is already leading the aerial duels charts, winning a total of 18 already this season, a rate of 9 per game. He is also showing improvement creatively, providing his new team-mates with 2 chances per game.

The only area analysed where the Belgian has dropped is passing. Falling to 62% for pass completion.

Benteke has netted twice against Cech, in May and August of 2013.

Will the Belgian add to his tally against the Czech or can the keeper notch up his first clean sheet of the season?