Anybody who witnessed the performance of Memphis Depay for Manchester United against Club Brugge could not fail to have been impressed. Eden Hazard was the standout performer in the Premier League last season and whether or not Memphis has the consistency to produce on a regular basis remains to be seen but the combination of his deadly finishing ability, some devastating deliveries, the willingness to get on the ball and take on players plus the fact that he exudes the confidence to grasp set-piece responsibility ahead of senior players such as Mata and Rooney would certainly have had fantasy football managers scribbling in their notebooks. 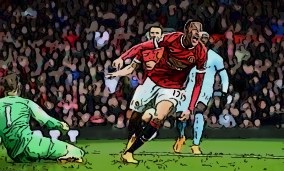 Unfortunately the United fixture was excluded from this week’s Mondogoal’s £10k shootout due to the early kick-off so anyone intending to include the heir-apparent in their line-up will have to look for an alternative contest. However, every cloud has a silver lining and the fact that 5 of the other 9 fixtures kick-off at the same time means that daily fantasy football managers will be able to fine-tune their selections after official team news is announced on these particular games.

As usual we look first at teams who have favourable home fixtures based on projected goal expectancies. The bookies have priced the games up with Crystal Palace, West Ham and Sunderland all expected to score more goals than they averaged at home last season while the Eagles may improve on last season’s concession rate when they entertain Villa. The remainder of the card is really tough with perhaps only an out of sorts Chelsea having a reasonable looking fixture against a Baggies side that is yet to find the back of the net.

With a big field expected for this Guaranteed Prize Pool our strategic approach is to include a core group of players who deliver on a consistent basis and then to include a few players that might be able to differentiate our entry from the crowd. The Baggies have the lowest goal expectancy so we’ve plumped for Thibaut Courtois between the sticks. Our 3 man defence is comprised of players who rate highly for defensive consistency notably, Federico Fernández, César Azpilicueta and Joel Ward.  Diego Costa, last season’s highest ranked forward, gets the nod up front alongside West Ham’s Diafro Sakho. Eden Hazard gets a spot in our midfield along with the impressive Dimitri Payet who has started the season in superb fashion for the Hammers. Our 3 wildcards are Jefferson Montero, Nathan Redmond and Yannick Bolasie. Montero has started the season in terrific fashion while Bolasie is capable of a big points haul on his day.

So what are you waiting for….get over those Memphis Blues by submitting a line-up for this Mondogoal £10k shootout with prize money being distributed to the Top 25 performing managers for just a £2 entry stake. 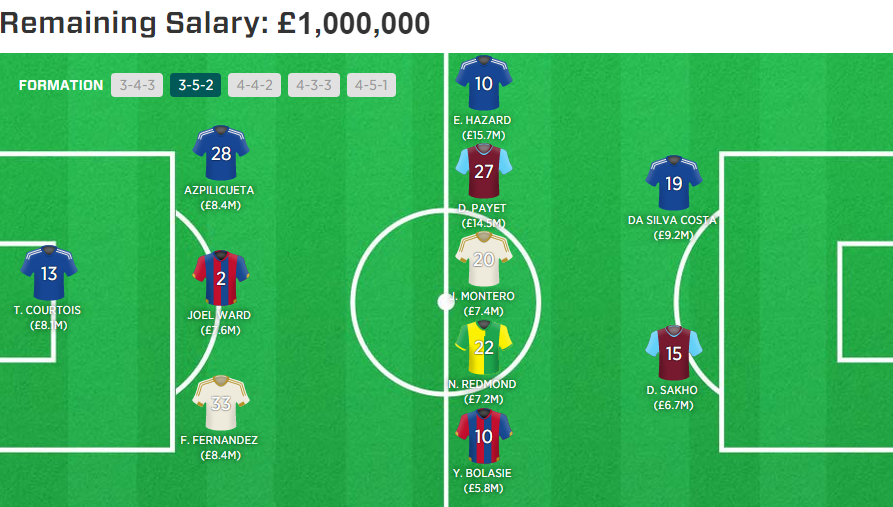 « Will Pedro spark Blues into Life ?

Cech in time for Big Ben »