In the second instalment of this three part series we focus on teams that are expected to finish clear of the relegation zone but also have realistic aspirations of securing one of those Europa League places. We will try to evaluate which players are likely to be given set-piece responsibility for Everton, Swansea, Southampton, Crystal Palace, Leicester, West Ham and Stoke throughout the course of the season based on the evidence presented so far and how new arrivals are likely to be incorporated into their respective line-ups. The ability to identify these players is a pre-requisite to daily fantasy football success so the earlier you get to grips with this the better.

Kevin Mirallas hit the headlines for all the wrong reasons last season when he out-muscled Leighton Baines for the right to take an Everton penalty and then proceeded to fluff his lines. However, he is a real threat from direct free kicks and will take his share of corners too. The same can be said of Ross Barkley who also missed a penalty last season. Mirallas was an unused substitute against the Saints, a decision which contributed to Tom Cleverley taking a significant number of corners. Baines will surely feature when he returns from injury and don’t be too surprised if you see Gerard Deulofeu on flag-stick duty as well. The Spaniard has scored directly from a corner kick in the past. Romelu Lukaku has been very impressive so far this season and looks the most likely penalty taker. 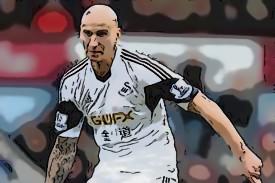 Swansea can count themselves a touch unfortunate not to have maximum points so far. Jefferson Montero and new signing André Ayew have been in sparkling form but one player who has also been catching the eye is Jonjo Shelvey. Miguel Delaney produced a fascinating article for WhoScored recently where he suggested that lifestyle changes may have been a contributing factor to Shelvey’s improved form. He’s certainly not shirking any set-piece responsibility having taken all of Swansea’s 12 corners so far, more than any other Premier League player. His long range shooting is excellent so expect him to feature on a good proportion of Swansea’s free-kicks and he remains an option for penalty kicks as well even though Bafétimbi Gomis scored decisively from the spot at Chelsea. Don’t discount Gylfi Sigurdsson and Ki Sung-yueng either, both have terrific technical ability and should feature in dead ball situations.

Steven Davis has been taking the majority of corner kicks for Southampton this season with James Ward-Prowse and Dusan Tadic also chipping in. Tadic seems to be the preferred penalty taker ahead of Graziano Pellè and will take plenty of direct free kicks as well. Watch out for Jordi Clasie, a real talent, who is sure to feature once he proves his fitness.

Jason Puncheon and Yohan Cabaye have taken all of the corners so far for Crystal Palace. Mile Jedinak looks to have a job on his hands to cement a regular starting spot so Cabaye is likely to be first choice on both direct free kicks and penalties. Glenn Murray, a proven penalty taker, may also struggle for game time following the arrival of Patrick Bamford and Connor Wickham who also possesses some free kick prowess. Bakary Sako has completed his move from Wolves and offers another set-piece option if he can establish himself in one of the wide positions. 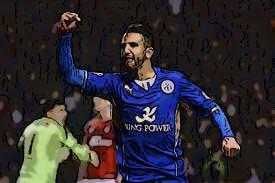 Leicester have continued their incredible 2015 form collecting all 6 points so far and provide one of the easier assessments. Riyad Mahrez scored an opening day penalty and along with Marc Albrighton presents the major threat from free kicks and corners. Leonardo Ulloa was on penalty duty last season but is struggling for game time following the arrival of new manager Claudio Ranieri and striker Shinji Okazaki. Matthew James is another set-piece option if selected.

West Ham might be known as the Academy of Football for their ability to coach talented young players but they look to have a ready-made master in the shape of summer acquisition Dimitri Payet. The Frenchman has wasted no time in establishing himself as their number one set-piece taker. Aaron Cresswell and Mark Noble should also be feature with the latter likely to retain the penalty kick honours.

Mark Hughes seems to be putting together a Who’s Who of dead ball specialists at Stoke. The Potteries outfit are obviously not content with the proven quality of Charlie Adam or the enigmatic Marko Arnautovic, who converted from the spot against Spurs, and continue to attract big names to the Britannia Stadium with both Ibrahim Afellay and Xherdan Shaqiri joining the club. These two should help fill the void left by the departure of Steven NZonzi while Bojan, who is getting closer to a first-team return, is also more than capable of contributing in the set-piece department. Stephen Ireland and Peter Odemwingie may also feature so much will depend on what formation Hughes decides to go with.

The Europa League might not be everyone’s cup of tea but the extra leagues points accumulated courtesy of goals resulting from set-piece situations may be pivotal to qualification!

« Cech in time for Big Ben