Liverpool are wasting no time in the transfer market this summer with another new signing in the form of 23-year-old Brazilian wonderkid Roberto Firmino for a reported £29 million.

Opta-powered fantasy football game www.oulala.com have analysed the new Liverpool star alongside the wantaway Raheem Sterling and judging by the stats it appears to be a positive move by the Reds, assuming they achieve the £50 million price tag that they’ve put on Sterling. 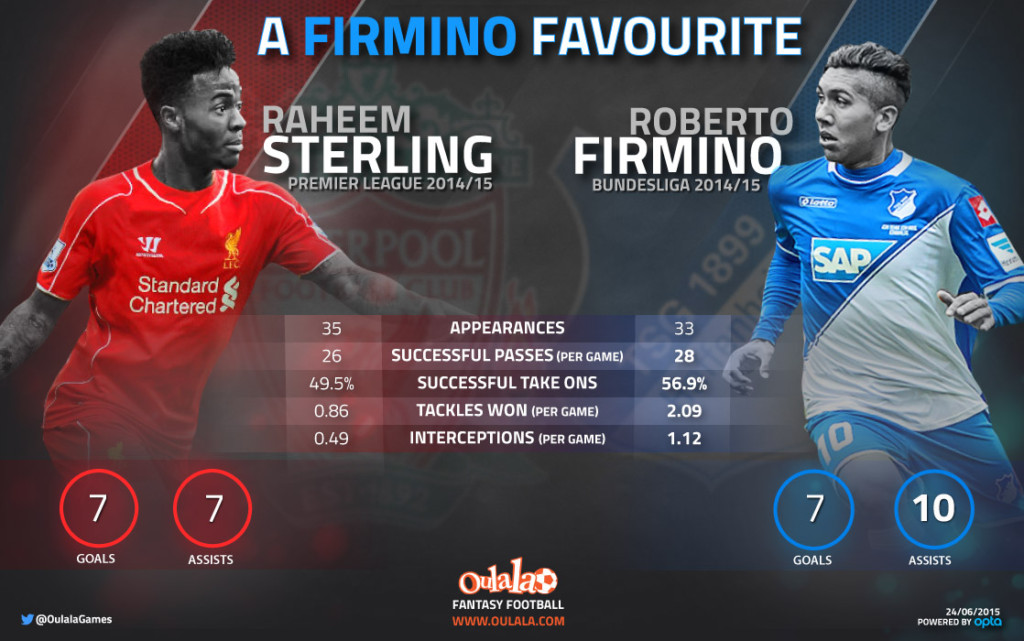 The Brazilian edged successful passes per game (28 to 26) and was also superior for take-ons, successfully completing 56.9% to Sterling’s 49.5%.

The stats also show that Firmino also excels defensively and puts a shift in for his team. The 23-year-old won more tackles (2.09 to 0.86) per game than Sterling and also made more interceptions (1.12 to 0.49) per game too.

It appears that Liverpool have landed themselves an ideal, if not better and more rounded player than the one that is ready to leave. Could this be the best bit of business that Brendan Rodgers has done since taking the reigns at Anfield?