Transfer Gossip – Who’s on the move?

With many footballers likely to be on the move, there are a lot of good chances to pick up undervalued bargains, while established stars might well move on to bigger and better things during the window.

Here at Fantasy Football Portal we have picked out five players who could be moving in the Premier League this month.

Mohamed Elneny is one player almost certain to arrive in the Premier League in the coming days, with Arsenal reportedly on the brink of signing the Basel midfielder.

Elneny could be the missing piece in the puzzle for Arsene Wenger, but fans may be frustrated since the veteran manager has again chosen not to buy an established name to improve his side.

The 23-year-old will add dynamism to the Arsenal midfield, especially with Wenger currently left without Francis Coquelin, Mikel Arteta and Jack Wilshere due to injury.

Elneny is a defensive-minded player but he can get forward to good effect too and he has an impressive WhoScored rating of 7.7 from five appearances in this season’s Europa League.

Another rumoured Arsenal target is Watford captain Troy Deeney, who has scored six goals and provided five assists for Quique Sanchez Flores’ side already this season.

Deeney would presumably be signed as cover for France international Olivier Giroud, with the 27-year-old’s pace and eye for goal providing Wenger with another option for his forward line.

Many daily fantasy football players have earned a lot of points from Deeney this season and it would be a shame if he traded being a star at Vicarage Road for warming the Emirates bench.

Sadio Mane was left out of Southampton’s recent defeat to Norwich City after being late to a team meeting and a big money move to Manchester United has long been mooted for the quick winger.

Senegal international Mane has provided six assists for the Saints this season, scoring three goals, and Louis Van Gaal might see the 23-year-old as the ideal player to add speed and dynamism to his faltering attack.

Mane would appear to be a perfect fit at Old Trafford but after selling a handful of players in the last two years, Southampton boss Ronald Koeman will be determined to hold on to his star man. 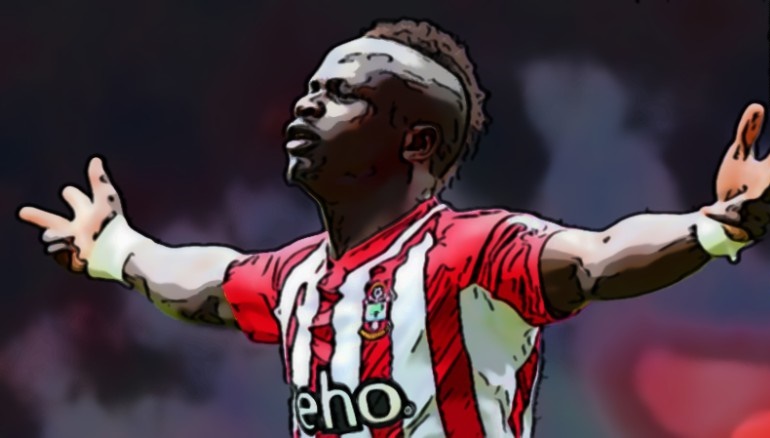 Another speedster who could be on the move this month is Dortmund attacker Pierre-Emerick Aubameyang, who has been linked to both Arsenal and Jurgen Klopp’s Liverpool.

Aubameyang was reported to have missed training on Tuesday as speculation about the 26-year-old Gabon international’s future intensified during the Bundesliga’s annual winter break.

Having scored 18 goals before Christmas, Aubameyang is one of the hottest strikers in Europe and he looks to have the ideal profile to be a big success in the Premier League, with pace and power to burn, making him a handful for even the most experienced defenders.

With four league assists to his name – and a further four Europa League goals – Aubameyang is scoring at a rate better than a goal a game in all competitions this season. Should he move to the Premier League, daily fantasy football managers will certainly be adding him to their shortlists.

John Stones was at the heart of one of the summer’s biggest transfer sagas, with Everton holding firm and refusing to sell the 21-year-old despite huge offers from Chelsea.

The England international is likely to be in demand again in January and Roberto Martinez’s position is weakened by the Toffees’ mediocre first half to the season.

Everton would love to hold on to Stones – as well as fellow stars Ross Barkley and Romelu Lukaku – but it seems likely at least one of them will be moving on this month.

Stones, with his mixture of pace, game-reading skill and ability on the ball, looks set to be a firm fixture for England for many years to come, and it would take a huge offer to tempt Everton into a sale, although the player himself is thought to be open to the prospect of leaving Goodison Park.

The Dream is on for Indestructible Ighalo »