After weeks of speculation that has seen Manchester United linked to Real Madrid defender Sergio Ramos, reports have began to circulate that the Spanish international has now told Madrid that he wants to leave the club and join United.

These are the claims of Spanish football expert, Graham Hunter. Sources close to the defender have said that after hearing of United’s reported bid of £28.6 million and with Real stalling on offering him a new contract beyond the two years remaining on his current deal, Ramos has made he wishes clear that he wants to leave La Liga and begin a new challenge in the Premier League.

As Manchester United manager Louis van Gaal continues to develop a side that can challenge for the Premier League title, Sergio Ramos would be a clear sign of intent in the Dutchman’s plans to compete for silverware next season. 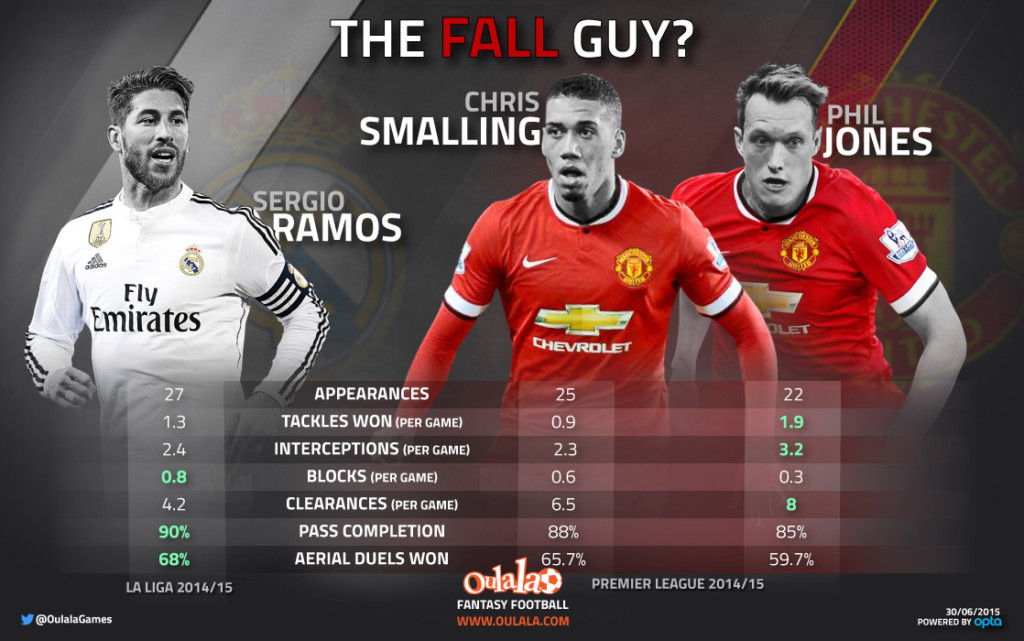 Current defensive duo Chris Smalling and Phil Jones will be keeping a close eye on proceedings and Opta-powered fantasy football game www.oulala.com have studied the pair against Ramos in the last twelve months in an attempt to reveal which player is the most at risk should the Spaniard’s switch materialise.

The stats suggest that Ramos and Jones share a mixture of qualities that have the potential to compliment each other.

So where would that leave Chris Smalling? After committing his future to Manchester United until 2019 recently, could the defender be left out in the cold by van Gaal if Ramos’ reported switch to Old Trafford does happen?