Vlaar not so ‘concrete’

Aston Villa centre-back Ron Vlaar is now a free agent and rumours continue to circulate linking the Dutchman with a switch to Manchester United. However, would such a move benefit a team looking to challenge for silverware next season?

Stats released by Opta-powered fantasy football game www.oulala.com reveal that the defender has struggled when it comes to one important thing… defending. 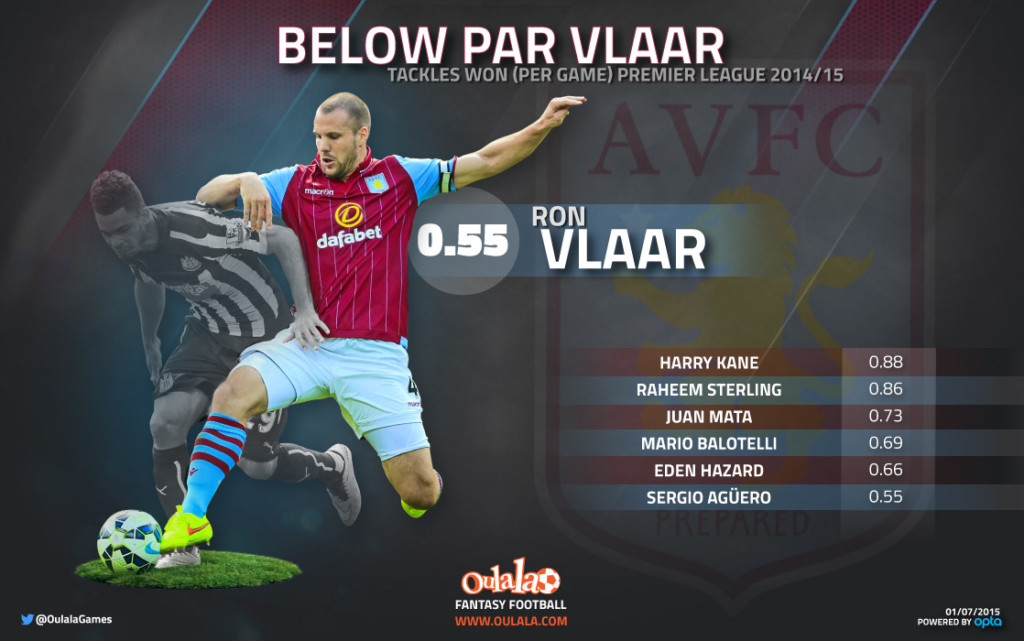 The numbers show that last season the 30-year-old only won 0.55 tackles per game compared to the 0.85 of tackles that he lost, a dismal 39.3% success rate. The figures rank him 157th of the 168 defenders in the Premier League last term for tackles won per game.

To further emphasise how poor Vlaar was when it came to tackling, Manchester City striker Sergio Aguero matched the Dutchman for tackles won per game. While various other attack minded players such as Eden Hazard (0.66), Juan Mata (0.73), Raheem Sterling (0.86) and Harry Kane (0.88) all won more tackles per game than Vlaar. Even Liverpool flop Mario Balotelli outperformed the Aston Villa player defensively, winning 0.69 tackles per game.

Aston Villa manager Tim Sherwood has reportedly offered Vlaar a new contract while Southampton, Sunderland and Newcastle have all also shown an interest in the defender.