We really put a benchmark down with that 145 points midweek haul but we’ll try our best again here. Sporting Kansas City look to have the ‘softest’ fixture on paper and their players will make up the fulcrum of this weekend’s team. Krisztian Németh has been in sensational form and priced at just £6.6m and for some reason or other he continues to escape the attention of the game operators. The Hungarian forward, who was once on Liverpool’s books, is our Headline selection. 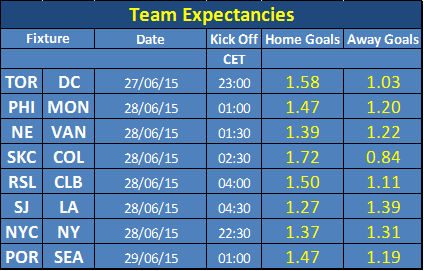 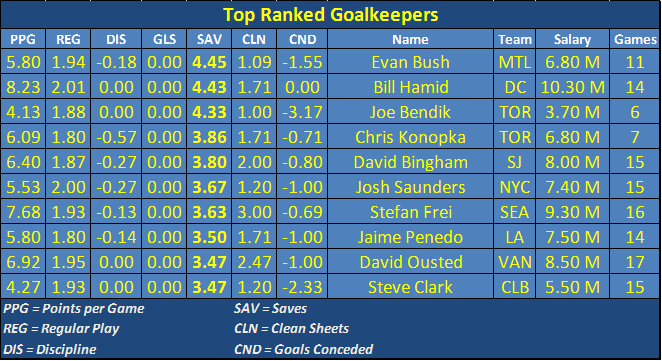 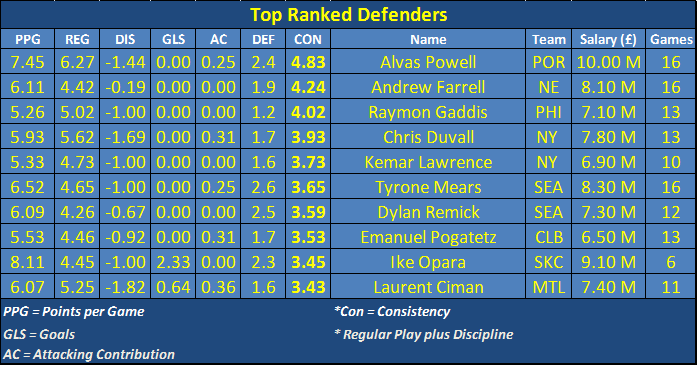 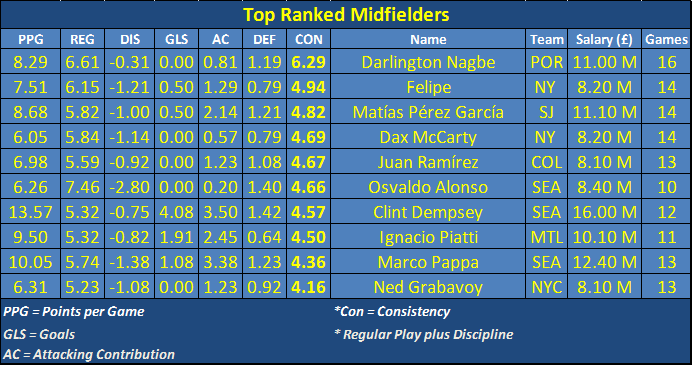 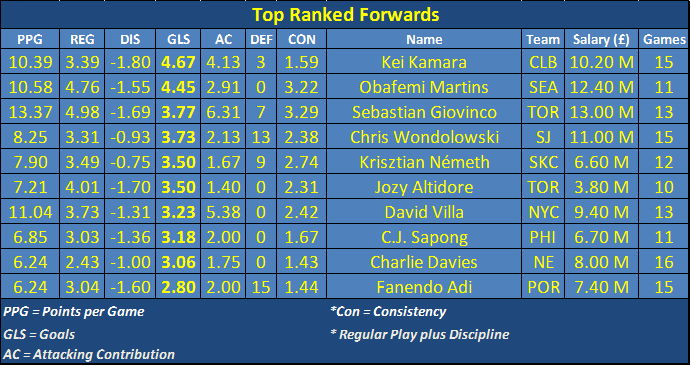 Forwards – Krisztian Németh will be joined in attack by Toronto’s Sebastian Giovinco who shows no sign of letting up and has now notched up 8 goals and 7 assists. Union’s CJ Sapong completes our 3 man attack.

Midfielders – Benny Feilhaber, surprisingly overlooked by Jurgen Klinsmann when he announced his Gold Cup roster, is USA’s loss and SKC’s gain and he should play a starring role here against a struggling Colorado side. San Jose have a tough looking fixture against an in-form Galaxy side but Matías Pérez Garcia is a model of consistency and is included. Our top-rated midfielder Darlington Nagbe is an easy pick. He continues to amass points despite his lack of goals and will be joined by his Timber’s team-mate Jorge Villafana who completes our midfield. We decided to give the New York derby a swerve!

Goalkeeper – Tim Melia is outside our Top 10 goalkeepers but he looks a steal here at £5.4m and is worth taking a chance on for the clean sheet bonus points.