Key pointers you need to know when selecting your DraftKings midfielders

With the English Premier League taking a break due to the upcoming European Championship qualifiers it gives us another chance to look at the DraftKings fantasy soccer product ahead of its imminent UK launch. There are just two midweek MLS fixtures scheduled and our intention is to provide you with a few pointers for selecting DraftKings midfielders for contests featuring players from these two matches. You only need to pick 2 midfielders in your 8-man line-up although you do have the option of adding a third as your ‘flex’ selection.

Most fantasy football sites have scoring systems in place that handsomely reward goals scored so that looks an obvious place to start as we assess the role of the midfielder. The DraftKings scoring criteria does not reward midfielders for any defensive actions such as tackles and interceptions or even passes completed so selecting a midfield lynchpin can easily be ruled out. The following table lists the 12 highest scoring midfielders for the 4 clubs in question during the 2015 MLS season to date:

Of the players listed 10 of the 12 players feature amongst the highest valued players for the upcoming round with Shaun Wright-Phillips and Mauro Rosales being the only exceptions. DraftKings provide users with a 10 game log for each player and it’s possible to collate the data from this to ascertain exactly where the 12 aforementioned players have been collecting their points in recent weeks. Remember goals, shots, shots on target, assists, crosses and fouls drawn all contribute while a player is penalised only for a red card. 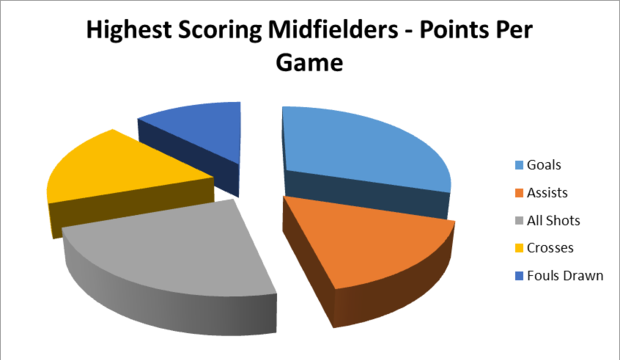 It’s no real surprise to see the combination of goals and all shots accounting for over 50% of the make-up so this really drills home the significance of those goal expectancies. We know each player can be expected to score a percentage of his side’s goals so there is clearly a correlation between a player’s potential points per game and the severity of the fixture.

During the 2015 MLS season the Red Bulls have been averaging 1.93 goals per home game while the Whitecaps have been netting 1.6 times per home game. Both are expected to fare slightly better here based on the bookmakers odds lines and players from these two sides should be at the forefront of your thinking.

Cristian Techera, for example, might not be a household name but if you take a quick look at the Uruguayan’s WhoScored Characteristics it soon becomes clear that he is ticking all the right boxes. You are looking at a midfielder that crosses a lot, gets fouled often, takes set-pieces who can also chip in with goals and assists so with a favourable looking fixture here Techera certainly demands closer scrutiny – put him on your short-list! 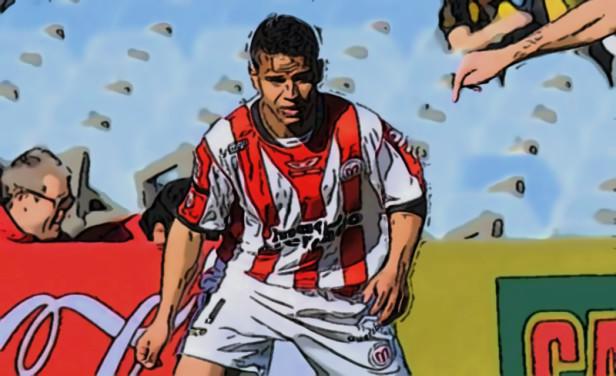 You are given a budget of $50m to purchase your 8 players with so that equates to $6250 per pick. If you go for the more expensive options sacrifices will have to be made elsewhere. Try to work out the traits for each player – does his points distribution fit the general trend of the data set or is he a more consistent type who tends to win a bigger percentage of his points by drawing fouls and delivering crosses?

Establishing which players are almost certain to start as pinpointed in Pillars of Success will allow you to focus your full attention on the players that matter. Try to project how many points you think each player will earn based on all the information in front of you and then calculate the cost of the player per expected point based on his salary for the fixture in question. By calculating this $/point expectation it will help you to identify which players are most likely to offer the best value.

These are just some pointers and we’ll discuss them further in future articles as well as looking at DraftKings forwards, the role of the Flex and how to finalise your line-up so stay tuned for that!

NB. Kindly note that since this article was first published DraftKings have revamped their soccer product, switching from an 8 a-side version to an 11 a-side format as well as making additional scoring amendments.