It has been a long summer for Stoke City supporters so far, with little for them to get excited about ahead of the new Premier League campaign.

However, they will be boosted by the news that Joe Allen is set to become Mark Hughes first summer signing as the squad looks to build on a decent top-half finish in last year’s Premier League.

West Brom striker Saido Berahino is reportedly one of their primary targets, but a deal looks some way off being completed by the club.

Stoke are looking good for a solid mid-table finish in the Premier League, but if the Potters are to push on towards continental qualification, then investment in the squad is surely required.

Hughes is a fan of the 4-2-3-1 adopted by many Premier League managers and it is unlikely there will be a tactical revolution this season at what is now the bet365 Stadium.

A new striker is required to lead the line – hence the pursuit of Berahino – but Stoke are very strong in midfield and their defence is typically extremely tough to break down.

Under Hughes, Stoke are certainly no longer the kick-and-rush side that relied heavily on set-pieces and long throws when they first arrived in the Premier League a few years ago. It could be argued that this is good news for fans of the beautiful game.

With so few changes to the Stoke squad, their team is likely to look very similar to the side that played most games in the Premier League last season.

After recovering from the broken ankle that ruled him out of the end of the campaign and Euro 2016 as a result, Jack Butland is ready to take his place in goal, while captain Ryan Shawcross will continue to manage a longstanding back problem as he leads the back four. 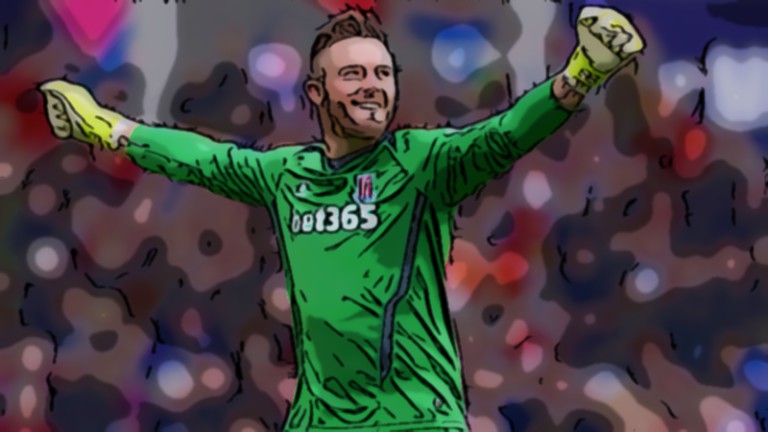 Giannelli Imbula is the key midfielder for Stoke and he should kick on after taking some time to adapt to the Premier League, while Marko Arnautović and Xherdan Shaqiri provide the spark.

Butland is Stoke’s number one and the 23-year-old has his eye on taking over from Manchester City’s Joe Hart as England’s regular goalkeeper in the next couple of years. An excellent shot-stopper, Butland had a fine year last season and should continue to develop. Cover for Butland is provided by Dane Jakob Haugaard and the experienced Irishman Shay Given.

Shawcross missed a lot of games through injury last season, but when he is fit Stoke have one of the best defences in the league. The former Manchester United man is usually partnered by Philipp Wollscheid, with Erik Pieters and Glen Johnson lining up in the full-back roles.

Imbula is undoubtedly raw but the former Porto man is a player of vast potential and he should take his game to the next level this season, playing alongside Allen. News of the Welshman’s arrival means that Glenn Whelen and Charlie Adam are likely to be pushed further down the team’s pecking order.

In the advanced three, Shaqiri and Arnautović take two of the roles, with the Austrian becoming a vital fantasy football player in recent years, scoring 11 goals and providing six assists last season. Bojan and Jonathan Walters are competing to be the third member of the attacking midfield trio.

Berahino would likely go straight into the Stoke team if he is signed in time for the new season, but Hughes faces strong competition for the striker’s signature. That leaves Joselu and Mame Biram Diouf battling it out to lead the line for Stoke, although Bojan can also operate up front too.

Hughes can also turn to the experience and aerial ability of Peter Crouch if he wishes to use Plan B and switch to a more direct style of football, although the former England international has seen his game-time limited in recent times.

Hughes remains a fan of Stephen Ireland despite his inconsistency and the midfielder could yet find a role in the Stoke team, although Adam may well leave the club, following the news that Allen has joined. Ibrahim Afellay will miss the start of the season with a serious knee injury but is a very good player when fit and Stoke will miss his energy and classy passing in the heart of their midfield.

As well as Cameron and Muniesa, Phil Bardsley remains a useful utility man for the back line, while Marc Wilson can also play across the defence in case of emergency.

Shaqiri and Arnautović are both renowned set-piece takers and they will share duties for Stoke again this season, with the Switzerland international – who scored one of the best goals of Euro 2016 with a stunning overhead kick – perhaps getting first refusal. 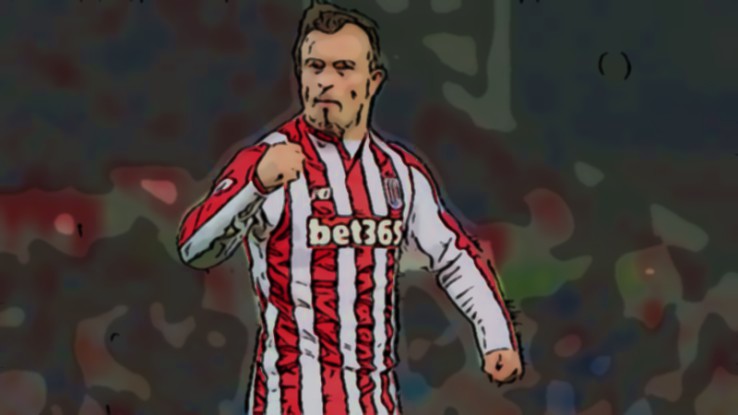 From attacking corners and free-kicks, Shawcross is a very dangerous player, while the height of Imbula makes him a threat from set-pieces too, making him a possibility for any fantasy manager who is looking for some bargain tips. Arnautović is likely to take Stoke’s penalties, although Walters is also effective from 12 yards when he is selected.

Stoke fans will be desperate to see more breaking news on the transfer front, to back-up the Allen deal.

There have been no major outgoings from the bet365 Stadium either, so Hughes’ squad is effectively the same as it was throughout last season.