The last of Saturday’s triple-header of second round games sees Croatia take on Portugal in one of the most intriguing match-ups the next phase of Euro 2016 has thrown together.

Croatia were hugely impressive in the group stage, beating Spain 2-1 in the final match to surprisingly claim top spot in the group.

However, their defensive frailties were on show in a 2-2 draw against Czech Republic, with Croatia giving up a 2-0 lead in the last 15 minutes of the match, although it is hard to say how much of an impact the crowd trouble at that game had on the Croatia players.

Portugal’s group stage did not go well at all, with three draws just about enough to see them into the next round. They showed terrific grit and determination in their 3-3 draw with Hungary last time out, coming from behind three times to seal the point that secured a second round spot.

Cristiano Ronaldo finally found form in that match, flicking in his first goal of the tournament with a fantastic flourish and then producing a deft header to equalise for his side for the third time.

The tremendous individual performance Ronaldo put in against Hungary went some way to making up for his nightmare against Austria, when he missed a penalty, wasted a host of set-pieces and had a headed goal ruled out for offside.

While Portugal have an exciting young generation of players, there is no doubt that their hopes of going deep in the tournament rest on the form of Ronaldo, whereas Croatia are more of a team.

There have only been three meetings between Portugal and Croatia throughout history, with Portugal winning all three of those matches.

In recent years there have been a pair of wins and clean sheets in international friendlies for Portugal against Croatia, with the only competitive meeting between the sides occurring at the 1996 European Championship.

Luís Figo, João Pinto and Domingos Paciência were on the scoresheet for Portugal that day, but it is hard to see Croatia losing by such a wide margin in this match on Saturday.

Croatia have been one of the most watchable teams at the finals, with Luka Modrić the star of the show for Ante Čačić’s men. The Real Madrid midfielder struck a wonderful volley to get his side off to a winning start against Turkey and it was only after he went off with a groin injury that Czech Republic battled back from two goals down in their next group game. 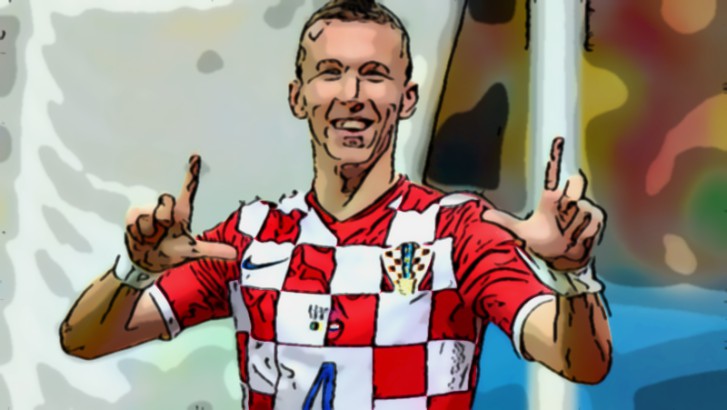 Modrić missed the 2-1 win over Spain as a result of that injury, but even from the bench he had a hand in the win, advising goalkeeper Danijel Subašić which way to dive to keep out a penalty by his club team-mate Sergio Ramos.

With Modrić missing, Ivan Perišić stepped up to score again – he has two goals in three games at the finals – and the Inter Milan star has been one of Croatia’s most important players at the finals, with his knack of scoring key goals perhaps holding the key for his side. Subašić also has to be worthy of consideration for your squads as he has saved five of his last seven penalties he has faced.

Fantasy football budgets usually have room for one blockbuster player and a lot of users will be going for Ronaldo, especially after his superb individual display in the draw against Hungary.

The mental strength of Ronaldo has never been in doubt, but it took a lot of courage and heart to battle back from a night against Austria he would rather forget. Ronaldo, now Portugal’s all-time leading appearance-maker, will be carrying the fight for his side again in Lens on Saturday.

There is a tendency to accuse Portugal of being a one-man team, but they have some very bright young players who might just come of age at Euro 2016. As well as Renato Sanches, the teenager who recently completed a mega-deal to move from Benfica to Bayern Munich, João Mário and André Gomes will also have important roles to play against Croatia.

Nani has had a good Euro 2016 so far too, the former Manchester United man scoring two goals, which is as many as the much-fêted Dimitri Payet, who is widely considered to have been one of the best players at the tournament.

While Ronaldo will break the bank for most Euro 2016 fantasy football players, Nani is a much more affordable option, with another experienced Portugal attacker, Ricardo Quaresma, having a very positive impact on the European Championship with his direct wing play.