The news that Chelsea have agreed terms with Monaco for Radamel Falcao to join the London club on a season-long loan deal next season, subject to extensive medical checks after the Copa America, has caused rumours to circulate regarding Loïc Rémy’s future at the club.

The imminent arrival of Falcao has raised concerns that the France international’s playing time at Chelsea could be limited in the build up to next summer’s Euro 2016.

Opta-powered fantasy football game www.oulala.com took to the task of comparing the Colombian and the Frenchman from last season’s Premier League on a per minute basis to see whether the doubts are justified, or whether Rémy can still play a prominent role at the club and in-turn make it into the French national squad next summer. 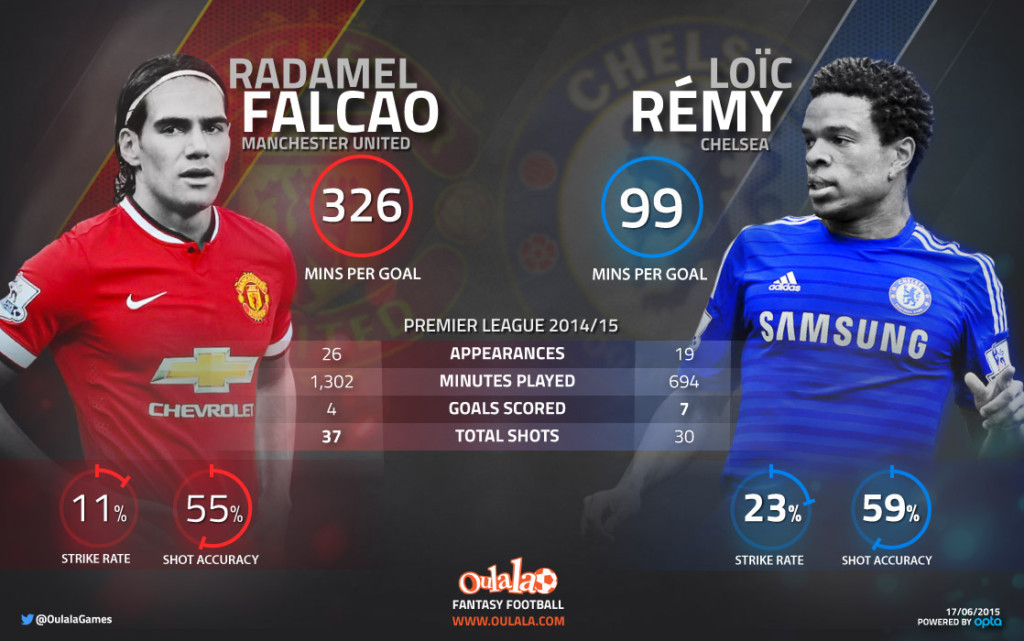 After 7 goals from just 6 league starts, including important winners against both Hull and Stoke, Rémy played a big part in helping Chelsea to their first league title for five years last season and the 28-year-old will be hoping to play an even bigger role next season.

Crystal Palace and West Ham are rumoured to be closely monitoring the situation, however, should Rémy leave the most likely destination will be his hometown club Lyon. A move that would see Champions League football and plenty of game-time in the hope of catching the eye of his international manager Didier Deschamps.

What is clear is that should Loïc Rémy remain at Stamford Bridge next season, Falcao’s arrival will unlikely have any impact on his position at the club. It will in-fact be the Colombian that will be struggling for regular game-time.