The build-up to this round has been somewhat overshadowed by the furore surrounding Clint Dempsey’s antics in Seattle’s midweek cup exit but we expect to see goals not cards in abundance when Montreal entertain Orlando. All of Montreal’s last 9 MLS game have seen over 2.5 goals scored and we expect Ignacio Piatti to be in the thick of the action here. The Argentinian has 3 goals and 3 assists to his name so far this season and is our headline pick. 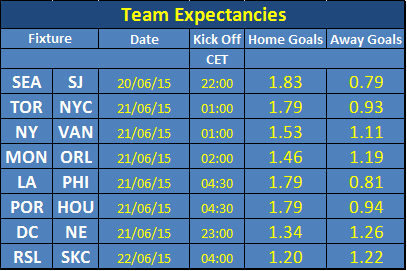 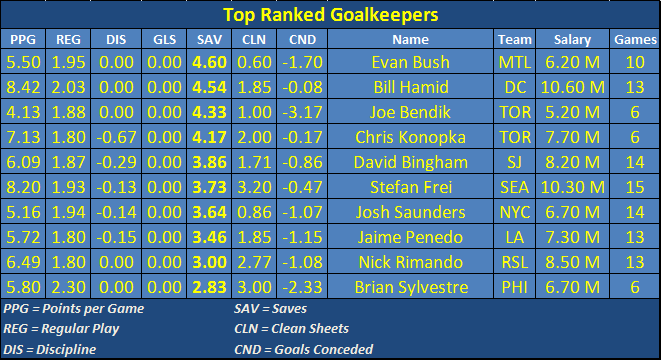 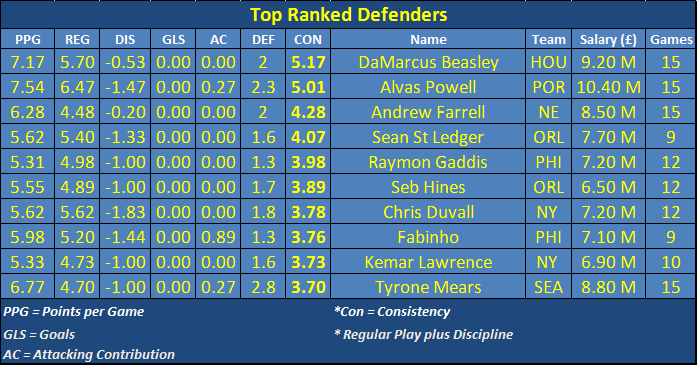 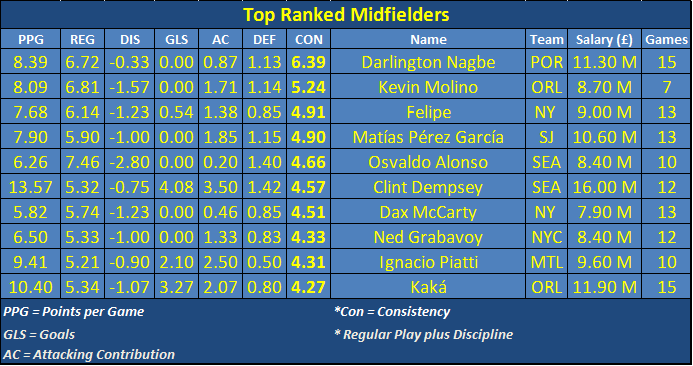 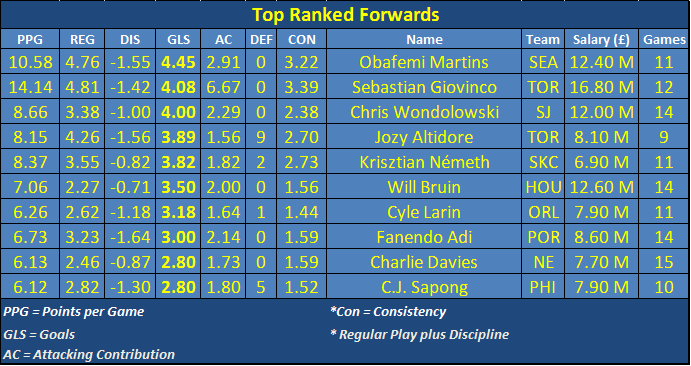 Forwards – The claims of Sebastian Giovinco are impossible to ignore. The Italian has been in incredible form lately and is joined by fellow Toronto forward Jozy Altidore who should be good for some game time here. Kansas City’s Krisztian Németh , back from International duty with the Hungarian national team,  completes our 3-man attack.

Midfielders – Headline selection Ignacio Piatti  will be joined in midfield by New York duo Felipe Martins and Dax McCarty and the brilliant Darlington Nagbe, who retains his place as our highest-rated midfielder.

Defenders – Red Bull’s Chris Duvall should return here after being suspended for the midweek cup game against the Cosmos. Seattle’s Tyrone Mears and Orlando’s Seb Hines make up the rest of our 3-man defence.

Goalkeeper – Toronto’s Chris Konopka looks to have good chance of  a clean sheet here against New York City and gets the nod in goal.

Cherry on the Cake »