Barcelona and Atlético Madrid are going head-to-head for the La Liga title and they are also facing off against each other for a place in the semi-finals of the Champions League.

This all-Spanish tie sees the Champions League holders go up against the 2014 beaten finalists and it promises to be a truly spectacular occasion.

The two clubs met at the same stage two years ago, when Koke’s early goal in the second leg sealed a 1-0 win for Atlético and a last-four spot as a result of their 2-1 aggregate victory.

Each of the last five meetings between the sides has been settled by a single goal, so this is likely to be a tight affair. But who will come out on top?

The contest is likely to be decided by how Atlético Madrid cope with the irresistible Barcelona front line of Lionel Messi, Neymar and Luis Suárez – the trio gleefully dubbed MSN by the press.

Each of the strikers has hit at least 20 goals in La Liga so far this season, even though they have managed to miss no fewer than eight penalties between them; a strange weak spot for Barca. 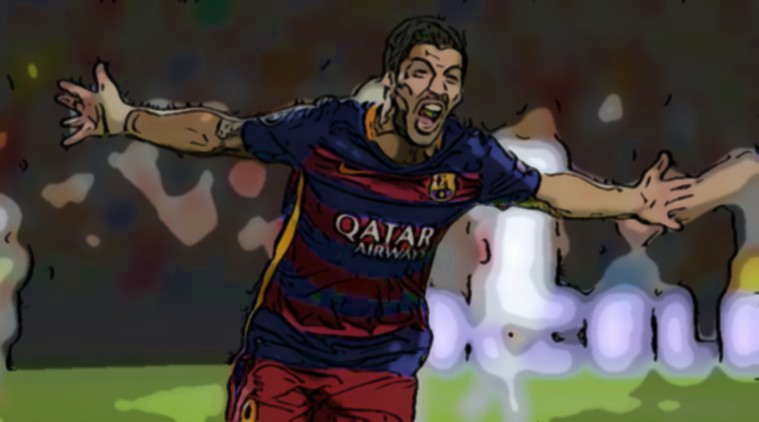 Suárez – who was not yet at Barcelona when Atlético knocked the Catalan giants out two years ago – has led the way with an incredible 26 league goals, as well as a further six in Europe.

But if anyone can stop Barcelona from becoming the first team in over 25 years to defend the title, perhaps it is Diego Simeone’s Atlético Madrid.

Atlético recently conceded just one goal in six league games, although they then came back to earth with a bump with a shock 2-1 defeat at Sporting Gijón. It is telling that Atlético’s two highest rated players on WhoScored this season are defenders – Diego Godín and Filipe Luís are both ranked slightly above top scorer Antoine Griezmann, who has hit 24 goals in all competitions.

However, perhaps it is key that Barcelona – in the quarter-finals for the ninth year in a row – have beaten Atlético twice this season, with both matches ending 2-1 in favour of Luis Enrique’s side.

Barcelona will also still remember the dramatic conclusion to the 2013-14 La Liga season at the Camp Nou, when Godín cancelled out a goal by Alexis Sánchez to give Atlético their first league title in nearly 20 years.

Another statistic in favour of the first leg hosts is that Bayern Munich are the only team to have beaten Barcelona at the Camp Nou in the Catalan outfit’s last 36 home European games.

No Champions League daily fantasy football team will be complete without at least one of Barca’s fabled MSN forward line, but choosing between the trio is extremely tough. 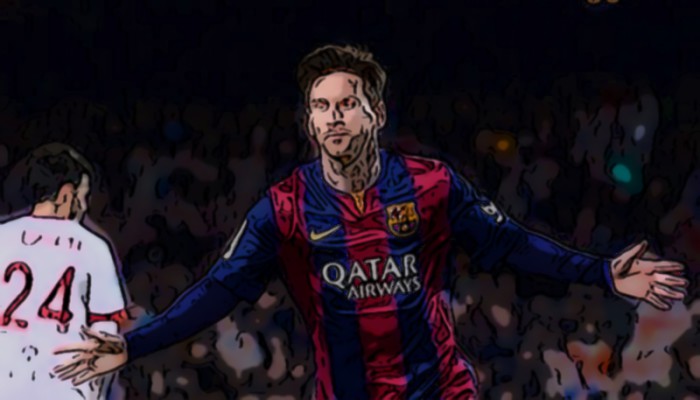 Suárez is perhaps likely to be the best value pick of the trident, but many players will be tempted to try and stuff all of the attackers into their fantasy football teams. Messi, so often the fulcrum of Barcelona’s attack, has scored 25 goals in 28 games against Atlético, a quite remarkable record, so there’s no real surprise to see him valued at the inflated price of $9,900 on DraftKings.

Ivan Rakitić has also shown a canny knack of coming up with a big goal, while Jordi Alba is a major attacking threat from left-back too. Perhaps Arda Turan will be a good bet as well, facing his former club. The Turkey international has been in and out of the Barcelona team but adds pace and directness to the side when selected.

Griezmann is certainly Atlético’s primary goal threat, with the France international hitting four goals in the Champions League already this season – it has been a breakthrough year for him. Fernando Torres may start as a sub but he has scored 10 goals against Barcelona in 14 matches. 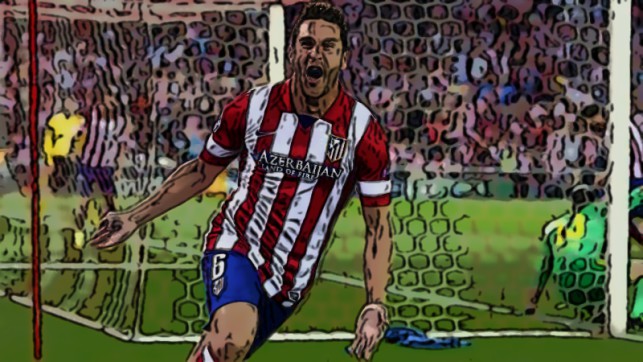 Like Alba, Filipe Luís loves to raid forward from full-back, while key midfielder Koke has nine assists in La Liga this season and he takes many of Atlético’s set pieces too.

José María Giménez is taking on more responsibility in Atlético’s back line and if they can keep it tight, he and goalkeeper Jan Oblak are worth considering for daily fantasy football teams as well.

Finally, Gabi has created three goals for his Atlético colleagues so far in the Champions League this season, as well as contributing a single goal. He could well be a bargain choice.

« The epitome of 19th-century football