The biggest transfer saga of the season continues. Will David de Gea be a Real Madrid player next season?

The 24-year-old has enjoyed an excellent season, but is the time right for de Gea to move to Real Madrid? Opta-powered fantasy football game www.oulala.com took a look at de Gea against the man he will be looking to displace at Real Madrid, Iker Casillas.

Of the six key areas analysed it is Madrid’s current number one that comes out on top in every single criteria. 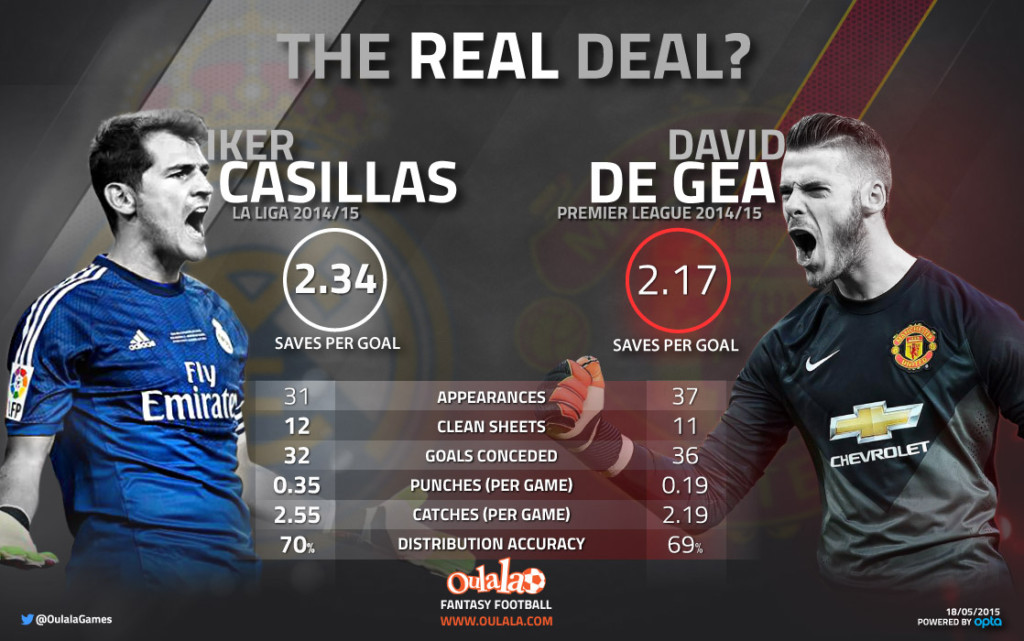 Despite making six league appearances more than Casillas this season, de Gea has one clean sheet less and has conceded four more goals than the 33-year-old.

It could be argued that the keepers play in different leagues or behind a different set of defenders. However the further four stats analysed take a firmer focus on the keeper’s individual performances.

Most importantly, the Madrid shot-stopper has made more saves per goal (2.34 to 2.17). A stat that holds the most weight when comparing the influence the goalkeepers have had for their sides.

Furthermore, Casillas has also boasted a superior distribution accuracy, albeit narrowly (70% to 69%).

Is a place on the Madrid bench the best the 24-year-old can hope for?