The North-London derby is always a tasty affair but Sunday’s game includes an added ingredient that should make it a little more interesting.

Fantasy football game www.oulala.com have taken a look at the weekend’s game between Arsenal and Tottenham and have revealed that the match will see 2015’s best striker go up against the year’s best defence.

In 2015, Spurs striker Harry Kane has scored the most Premier League goals of any player. His tally of 21 puts the 22-year-old three ahead of his nearest challenger, Manchester City’s Sergio Agüero, who has 18 this year. 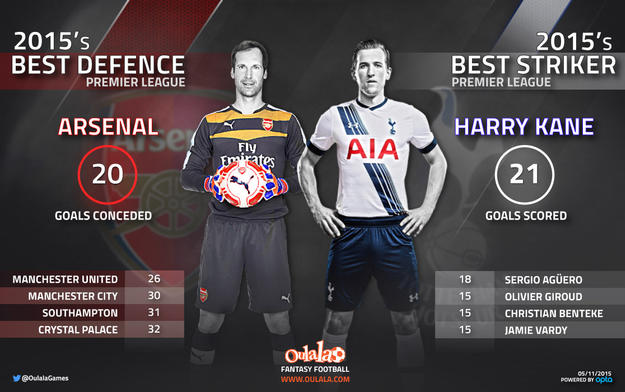 Kane will be looking to continue his goal scoring form for the year against 2015’s best defence, Arsenal.

The Gunners have conceded the fewest goals of any Premier League side during the calendar year, just 20. According to Oulala’s stats that’s six fewer than any other team. Manchester United have conceded 26 goals in 2015.

Harry Kane has scored four goals in his last two Premier League game’s while Arsenal go into the game following a 5-1 defeat to Bayern Munich in the Champions League on Wednesday.

Arsenal were missing defensive duo Laurent Koscielny and Héctor Bellerín against Munich through injury. Arsenal manager has stated that the centre-back has a small chance to feature on Sunday, while the right-back is a major doubt.