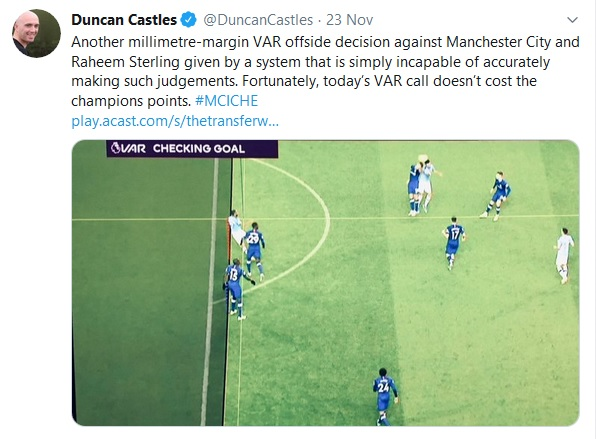 Sterling set to cash in on a proper green fixture

Gameweek 13 was a week to forget for Raheem Sterling owners as the Englishman saw a stoppage time goal ruled out by yet another VAR controversy. Sterling, the second highest Fantasy Premier League points scorer in 2018/19 behind Mo Salah, is now included in less than one third of all FPL squads and last week’s marginal call against the Chelsea defence may well have been the final straw for many.

Coincidentally, Salah’s ownership has also plummeted, with the Egyptian now included in less than 25% of all teams and it’s his Liverpool team-mate Sadio Mane that many have turned to.
Mane has been in tremendous form, with his aerial prowess proving to be a lethal weapon time and again, so it was intriguing to see that the Senegalese international has been matched up against Sterling in one of the GW14 fantasy prop bets offered by BetOnline. 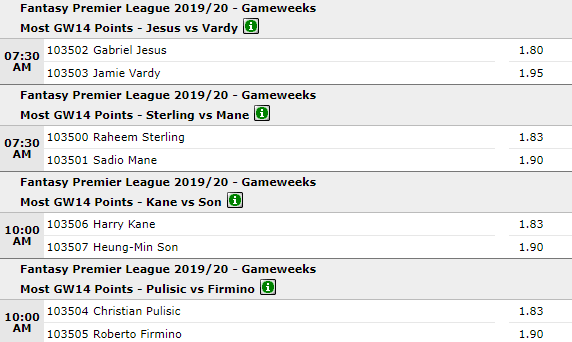 At first glance, it might appear that Mane has the pick of the fixtures but that it is not really the case. City’s trip to Newcastle has been downgraded to a green fixture with a rating of 2, having originally been allocated a grey slot and a rating of 3 on the Premier League’s Fixture Difficulty Rating scale.
However, these ‘green’ fixtures can be somewhat misleading. Bottom of the table Watford, who are only expected to score 1.15 goals at Southampton this weekend as well as having a 0.35 goals inferiority expectancy to their hosts, are also flagged as having a green fixture.
According to the bookmakers, City are expected to score 2.8 goals while boasting a supremacy of 2.15 goals for their trip to Newcastle and no other club, Liverpool included, who host Brighton at Anfield on Saturday, can match these figures this weekend.
If you are regular visitor to this site, you will know that we encourage all Fantasy Premier League managers to use betting lines as a guide and we feel strongly that they are the best gauge when it comes to identifying proper ‘green’ fixtures.
Despite trailing Liverpool by 9 points, the Citizens have been carving out chances for fun. Data from Understat reveals that the top 5 spots for xG90/xA90 combined for all players that have played at least 360 minutes in the Premier League this season are occupied by Pep Guardiola’s charges. Sterling sits amongst them yet we need to look all the way down to 17th place to find Mane.

Sterling, who is surely due a change of luck, gets the green light based on fixtures alone. We think he can get the better of Mane this weekend and also feel that he is being strongly overlooked as a viable captaincy option for GW14 based on some eye-catching stats from earlier in the campaign when he played alongside Gabriel Jesus.

« When will we see a VAR pitchside review in the Premier League?