Keeping track of which players are the nominated set piece takers for each club is a necessity for anyone who is serious about their fantasy football. It would be virtually impossible to top a leader-board without picking up a number of fantasy points from goals and assists so finding players who are assigned responsibility for penalty kicks, final third free kicks and corners kicks should never be under-estimated. This process can be somewhat time-consuming so we’ve provided an update which summarises trends form the first half of the season.

Fluctuations will occur throughout the course of the season when players fail to produce the goods on a consistent basis. On top of this, club managers will have to bed-in new signings while wrestling with any injuries, suspensions or other team selection dilemmas that present themselves.

Arsenal lead the pack at the half-way stage even though their squad is being stretched to the limits by a crippling injury list. Mesut Özil is on course to smash Thierry Henry’s Premier League assists record and may well be crowned player of the year in the process if he can see off the challenge of Riyad Mahrez. The German is the chief threat from direct free kicks and has been taking the majority of corner kicks since Santi Cazorla got injured. The diminutive Spaniard is a real dead ball specialist as well and the club’s number one penalty taker but his absence and the Gunners lengthy casualty list has given Olivier Giroud more game time, allowing the Frenchman to get on the scoresheet more often and he has not disappointed with spot-kicks either.

What a year it has been for Leicester City – bottom last Christmas, top at Christmas one year on! Jamie Vardy and the aforementioned Mahrez have been claiming all the plaudits and rightly so. The Englishman is 3 from 3 from the 12 yard line but has played second fiddle to the Algerian who converted all 4 of his penalties prior to blotting his copybook by missing one in the stalemate with Bournemouth. Marc Albrighton is capable of some terrific crosses and is the preferred flag-stick specialist while Mahrez and Christian Fuchs have also contributed. Matty James may feature when he recovers from injury.

Sergio Agüero’s fitness issues are threating to derail Manchester City’s title charge as illustrated in this WhoScored article by Miguel Delaney which focuses on stand-in Wilfried Bony’s inefficiency in front of goal. The Argentine striker, who is the Citizen’s first choice penalty taker, rarely completes the full 90 minutes and this has resulted in other players being given the chance from the spot. Yaya Touré took his chance and also remains a threat from free kicks whenever he is on the field but both Aleksandar Kolarov and Wilfried Bony have fluffed their lines from the penalty spot. Kevin De Bruyne has started to display his set piece prowess and is establishing himself as the number one corner kick taker, supported by David Silva, Jesús Navas and the Serbian left-back.

Tottenham seem to have a real hunger about them this season and are starting to put together a serious title challenge characterised by last minute winners which always augurs well. Andros Townsend is seemingly out of favour so Christian Eriksen is the main man. The Dane, who is a real threat from direct free kicks, has been targeting the near post area with his corner kicks and it has paid off on a few occasions. Erik Lamela is also contributing, taking his share of corners while Harry Kane is 2 from 2 from the penalty spot.

Crystal Palace are flying high in the table and have picked up 17 points from their first 9 away games. Yohan Cabaye is the main man for all set pieces while Jason Puncheon is more than capable of playing his part. Bakary Sako will figure when given the chance and the confident Connor Wickham could be one to keep an eye on in the second half of the season.

Louis van Gaal’s stubbornness and refusal to leave the dugout is not endearing him to Manchester United fans. Injuries have not helped his cause either, and Memphis Depay, who despite showing some early season promise is struggling to establish himself not only in the first team but as the main man for dead ball execution. Juan Mata remains the number one choice for penalty kicks while Ander Herrera and Wayne Rooney are capable of chipping in but the most notable development for fantasy managers is the emergence of Daley Blind in the role of preferred corner kick taker. 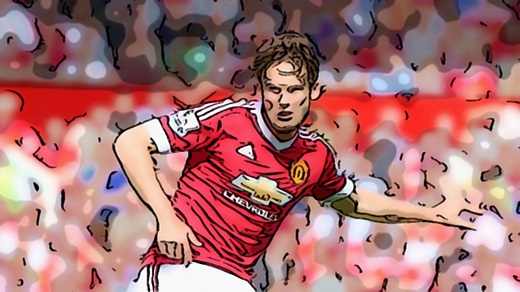 Even though Jurgen Klopp has replaced Brendan Rodgers in the Liverpool hot-seat results continue to be somewhat indifferent. The German still hasn’t stamped his authority on the team and first team places remain very much up for grabs. This is reflected in the set piece department with a number of players being utilised on corner kicks. Philippe Coutinho, Alberto Moreno, Adam Lallana and Jordon Ibe have all assumed some responsibility alongside James Milner, who has been taking the majority, in addition to penalty kicks.

No player took more corners than West Ham United’s Dimitri Payet in the first half of the season. The brilliant Frenchman, who only started 12 games, poses a real threat in final third situations and the Hammers will be glad to have him back from injury. There are plenty of other options available to Slaven Bilic with Mauro Zárate, Manuel Lanzini, Aaron Cresswell and Victor Moses all being adept at dead balls while veteran Mark Noble will chip in when required and took his chance from the penalty spot earlier this season.

Odion Ighalo has been the star of the show for a Watford side that have surprised many and currently sit in the top half of the table but strike partner Troy Deeney is the assigned penalty taker and he has converted all 4 opportunities to date. Neither Adlène Guédioura nor Alessandro Diamanti have featured much so far meaning set piece responsibility has fallen primarily on the shoulders of Ben Watson, Jurado and Almen Abdi with Watson even managing to get on the score-sheet directly from a corner kick, courtesy of a small nick off a Manchester City player at the weekend.

Bojan Krkic and Marko Arnautovic are both 2 from 2 from the penalty spot for a Stoke City side that has shed its dour image and now possesses a forward line that is the envy of many sides in the division. Both of the aforementioned players pose a threat from direct free kicks as does Xherdan Shaqiri, who is also taking the majority of corner kicks. Charlie Adam isn’t a guaranteed starter these days but will play his part when given the chance.

With the transfer window now open we will provide you any significant updates that might impact on any of the above information as the remainder of the season unfolds. In the meantime stay tuned for the second part of this mid-season set piece report where we’ll assess those sides that find themselves in the lower reaches of the table.

« The Battle of the Big Men

Is ‘the Alpine Messi’ eyeing the Capital? »