Is ‘the Alpine Messi’ eyeing the Capital?

We’ve reached the semi-final stage of this season’s Capital One Cup and there are a couple of intriguing 1st leg ties for fantasy managers to get their teeth into. All 4 teams will fancy their chances of making it through to the final but Stoke City and Everton will probably need to get off to a flying start if they are to progress. Both sides will start as under-dogs in their respective home games and goals look to be at a premium at the Britannia Stadium where Liverpool will be the visitors.

We’ve looked at some of the trends from the games played to date in this season’s English Premier League to identify a few key pointers that might help with those fantasy football selections:

Stoke City last secured a League Cup victory back in 1972 when they defeated Chelsea 2-1 with George Eastham grabbing the winner. It wasn’t the first time that Eastham had hogged the headlines though. A few years earlier he won a landmark court case that effectively transformed the British transfer market when he went on strike after Newcastle United refused to let him leave. 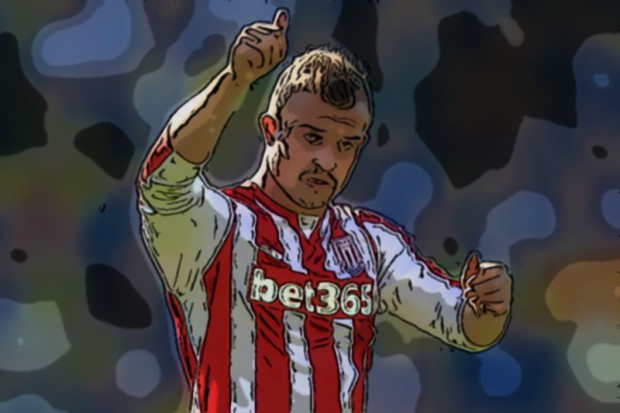 Eastham played as an inside forward and Stoke City have been surprising a few sides this season with their flexibility and freedom of movement. They have been buoyed by the form of a re-invigorated Xherdan Shaqiri and the Swiss International is starting to show glimpses of the ability that earned him his nickname ‘the Alpine Messi’. It wouldn’t be the biggest surprise to see the Potters upsetting Jurgen Klopp’s out of sorts Liverpool side in this one.

This Cherry can pick a pass »