Daily fantasy football players should already be aware of the vital importance of selecting a range of penalty takers and set piece specialists in their teams.

Having regular points scored from set pieces can make the difference when competing for big cash prizes, so researching clubs’ regular free kick and penalty takers is well worth the effort.

Read on for the Fantasy Football Portal guide to five of La Liga’s most effective set piece specialists and penalty takers.

Cristiano Ronaldo has not scored a free kick yet this season, but the Portuguese superstar has been typically reliable from 12 yards.

Ronaldo has scored four out of the five penalties he has taken for Real Madrid in La Liga this year, missing just once when he blasted over the crossbar against Real Sociedad. The 30-year-old made amends by converting another penalty later in that match.

Despite the excellent claims of teammates Gareth Bale and James Rodriguez, Ronaldo usually pulls rank from set pieces and he still takes the majority of his team’s free kicks despite his poor record so far this season, while newly appointed coach Zinedine Zidane has confirmed Ronaldo will continue to take the free kicks and penalties for Real Madrid.

Ronaldo’s incredible ability from set pieces is too great for the dry spell to go on for too much longer and it would be no surprise at all if he starts finding the net from free kicks again soon.

Borja Bastón, the striker on loan to Eibar from Atletico Madrid, has been one of the finest attackers in La Liga so far this season.

The 23-year-old is enjoying a breakthrough campaign and he has scored 14 goals from only 15 starts in La Liga, converting both of the penalties he has been asked to take for his side.

Borja is a player with a great future ahead of him and his coolly taken spot kicks are a sign of this burgeoning young star’s vast reserves of confidence.

Kévin Gameiro has not been quite at his best for Sevilla this season, but the France international has been as reliable as ever from 12 yards.

Gameiro has stepped up to take three penalties for his team so far, scoring all of them, and he is in his best run of form of the season too, having recently hit back-to-back braces against Athletic Bilbao and Malaga.

Sevilla are pushing for European qualification and if they are to secure a place in the top six of the La Liga table they will need Gameiro to continue putting those penalties away.

Leo Messi has been in oddly poor form from 12 yards this season, but he has made up for a couple of penalty misses by scoring some glorious free kicks.

Messi has missed two of the four penalties he has taken for Barcelona so far this year, with teammate Neymar having also failed to convert two of his penalties – it must be catching at Barca.

Ballon d’Or winner Messi has hit 11 goals in an injury-affected season for the La Liga holders and arguably the best of the lot was a stunning direct free kick against Deportivo La Coruña. Messi stepped up to whip an unstoppable curling effort into the top corner from almost 30 years.

He was at it again in the Copa Del Rey against Espanyol recently, crashing in a wonderful set piece off the underside of the crossbar to put his team in control of the cup tie.

Messi is the most expensive Fanaments player in this weekend’s La Liga fantasy soccer contests.

Dani Parejo might just be the best set piece specialist in La Liga, having been the division’s top scoring Spaniard for the last couple of years,

Parejo has converted both of the penalties he has taken for Valencia so far this season, but it his delightful free kicks the midfielder is best known for. 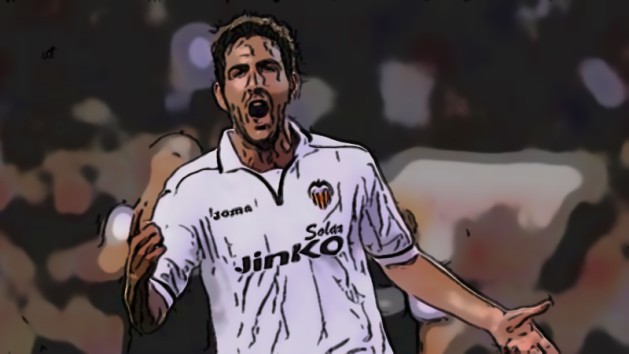 The 26-year-old showed off his unique deadball technique against Athletic Bilbao, sweeping the set piece in from the corner of the penalty area, and he was at it again just a few weeks later, giving the Celta Vigo goalkeeper no chance with a 20-yard effort that found the postage stamp.

Parejo has scored five goals and provided three assists for Valencia in La Liga this year, despite the team remaining winless in the league since the appointment of Gary Neville.