Manchester City’s Premier League title hopes were dealt a blow this week when playmaker Kevin De Bruyne was ruled out for over two months with a serious knee injury.

De Bruyne was the catalyst for City’s comeback against Everton in the League Cup on Wednesday, but the Belgian’s injury marred Manuel Pellegrini’s side booking a place in the final.

“I’ll work hard on my recovery and hope to be back on the pitch asap. Thank you all for the supportive messages!” posted De Bruyne on his Twitter page. “Just got back from the specialist. I’ll be out for around 10 weeks.”

De Bruyne’s injury means he should return for the final weeks of the season, but City will be without the star for their Champions League tie against Dynamo Kiev, while he will also miss City’s League Cup final against Liverpool.

How will City cope without De Bruyne, and how will his absence affect fantasy football teams?

De Bruyne has been a very solid fantasy performer this season, registering five goals and nine assists as City hunt another Premier League title, but his injury has already led to well over 200,000 players on the official Fantasy Premier League game transferring him out of their teams.

City have relied heavily on their record signing at times this season, with De Bruyne forming an immediate understanding with fellow attackers Raheem Sterling, Yaya Touré and David Silva.
Silva (one goal, eight assists), Touré (six goals, four assists) and Sterling (five goals, three assists) will have to step up their games if City are to continue competing on all domestic and European fronts – they are currently on track to record a historic quadruple.

Pellegrini has ruled out entering the transfer market to buy a replacement for De Bruyne.

“We knew after the game it was a serious injury – not a season-ending injury as it was not a cruciate – but an important injury and will be out for 8-10 weeks,” the Chilean coach revealed.

“We must continue playing with the whole squad if we want to be a competitive team. It’s an important player less but we must continue with optimism and give responsibility to the squad.

“It’s not our intention to bring in anyone in January. In some moments we couldn’t play with Sergio [Agüero] or David and now we play without Kevin.”

The resurrection of Jesús Navas?

De Bruyne’s arrival was bad news for one City player in particular – Jesús Navas. The Spaniard was sidelined as a result of the Belgian’s seamless arrival in English football and has found himself restricted to a bit-part role.

Despite a lack of game-time, Navas has still been able to contribute five assists although he has not scored in the Premier League so far this season. 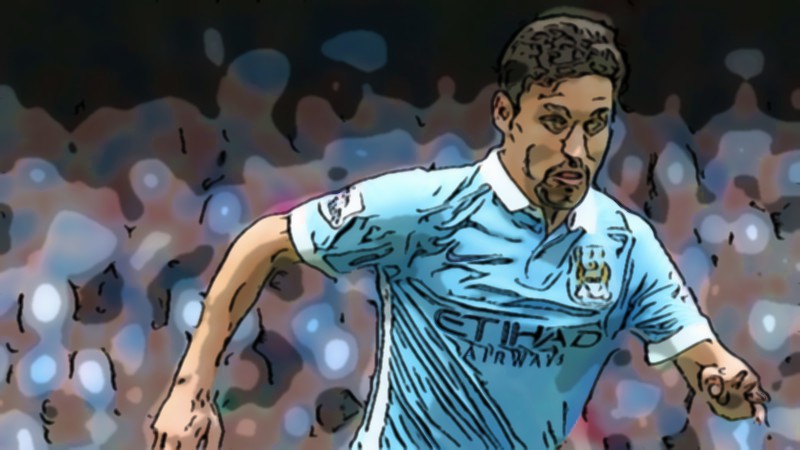 If De Bruyne’s injury opens the door for anyone, it could well be Navas. But he has big boots to fill, with De Bruyne having been City’s best player since arriving from Wolfsburg last summer.

De Bruyne’s WhoScored rating for his 19 Premier League matches is 7.44 – the highest in City’s squad – while his nine assists is also the team’s highest. By contrast, Navas is rated at just 6.81, although nine of his 21 Premier League appearances have been from the bench.

Fantasy players needing to replace De Bruyne have a wide range of alternatives to choose from. Silva, Sterling and Touré can all be high-scoring players on their day, but away from City there may well be better budget picks available at other clubs.

Roberto Firmino has developed into a key player at Liverpool since the arrival of Jürgen Klopp. The Brazilian is rated as a midfielder in many fantasy games despite Klopp often using him as a central striker in recent weeks. Firmino has scored four goals in his last three league matches.

Another player classified as a midfielder who has been playing up front of late is André Ayew. Swansea City have pulled away from the Premier League’s relegation zone and it has been Ayew who has been their key man, scoring two goals in his last three matches.

Finally, Christian Eriksen has been coming into form as Tottenham’s unlikely title challenge starts to take shape. He scored twice – although both goals were heavily deflected – as Spurs beat Sunderland 4-1 before providing an assist in their last match, a 3-1 win against Crystal Palace.

De Bruyne’s injury could give fantasy players the chance to freshen up their teams, with Eriksen, Firmino and Ayew all fantastic options for the coming weeks.