La Liga has by far the best forwards in world football, with Cristiano Ronaldo and Lionel Messi arguably two of the greatest players of all time.

Ronaldo and Messi are both having fine seasons, but there is a sense the baton is being passed on to the next generation, with many young attackers starting to steal their shared spotlight.

Selecting a La Liga daily fantasy team is particularly challenging as many of the big names have huge price tags, so here is the Fantasy Football Portal guide to five forwards you can likely afford.

It has been a breakthrough season for Lucas Pérez, who scored just six goals for Deportivo La Coruña in his first campaign at the club last year.

Pérez has hit 13 goals already to become a genuine contender for the Pichichi goals prize, with the 27-year-old having also contributed three assists for his side, who are safely in mid-table.

Having recently broken a five-game dry spell, Pérez will be hoping to find the same level of form he struck throughout the autumn, when he found the net in seven successive league matches.

Pérez is also one of an elite club of strikers who have scored against Atlético Madrid, who have the meanest defence in the league, this season.

Minnows Eibar are flying high in La Liga and much of their success this season has been down to the outstanding goalscoring prowess of their talented young forward Borja Bastón.

The 23-year-old is on loan at the club from Atlético Madrid and looks destined for a huge future having scored 14 league goals from just 15 La Liga starts so far this season.

Borja forced his way into the team with a run of six goals in five games earlier in the campaign and he is in the middle of another hot streak having hit back-to-back braces as Eibar recently beat Granada 5-1 before being defeated 5-2 by Athletic Bilbao.

With seven goals in his last five matches there are few players performing as well as Borja is now.

Among the biggest stories in La Liga this season has been the brilliant form of Aritz Aduriz, who continues to score regularly for Athletic Bilbao despite coming towards the end of his career.

Aduriz, 34, is well in the hunt for the Pichichi having hit 13 league goals so far this season, as well as providing another four assists for his team, earning an overall WhoScored rating of 7.50.

In fact, Aduriz has scored 25 goals in all competitions this season and is arguably the hottest striker in Europe right now. His Europa League form was particularly superb, with the veteran striker scoring six goals in five group match appearances as Athletic topped Group L comfortably.

Unstoppable in the air, Aduriz has hit five goals in six games in all competitions, including a brace against Eibar in his last La Liga match, for which he earned a huge WhoScored rating of 9.74.

While Aduriz represents the old guard, nobody encapsulates the newcomers who are thrilling La Liga more than Atlético Madrid’s Antoine Griezmann, who like Pérez is enjoying a brilliant breakthrough that has led to speculation he could be prised away from the club in the summer.

Previously used primarily as a winger, France international Griezmann is increasingly being deployed as a central striker by coach Diego Simeone and he has repaid that faith in style by scoring 19 goals in all competitions, with 12 of those strikes coming in La Liga.

Griezmann’s combination of searing pace and lethal finishing has pushed Atléti towards title contention, although his crossing could improve as he has only provided two assists this season.

Neymar might be one of the most expensive players in La Liga daily fantasy football games, but he has been worth every virtual penny for managers who select him this season.

The Brazilian has been in devastating form for Barcelona and his league performances have won him a WhoScored rating of 8.78 – by a long distance the highest score in the division this season. 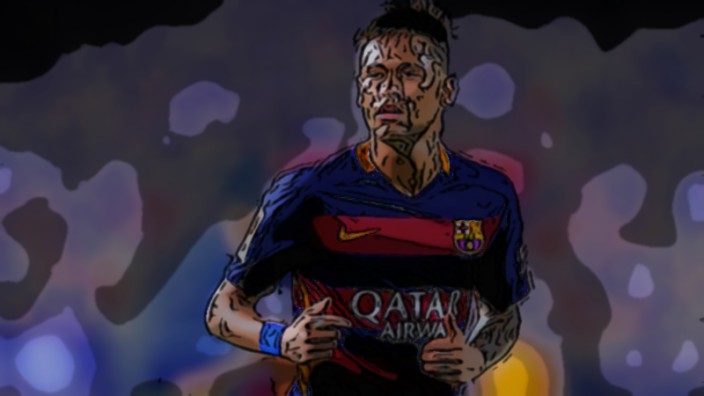 Neymar, still just 23 years of age, has been virtually unplayable at times this year, racking up 16 La Liga goals and contributing a further nine assists as Luis Enrique’s men look to defend the title.

The forward has scored in each of his last four matches and with an array of dazzling tricks and skill moves up his sleeve, Neymar has been truly a joy to watch for last year’s treble winners.