West Bromwich Albion entertain Swansea City in Gameweek 24 and goals look to be very much at a premium. The Baggies are averaging just 3 shots on target per game this season and failed to muster even one in their latest Premier League outing, a feat they were achieving for the 4th time this season, as revealed in this WhoScored column by Martin Laurence. With Saido Berahino seemingly heading to Spurs or Newcastle United on deadline day, this pattern is unlikely to be reversed in the near future.

The Swans, Tuesday’s visitors, have had their own problems in front of goal this season, and are averaging less than a goal per game themselves. The bookies are showing no sympathy for either side and have assigned this fixture with what must surely be the lowest goal expectancy of all games played to date during the course of this campaign.

Tony Pulis has been utilising two centre-backs as make-shift full-backs, in the shape of Jonny Evans and Craig Dawson, so it’s no major surprise to see them lacking any form of creative spark. However, the extra solidity this brings could be good news for fantasy football managers who like to pack their defences with blocks of players from the same team, in their search for those elusive clean sheet bonus points. It should be noted that Dawson has in fact chipped in with 2 goals as well, but despite putting in plenty of crosses, he is still searching for his first assist of the season.

League-leaders Leicester City host Liverpool in what is surely the game of the round. The brilliant Riyad Mahrez has been valued at just $8.8m on FanTeam and that looks great value when you consider that he is the highest points scoring Premier League player under their rules this season. 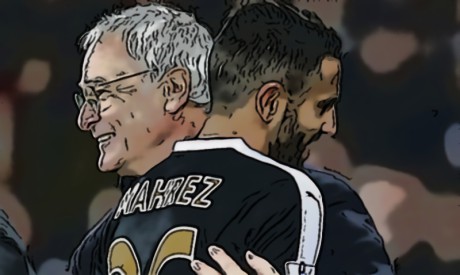 The Algerian has been taken off penalty duties for the time being, after a couple of recent misses, but he still has 13 goals and 8 assists to his name.

Elsewhere, Manchester United players might be popular after they put in an improved attacking display at Derby County in the FA Cup but Stoke City are no pushovers these days so that tactic could easily backfire.

Will faster Daily Fantasy Sports crush the competition at ICE ? »