Konoplyanka holds all the aces

Europa League holders Sevilla are seeking a third straight title in the competition, but first they have to get through a daunting semi-final against Shakhtar Donetsk to book their final spot.

After a 6-1 aggregate victory against Braga in the last round, the Ukrainian side cannot be underestimated, but there is no doubt Sevilla will be strong favourites in this clash.

Sevilla are unbeaten in their last five meetings with Ukrainian clubs, including a 3-2 victory against Dnipro in last year’s final, while they also beat Shakhtar dramatically in 2007. Ukraine is traditionally one of the hardest destinations in European football, however, Sevilla have coped better than most with the journey, winning on each of their last two trips to the country.

What should daily fantasy football players be looking for from this match?

He said: “It is a rival with a lot of history and brings back memories. It has an important European history and an experienced coach – they are used to winning. It will be intense and beautiful. Everyone involved with Sevilla loves this competition and is willing to battle for it.”

Experienced Shakhtar coach Mircea Lucescu admits that travelling to Sevilla for the second leg will be “complicated” for his side.

“All opponents were equally difficult. It will be slightly more complicated because we play the first game at home,” he said.

“Nine years ago, Sevilla qualified thanks to incredible luck and inspiration from Andrés Palop. I do not think about that game.”

The name of Andrés Palop is irresistibly linked with these two teams, as he wrote his name into the football history books when the teams last met in the round of 16 of the 2006/07 UEFA Cup.

After a 2-2 draw in the first leg of the tie, Shakhtar led the second match 2-1 and they were on the brink of booking their place in the quarter-finals of the competition.

But in the 94th minute Palop was sent up the pitch for a set piece and he produced a stunning header to send the game into extra-time, with Ernesto Chevantón scoring the winner for Sevilla.

Shakhtar and Sevilla are the only sides that remain in contention for the Europa League title having entered the competition after exiting the Champions League in the group stages, with the clubs competing in the other semi-final – Villarreal and Liverpool – having been in the tournament from the start.

Shakhtar are at their most threatening when they are able to play on the counter-attack, with the pace and ball-carrying ability of Taison one of the most important facets of their play.

Former Arsenal striker Eduardo da Silva has only started one Europa League game for Shakhtar so far this season, but he is their joint-top scorer in the competition with two goals, the same number that Facundo Ferreyra and 20-year-old midfielder Viktor Kovalenko have scored. 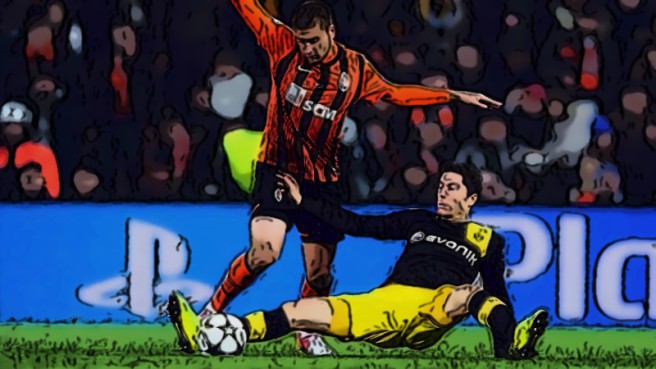 Yaroslav Rakitskiy has started five out of six games in Shakhtar Donetsk’s run to the last four of the Europa League and the defender also scored in the last round against Braga.

Kévin Gameiro has only started four games for Sevilla in the Europa League this season, but the France international has scored four goals for his side, including in the last round as Sevilla squeezed past fellow La Liga outfit Athletic Bilbao on penalties.

José Antonio Reyes is a threat off the flank for the Spaniards, providing two assists against Basel earlier in the season, but the 32-year-old has only scored one goal in 27 games this season and often starts on the bench for Emery’s men. 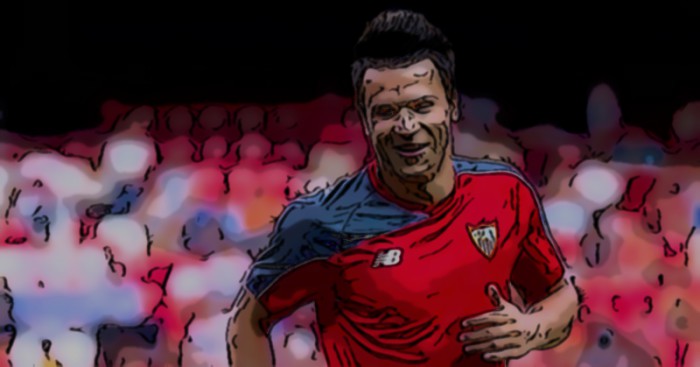 The star man in the Sevilla attack is Yevhen Konoplyanka, who has regularly been linked with a big money move to a Premier League club. The Ukraine international, who is available at $5,000 on DraftKings in their Europa League King of the Pitch satellites, will be well known to many of Shakhtar’s players from playing together for their country but stopping him will be a challenge – he has seven goals and five assists in all competitions this season.

Éver Banega makes the Sevilla midfield tick, while defender Timothée Kolodziejczak is hugely consistent and is rated at 7.22 by WhoScored for his six Europa League starts this season.

« It promises to be brutal

Tactics to the fore at a simmering Calderón »