It has been one of the strangest Premier League seasons in a long, long time.

Defending champions Chelsea started so poorly that they parted company with Jose Mourinho and surprise front-runners Leicester City have led the league for much of the campaign so far.

With the season at the halfway stage, Fantasy Football Portal takes a look at the five teams in contention for the Premier League title – and their key fantasy players to look out for.

Arsenal are the current Premier League favourites after winning five of their last six games to hit the top of the league, but Arsene Wenger’s side have not won the title for 12 years.

Despite suffering injuries to a raft of key players and spending little in the summer transfer window it currently looks Arsenal’s championship to lose.

Much of their success is due to the sparkling form of World Cup winner Mesut Özil, with the German collecting an amazing 16 assists to close in on Thierry Henry’s Premier League record.

Olivier Giroud’s ten goals have also boosted Arsenal’s title hopes, although much depends on Alexis Sanchez’s ability to stay fit. England internationals Jack Wilshere and Danny Welbeck could provide a welcome boost by returning to fitness before the end of the season.

Although Arsenal looked assured in beating title rivals Manchester City comfortably in December, their recent 4-0 thrashing at the hands of Southampton showed they are still vulnerable. 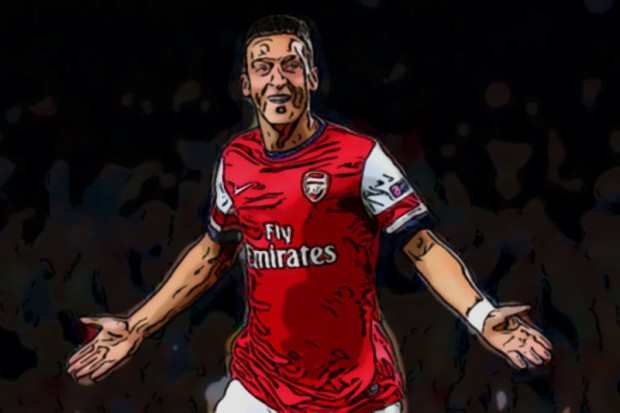 Leicester City were among the favourites for relegation in the summer, with Claudio Ranieri’s appointment as the successor to Nigel Pearson roundly ridiculed.

But the Foxes had an incredible 12 months, rising from bottom of the Premier League at Christmas in 2014 to top in 2015, with the form of two men in particular firing them to the top.

Riyad Mahrez and Jamie Vardy have arguably been the two outstanding players in this Premier League season and most fantasy football players will have had both men in their teams since the start of the season.

Vardy’s record-breaking scoring streak shot him to the top of the golden boot charts and his WhoScored rating is a superb 7.65, while attacking partner Mahrez is rated an even higher 8.09.

Leicester’s chances of maintaining an unlikely challenge will mostly depend on whether Mahrez and Vardy can keep up their scintillating form.

The addition of flying teenage winger Demarai Gray from Birmingham City gives Ranieri another way to freshen up his attack, which has failed to score in three successive league matches.

Manchester City have the strongest squad in the Premier League on paper, with the summer transfers of Raheem Sterling and Kevin De Bruyne adding even more star quality to their side.

Captain Vincent Kompany has missed much of the season though and replacement Eliaquim Mangala has struggled to settle in, although another signing for this season, Argentine central defender Nicolas Otamendi, has impressed with a WhoScored rating of 7.34.

Sergio Agüero has suffered from regular injuries, though the Argentina international striker has still hit eight goals from 13 Premier League games, five of which came in one game against Newcastle. If Agüero can stay fit and sharp, City have a good chance of catching Arsenal.

Yaya Toure is a fantasy football player to watch out for in the coming weeks. The 32-year-old midfielder has scored three goals in his last four Premier League appearances and the proven match-winner seems to be coming into form at the ideal time.

Big-spending Manchester United are nine points off the top and currently occupying fifth place in the Premier League, leading to widespread speculation about the future of Louis Van Gaal.

Many of United’s big buys have flopped, with Memphis Depay having been particularly disappointing, although Anthony Martial, who became the most expensive teenager in football history when United bought him from Monaco, has scored five goals and looks a huge talent.

Wayne Rooney recently broke his long scoring drought and ahead of Euro 2016 the United and England captain will be looking to find form, so he could be a decent choice for fantasy players.

His club and country colleague Chris Smalling has had an excellent season at the back despite Van Gaal’s regular tinkering, while goalkeeper David De Gea has been routinely brilliant despite a farcical transfer saga involving Real Madrid and a broken fax machine overshadowing his season.

Mauricio Pochettino has been doing a steady job at Tottenham but it is a sign of how in flux the Premier League is that they have been mentioned as genuine title contenders.

Spurs are fourth, six points behind North London rivals Arsenal, but in Harry Kane they have one of the league’s most reliable goalscorers. Many believed Kane would prove to be a one-season flash in the pan, but his 11 Premier League goals have kept his team in contention.

But Pochettino is too heavily reliant on Kane’s goals and it has not helped that the team’s primary playmaker, Christian Eriksen, has been out of form. Eriksen’s WhoScored rating of 7.32 is surprisingly high considering the Dane, a set piece expert, has only scored two goals this season.

One man who has shone in the Spurs midfield is Dele Alli, who has become a must-pick for fantasy players in the last few weeks. Alli has scored five goals and recorded three assists in a season that has seen him break into Roy Hodgson’s England plans.

« Which Real Madrid Players Will Benefit From Zidane Appointment?