Leicester City’s incredible start to the season may finally be fading away, as Claudio Ranieri’s side have failed to score in their last three Premier League matches.

A 0-0 home draw against ten-man Bournemouth led the Foxes to their goal, the magical 40-point mark, and Ranieri and his players cannot now bat away talk of a serious title challenge so easily.

With Leicester just two points behind league leaders Arsenal, fantasy players will be keen to see if their star players can get them back to winning ways and keep them in title contention.

Here at Fantasy Football Portal we’ve picked out five Foxes players to consider for your team.

Riyad Mahrez had a superb 2015, helping his team avoid the drop and playing a major role as they become surprise front-runners during the opening weeks and months of the new campaign.

His WhoScored rating is a massive 8.09 – by far the highest in the Premier League – and the winger has scored 13 goals and contributed seven assists in just 19 league games. Mahrez has been linked with a big money move away from Leicester but Ranieri will be desperate to keep hold of his talisman.

The question for fantasy managers is simple – can Mahrez keep up his early season form? If he can, Leicester look likely to finish in the top four and qualify for next year’s Champions League.

Mahrez’s partner in crime in the Leicester City is the force of nature that is Jamie Vardy.

The 28-year-old was playing non-league football a few short years ago but he is now the leading goalscorer in the Premier League and has been tipped to start for Roy Hodgson’s England at this summer’s Euro 2016 in France.

Vardy’s record-breaking scoring run made headlines and the rapid striker’s consistency has been incredible – he has scored 15 goals and created four more for his colleagues.

The energetic attacker is currently ruled out through injury, but a short rest could do him the power of good ahead of a busy last few months to the season. Vardy is currently four games without a goal, so fantasy players could use his injury as an opportunity to freshen up their forward lines.

Former Aston Villa winger Marc Albrighton was a forgotten man at Leicester last season, but he has been reborn under the leadership of Ranieri.

While Mahrez and Vardy have understandably grabbed all the headlines, the impact of Albrighton cannot be underestimated. He has only scored one Premier League goal, but his six assists mark him out among the leading creators in the league this season.

Albrighton takes a lot of set pieces for the Foxes so he could be a great budget pick for fantasy managers who find they can no longer afford Vardy and Mahrez in their sides.

The brilliance of Mahrez and Vardy has owed a large debt to the amount of work being done on a weekly basis by summer arrival N’Golo Kante in the Leicester midfield.

A WhoScored rating of 7.39 ranks Kante among the Premier League’s leading midfielders this season, with his hard running, interceptions and vision for a long pass catching the eye.

Kante has shown willingness to shoot at goal from well outside the penalty box, but he needs to add more goals to his game in the second half of the season.

While there is no doubt Kante has had an excellent debut season in English football, fantasy players may be put off by his modest returns of two assists and just one goal so far. 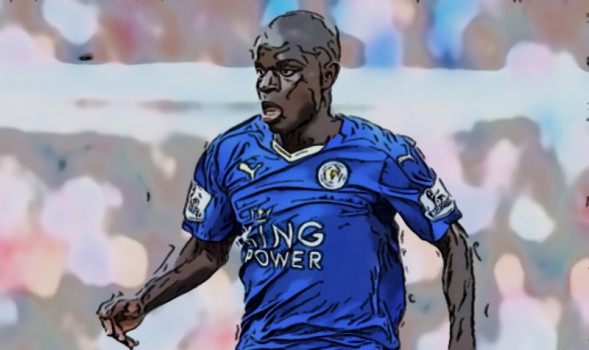 Ranieri delivers pizza to his players every time they record a clean sheet and one man who has risen to the Italian manager’s culinary challenge is Christian Fuchs.

Leicester’s counter-attacking style means they have to soak up a lot of pressure and Fuchs has been superb at full-back, solid in the tackle and able to break at speed.

Fuchs’ excellent contribution was on show in Leicester’s 1-1 draw with Manchester United, when his rapid break and superb ball for Vardy enabled the striker to score his record-breaking goal.

Over the course of the season, Fuchs has regularly been ranked above a 7 for his performances by WhoScored and he remains a key man for the Foxes.

How Will Coutinho’s Injury Affect Liverpool? »