Replacing Petr Cech. It seems like an impossible task, however, maybe not.

Stats released by Opta-powered fantasy football game www.oulala.com show that since the beginning of the 2013/14 Premier League season, Stoke’s Asmir Begovic has performed to such a level to warrant the interest that Chelsea are currently showing in the 28-year-old.

The Premier League champions have reportedly made an improved offer of £8 million for Begovic in their search for a replacement for the now Arsenal goalkeeper, Petr Cech.

Analysis comparing the pair since the start of the 2013/14 season via a per minute basis shows that Begovic could be Cech’s ideal replacement. 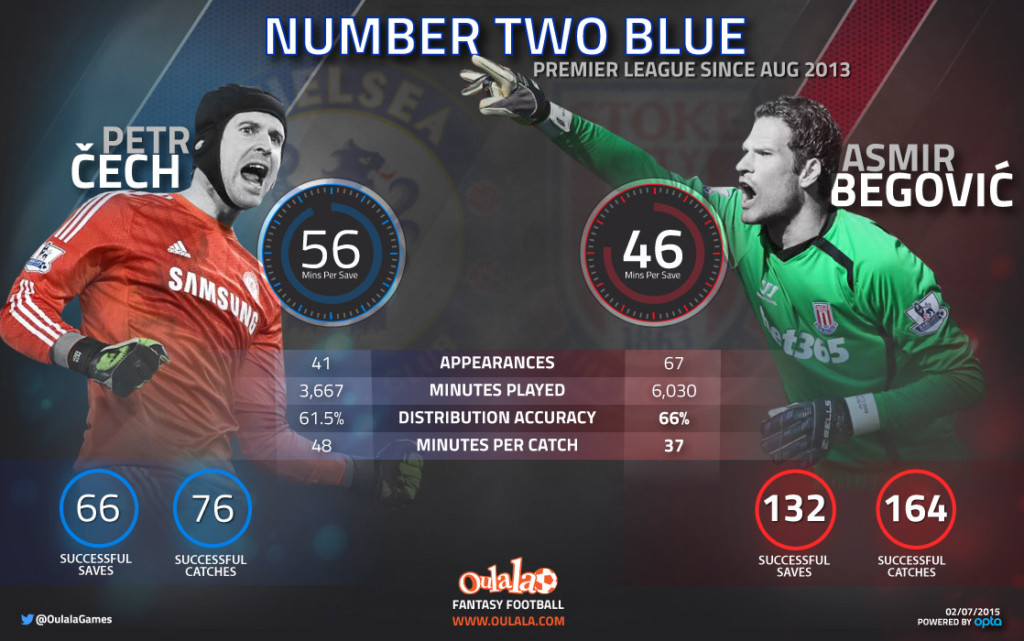 The Stoke City keeper has registered more than double the amount of saves that Cech has in the last two seasons (132 to 66) at a rate of a save every 46 minutes, compared to one every 56 minutes from Cech.

Successful catches continues with a similar theme. Again the Bosnian more than doubles the Czech for catches (164 to 76) at a rate of a successful catch every 37 minutes to every 48 minutes from Cech.

Even when it comes to distribution, Begovic leads again. The Stoke keeper has enjoyed a distribution accuracy of 66% in the last two seasons, edging Cech’s 61.5%,

Jose Mourinho has identified Asmir Begovic as the right man to replace Petr Cech at Stamford Bridge and the stats fully support that the Chelsea boss has got this one completely right…again.