January is a fascinating time to play fantasy football, with players switching clubs and teams gambling on new signings in a bid to go on to the next level.

It has been a quiet January transfer window in the Premier League so far, but a handful of deals catch the eye as having potential to be fantasy football bargains.

Here are seven players who moved in January to consider for your daily fantasy football teams.

Emmanuel Adebayor was previously one of the most devastating strikers in the Premier League and Crystal Palace will be hoping they can get the Togo international back to his best.

Palace manager Alan Pardew was desperate for a forward and in Adebayor he has signed a player who is still capable of terrorising Premier League defenders, but it is a couple of years since the striker was a regular goalscorer in the top flight. At 31 years of age, Adebayor should still be an asset for Palace, who will be looking to finish in the top half.

It says it all about Palace’s issues in front of goal that their top goalscorer is Yohan Cabaye, who has scored five goals from midfield this season, while none of their strikers have scored more than twice in the league.

Bournemouth broke their transfer record to bring the striker into the club from Wolverhampton Wanderers and if his goals can keep them in the Premier League it will be money well spent.

West Ham United have had some joy shopping in the Championship in the recent past and right-back Sam Byram is the latest gem they have unearthed from the second tier.

Aaron Cresswell and Michail Antonio have already impressed after making the step up from the Championship and former Leeds United star Byram, who can also play on the wing, looks to have the ability to make an impact in the Premier League too.

Byram’s crossing is his best asset and the 22-year-old regularly recorded assists for his old club.

Jonjo Shelvey made an immediate difference on his Newcastle United debut, with the bald-headed midfielder involved in both goals as Steve McClaren’s men beat West Ham 2-1.

At his best Shelvey is capable of contributing both goals and assists and becoming a regular squad player for England, but disciplinary and temperament problems meant Swansea City were willing to let him leave the club and join a relegation rival.

At just 23 years old, Shelvey looks to be in the last chance saloon already – he needs to impress.

Scotland international Steven Naismith looks a fine addition for Norwich City, who are fighting for their Premier League lives under the striker’s compatriot Alex Neil.

Naismith had fallen out of favour at Everton but the versatile forward is a reliable goalscorer and he found the net on his debut for the Canaries, although Norwich ended up losing an incredible nine-goal thriller to Liverpool.

Another striker to score on his debut for his new club in January was Charlie Austin, who struck within just eight minutes of pulling on a Southampton shirt for the first time.

Even more impressively, Austin’s debut goal, a fine header, came in a 1-0 win at Old Trafford to make the perfect start to life at his new club. 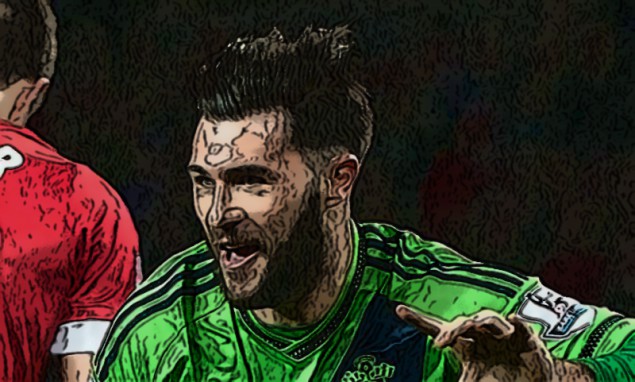 Austin scored 18 Premier League goals for Queens Park Rangers last season but that was not enough to keep his team in the top flight, while there are question marks over his fitness too. Shoulder injuries have kept him out in the past and a proposed move to Hull City fell through when he was at Burnley, after he failed a medical due to an underlying knee problem.

Austin has an outside chance of making it into Roy Hodgson’s squad for this summer’s Euro 2016 tournament in France if he continues to fire.

Watford’s return to the Premier League could hardly have gone better, with the brilliant Odion Ighalo’s goals firing them into the top half of the division and putting any relegation fears to bed.

But a recent run of four successive league defeats led to suggestions that Watford had been found out. Manager Quique Sanchez Flores responded by turning to the transfer market, bringing in Morocco international winger Nordin Amrabat.

The wide man’s pace makes him a threat on the break and he should link up well with Ighalo and his strike partner Troy Deeney.

However, in 13 La Liga appearances for Malaga this season, Amrabat failed to score a single goal and provided just one assist, for a WhoScored rating of only 6.40.