Harry Kane and his Six Pack

There’s a pulsating Manchester derby to look forward to this Sunday so we thought we would mix things up a bit and take a look at 6 a-side daily fantasy football. The Old Trafford showdown kicks off simultaneously with Bournemouth v Tottenham and FanTeam are giving their customers the chance to select a line-up with a 57m budget comprising of 6 players and 1 substitute from the 4 featured teams in either a 1-2-2, 2-1-2 or 2-2-1 formation.

We’ve identified 3 areas to focus on:

The bookies seem to think both matches are fairly evenly balanced, although Tottenham would appear to have the best chance of keeping a clean sheet. Roger East takes charge of the Cherries vs Spurs game while Mark Clattenburg has the Manchester gig. With just 2 games to focus on it’s worth looking at cards expectations for each side. Spread betting firms provide a good indicator of this with their bookings points lines and have the following mid-points: Bournemouth 21.5, Tottenham 24.5, Man Utd 27.5, Man City 34.

The FanTeam scoring system follows a similar format to that used in the official seasonal Fantasy Premier League game meaning negative points for any card issued to a player. City’s players are most at risk due to the volatility of this derby fixture so this should be factored into considerations as well.

The visit of neighbours City is the acid test for Louis van Gaal and a couple of his summer recruits – Matteo Darmian and Morgan Schneiderlin. Darmian was kept on the bench in Moscow along with Juan Mata which might suggest that van Gaal has targeted the City left flank as their main threat with Raheem Sterling, Kevin De Bruyne and Aleksandar Kolarov all capable of bombing down that side. Manuel Pellegrini is likely to see Frenchman Anthony Martial as United’s key threat and might opt for the pacier Bacary Sagna in preference to Pablo Zabaleta. Martial got on the scoresheet in Moscow and gave Seamus Coleman a torrid time at Goodison Park last weekend. 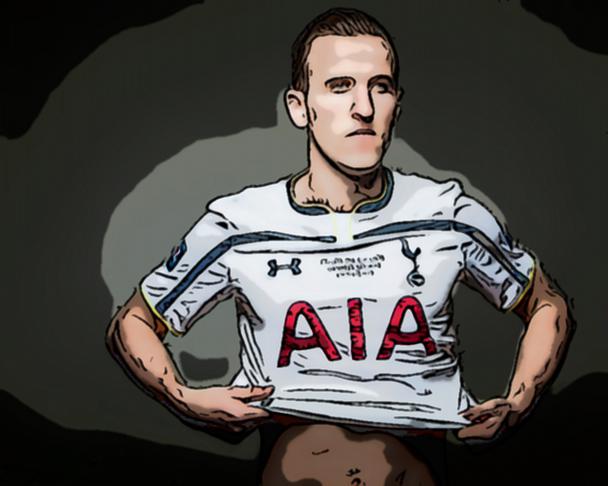 Remember that there are bonus points on offer for the best 3 performing players in each match and that your captain will earn double points. Since this is a 6 a-side contest your choice of captain is almost certain to be pivotal to the outcome.  We’ve given Harry Kane the armband and think van Gaal will get his tactics spot on so our 6-man line-up is made up of only United and Spurs players. We’re taking a chance on Ander Herrera who played superbly against Everton last weekend and was the subject of an intriguing piece by Miguel Delaney for WhoScored earlier this week. It’s not beyond the realms of possibility that van Gaal might exclude him on Sunday so don’t forget that you can edit your line-up once official team news is announced. Here’s our team of the week with Sylvain Distin selected as substitute with the remainder of the budget: 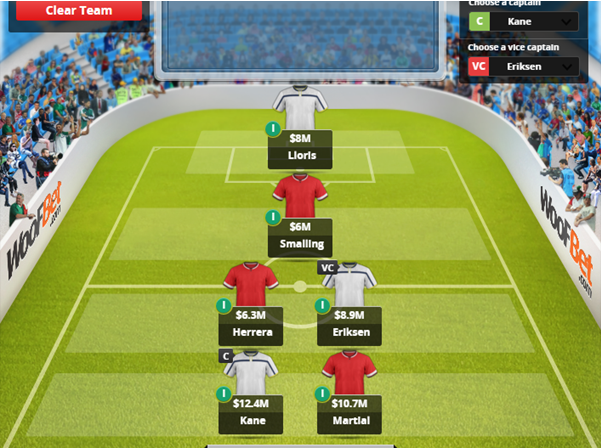